What a glorious morning we woke up to and a big decision had to be made – what to do today!  In the end we decided to go up to Shackerstone winding hole, turn around and head back to Sutton Cheney but would there be any room on the pontoon/jetty there!

I put pontoon/jetty in the last paragraph as Richard and I have a difference of opinion as to what it should be called!  I am talking about a wooden structure that is put in the water for boats to moor up to.  The Oxford Dictionary says the meaning of pontoon (me) is

A flat-bottomed boat or hollow metal cylinder used with others to support a temporary bridge or floating landing stage.

And jetty (Richard) as being

A landing stage or small pier at which boats can dock or be moored. 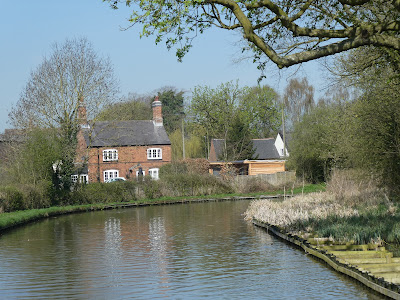 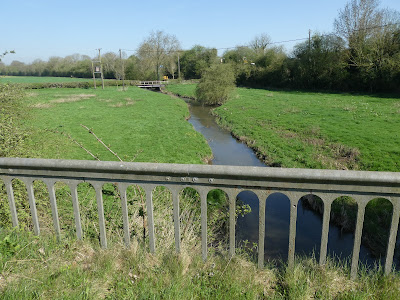 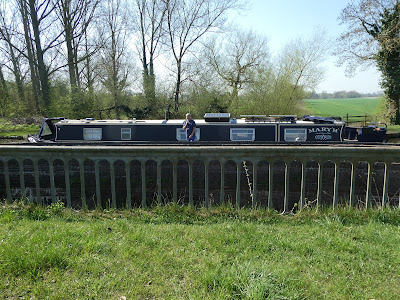 We stopped briefly at Shackerstone Aqueduct to see what was underneath!  It is the River Sence. The river rises on Bardon Hill and travels about 12 miles before joining the River Anker at Mythe.  On doing my research I came across a couple of villages which I would just love to live in!  Sheepy Magna (Great Sheepy) and Sheepy Parva (Little Sheepy)!

Richard was hailed by one of my blog readers this morning – Beaujolais.  Sorry I missed you, but I was busy writing this post!

There was a spot on the jetty, so we moored up and walked along to the café for lunch –   just a panini with a sneaky bowl of chips!  It was very hot but we were sitting under an umbrella. 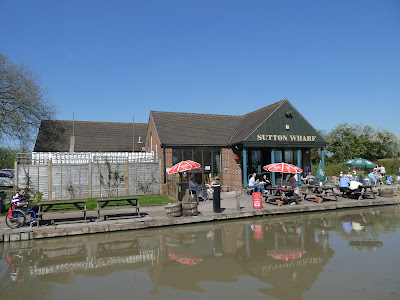 We walked back to the boat and found it really hot – 34°.  Last time we were there it was in August and all the leaves were on the trees which kept the boat cool.  Sadly, we decided to move on and see if we could find a mooring on the right side of the canal where is would be shady.  We found a nice one and moored up – the trouble was we weren’t far from a bridge which carries a fairly busy road and almost every car hooted at least once as they approached it!!  We realised that we couldn’t cope with that so moved on to just before Stoke Golding visitors moorings which were in the sun. 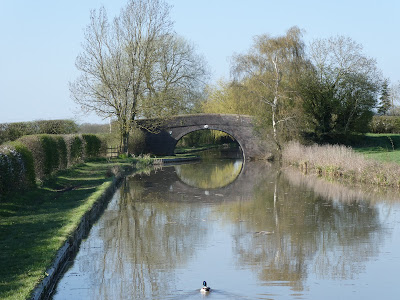 We spent a very pleasant early evening sitting on the towpath – I didn’t need to cook as we were still full from lunchtime.

Posted by Linda Gifford-Hull at 12:17