Today was our last day and the weather was feeling sad for us - crying and feeling grey!

One of the reasons for me wanting to come over to this part of Northern Brittany was that as a teenager I had a school friend who's parent owned a 44 foot yacht and I was lucky enough, at the age of 16, to go on her maiden voyage.  We left Hamble and went over to Guernsey then to this area.  Paimpol, Treguier, Perros-Guirec and Morlaix if I remember rightly - Tregastel also rang a bell.  This was 49 years ago but I wanted to revisit it all.  Paimpol we had done and Morlaix was too far away but we could do the other three.  We set off passing Treguier as we would do that on the way back.  I think I made a mistake with Tregastel as there was nothing there really.  We continued northwards and came across La Greve Blanche - a lovely find even though it was quite misty.  The coast there is called the Cote de Granit Rose or the Pink Granite Coast because of the pink granite rocks (surprise, surprise) that are dotted about.  Some are huge and others small while in places the rocks has become red shingle. 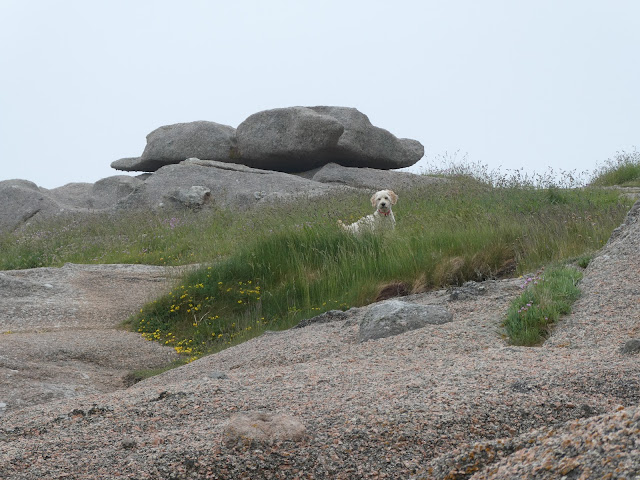 These rocks have been brought in to act as a sea defence but you can see the real  pink colouring in them. 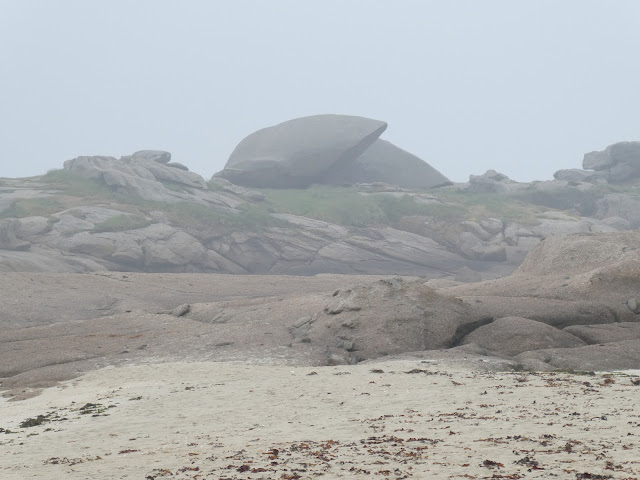 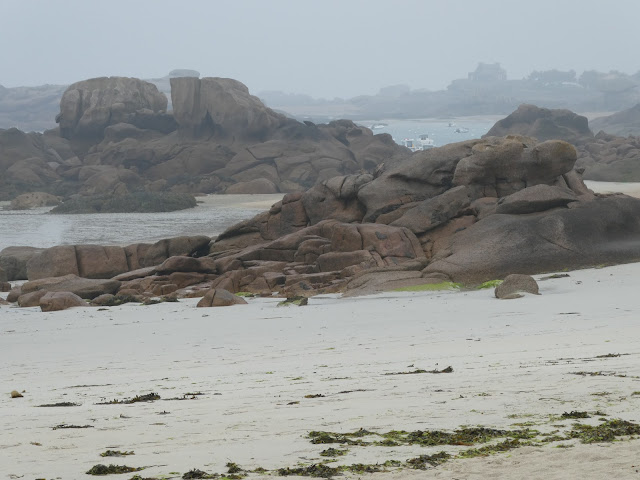 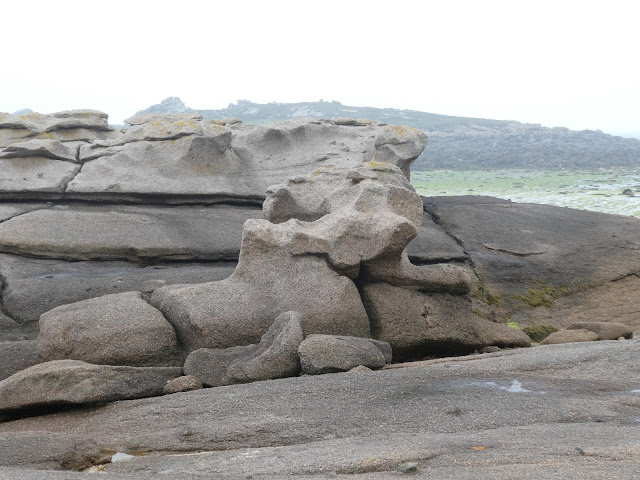 This is a close up of the rocks.  To be honest they look like pink gravel which has been chucked into a concrete mixer and then poured out into rock moulds! 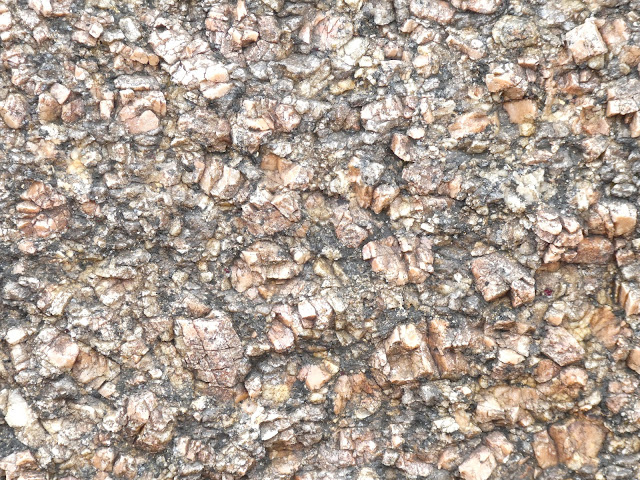 From La Greve Blanche we headed north again stopping in St. Anne where we found a small Carrefour supermarket so I bought sandwiches for lunch and we sat in the car and ate them.  We headed north once more and came across St. Guirec (we think!).  We stopped and had a quick look round and bought an ice cream.  While we were sitting eating them we saw this flag flying, it contained the flags of Brittany, Isle of Man, Scotland, Ireland, Cornwall, Wales and two we didn't know.  One we discovered was Austurias (Spain) and the other was Galicia (Spain) - the connection?  They are all Celtic countries or regions. 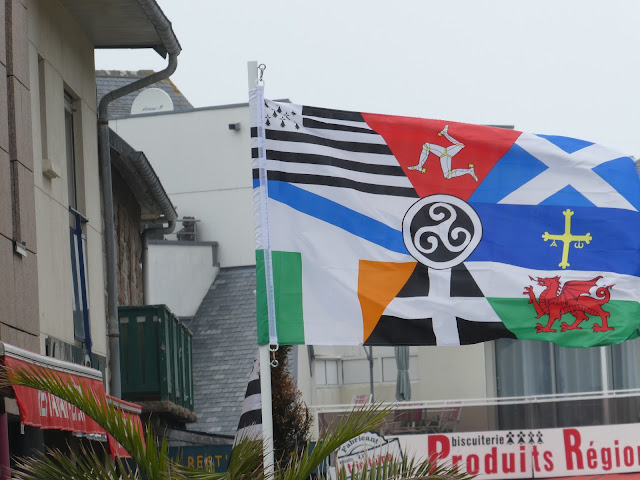 We realised at the point that we weren't going to have time to do anymore sightseeing as we needed to get back to the caravan and start packing up - the awning had to come down and the car sorted out.  It was a real shame but we will be back and next time we will stay over that way so we can see it all.
Posted by Linda Gifford-Hull at 12:44