While I am away from the boat I thought I would do a few blogs that are interesting and historical – well they are interesting to me!  The first one is about the Hampton Ferry at Evesham.

In the 13th Century, the Benedictine Monks needed to cross the River Avon from Evesham Abbey to Hampton to tend the hillside vineyard on the land behind what is now Ferry House. The solution to this problem was the Hampton Ferry which has now been in use as a link between the village of Hampton and the town of Evesham for almost 800 years.

Very little is known about the history of the ferry following the closure of the abbey, but the fact that it remains today, and the need for a crossing between Hampton and Evesham for locals would suggest that it has been in continual use since its creation. 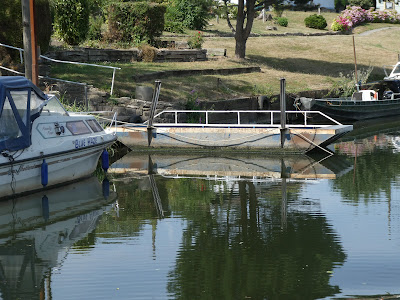 In 1929, Ernie and Eileen Huxley moved to Hampton Ferry to operate both a smallholding market garden and the ferry, which was still the only link between the village of Hampton and Evesham. Being a keen angler, Ernie spent as much time as he could fishing the waters and was approached by an increasing number of anglers requesting permission to fish there too. The popularity was such that Ernie held a competition which was, of course, the first of very many contests. Success led to Hampton Ferry growing to become the heart of angling in the Midlands, with many of the big names in angling often visiting to fish there.

Eileen opened a cafe to serve breakfasts to the ever-growing number of anglers. Sausage and bacon sandwiches were a great favourite, and being a resourceful businesswoman who hated waste, Eileen used the loaf crusts to make Bread Pudding which, made to the original family recipe, not only became famous in the area but is still a favourite on the menu to this day! The cafe has evolved organically over the years and is now Raphael's Licensed Restaurant, popular for not only its delightful riverside setting but also for its excellent Sunday Carvery. Ernie and Eileen's daughter Diana and her husband Sam Raphael, became partners in the business and their youngest son Robert is now continuing the family tradition. 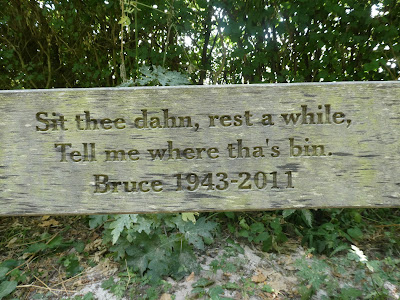 A camping site which was originally started for visiting anglers has been replaced with a holiday caravan site, with seventy privately owned caravans. A traffic-free environment, accessed via the Ferry, the site is a wonderfully tranquil haven with the most wonderful river views.

Evesham Abbey was the second largest and wealthiest abbey in England. Mostly destroyed during the dissolution of the monasteries between 1536 and 1541, all that remains of the original buildings today is The Bell Tower, two churches; All Saints' and Saint Lawrance, the Almoner's House (Now the Almonry Heritage Centre), the cloister arch and part of Abbot Chyrytons wall.

This story has been taken from the Hampton Ferry website.