The Avon changes from the Upper to the Lower at Evesham Lock.  Here is a potted history of the Upper Avon.

1873 - The last barge is said to have navigated this part of the river.

1965 - The Upper Avon Navigation Trust was incorporated on 26th August. 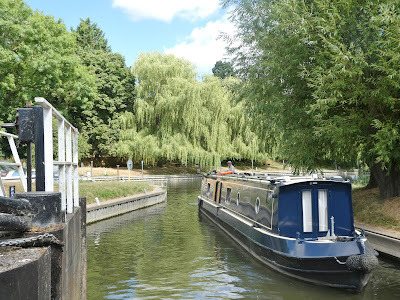 Here is something about each of the Lower Avon Locks.  I don’t think they are as interesting as the Upper Avon.

Evesham - the most famous feature of this lock, and most photographed, is the Lock House. The iconic A-frame house was severely damaged by floods in 1998 and 2007 and was thought to be uninsurable and unsalvageable. It was saved by raising the floors.

Chadbury – it was the first lock to be rebuilt in 1952/3 and was done by the Royal Engineers.  Without this work being the done the old structure would have collapsed and Evesham would have been left with a shallow, muddy stream. 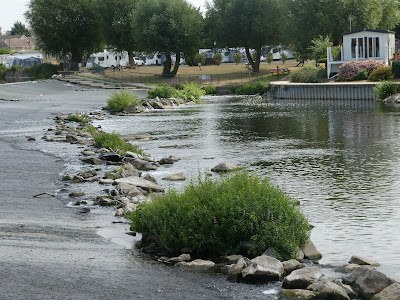 Fladbury – there was a flash lock at Fladbury which was a hazard to navigation and was removed in 1961.  At the same time the channel to the lock was dredged and the lock deepened.  The lock was again refurbished in 2008.

Wyre – is a diamond shaped lock and was once turf sided.  There were once six turf sided locks on the River Avon. It is an ancient navigation and it is thought that the diamond turf locks were built in an effort to reduce erosion of their earth sides by water from the top paddles when they were opened. A diamond lock might have made it easier for unpowered barges to enter (at an angle) as the weir stream below can be tricky.

Pershore - has a ground paddle which must be closed when locking down and opened first for locking up. The sluices are hidden from the lock, on the opposite side from the weir.

Nafford - the lock is a sharp right hand turn into a short lock cut, avoiding a small island and the sluices straight ahead. 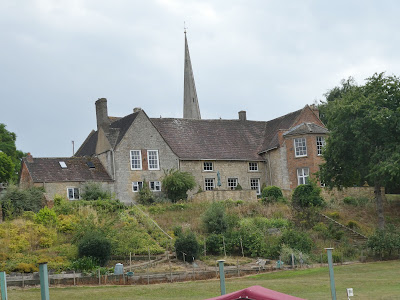 Strensham – the lock and its house are historically interesting as ANT brought the lock back from near dereliction in 1950/1 and made it habitable in 1952.  The lock was mechanised in 1975 but has now reverted to manual operation.

Avon – was substantially rebuilt in 1976.  The chamber was refurbished, new bottom gates fitted and other improvements carried out in 1989 and 1990.

Posted by Linda Gifford-Hull at 09:46