We are back, later than planned but we decided that it was really to hot to be on our 60 foot steel cigar tin when we live by the sea!  In fact, we are a week and a day late as we were definitely coming up on Sunday, but I had been saying to Richard all week that Sunday was going to be an extremely hot day and he kept on saying that it would be OK up until Sunday morning when he finally agreed!  An extra day at home meant that the things that I hadn’t managed to get done got done.

The trouble with coming up on a Monday meant that the traffic was bad mainly with lorries attempting to overtake other lorries on the A34. 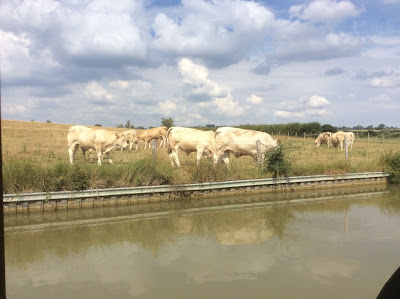 We found Mary H dusty inside and out as Richard had left all the windows open.  The temperature had only got up to 33° and down to 12° - we thought it would have been hotter than that.

Unpacking done we set off and had planned on cruising for about an hour but in the end we didn’t go very far as we found a nice shady spot – imperative!

What were we up to while we were away from Mary H?  We went to France with our caravan for three weeks (I did blog about this) then Richard had a boy’s week on Mary H with a friend.  We went down to Devon to celebrate my brother-in-law’s 80th birthday 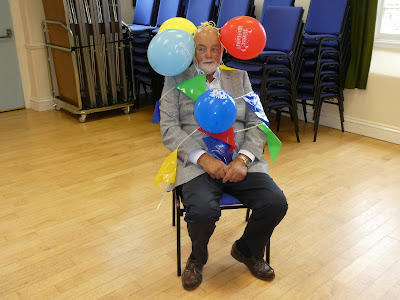 and then down to Cornwall

with our friends from Florida where we also met up with mutual friends who now live near Bodmin.  A fair few miles have been covered!

We are now heading to Tewkesbury via the River Avon – I know we did that last year but there is method in our madness which you will see pan out if you follow my blogs!!