I was woken up by a boat going through the lock at 6.45am but went back to sleep until gone 8am.

I got an email this morning from Amazon saying “We're sorry your package is late.  We're working with the carrier to get your package back on track, and we'll let you know when your package is out for delivery.  Please come back 2 August if you still don't have it and we'll help you out.”  I wrote to Amazon and they wrote back almost immediately and told me that they had been onto the carrier and told them that the parcel needs to be in Evesham tonight and that they would give me a £5 promo credit! 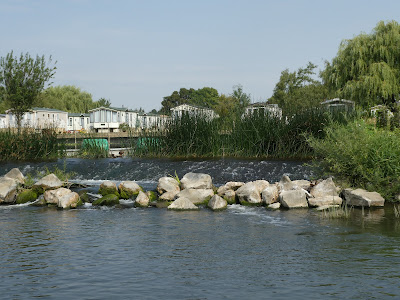 Wyre Lock is a diamond shaped lock which isn’t a problem with Mary H being 60 feet – any longer and you would have to go diagonally.  Everything was fine until two ANT boats came up – one a patrol boat and the other a work boat.  The patrol boat moored himself very nicely on the lock waiting so I could get in behind him to pick Richard up.  The work boat decided to drift below the lock, but he was drifting right where I wanted to go to get to the lock waiting.  So, what to do?  I managed to get Richard onboard in the lock only to see the work boat coming into the lock!  He made a real cock-up – threw a rope but not far enough!  Finally, he got himself organised and we were able to get out of the lock.

We watered up at Pershore and then had to do our first Avon lock on our own!  One of the two Archimedes screws was working – it’s the first time I have actually seen one working. 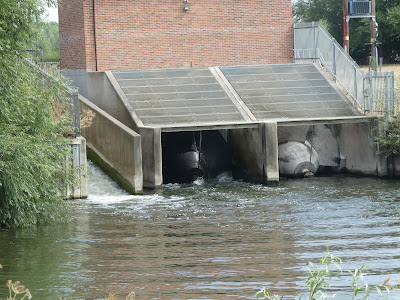 I did write to ANT (Avon Navigation Trust) this morning about the lack of mooring on the Lower Avon and this is part of the reply I received.  “Thank you for your comments about the lack of moorings. We would agree with you that we do need more! The Avon has always been a very popular river for cruising and can become busy during the summer months.  The challenges we have are that the river banks are all privately owned, so it isn’t just a case of building more moorings. Over recent years we have managed to strike up agreements with several land owners, and we continue to look for other partnerships.  The recent mooring installations include The Angel Hotel Pershore and Twyning plus making space available at our lock sites.  We have more agreements in the pipeline, so hopefully these facilities will continue to grow.”

We caught up with lock friends from yesterday at Nafford Lock.  I was really surprised to see that the sunken boat that we had seen last year is still there – what a shame.  The footbridge that goes over Nafford Lock has been replaced. 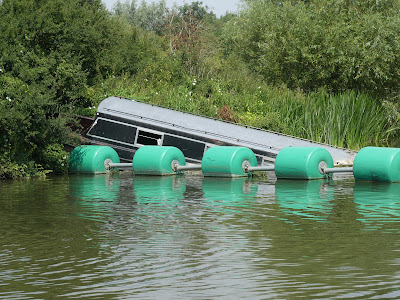 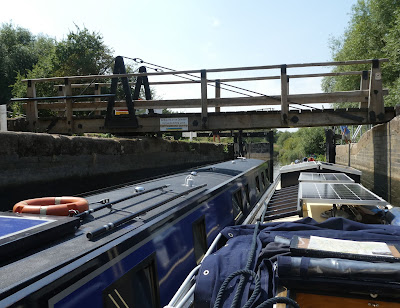 The next and last lock was Strensham which we had to do on our own as our lock buddies never appeared!  I noticed that it must have had an overhaul during the winter as there were new steps and the upper gate had new wood on it. 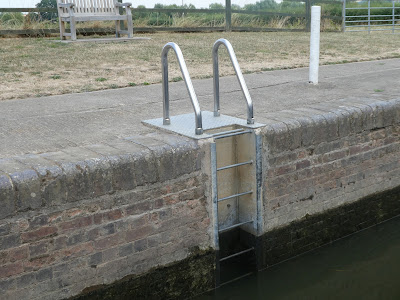 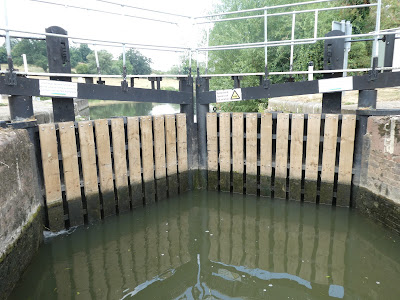 We had hoped to stop at The Fleet at Twyning and probably could have done if the two boats on the pontoon hadn’t left a great space between them.

We continued on into Tewkesbury and again it was busy, but we were able to breast up with another boat.

It was extremely hot on the boat – the hottest it has been I think.  There was a breeze on the river in Tewkesbury, but in the boat the thermometer went up to 32.2° this afternoon!

As we had been going to eat at the Fleet tonight I hadn’t got anything out of the freezer, so we went for a walk to try and find somewhere.  It took us a while, but we finally found the Berkeley Arms who advertise outside that they are dog friendly.  The pub is a strange little place, but we had a good meal there.  The Berkeley Arms is a Grade II listed building. There have been many improvements to the premises over at least 800 years with the surviving oldest part being a 12th century barn.  Before the 1850's the Berkeley Arms was known as the 'Queen's Arms', however the former landlord, Sam Pearse, was made bankrupt in 1843. He had borrowed £2,000 against the pub, much more than its value at the time.  In the 1980's a sealed up back room was opened, the floor was covered in a deep layer of old 19th century books.  I took this photo surreptitiously so it isn’t the best! 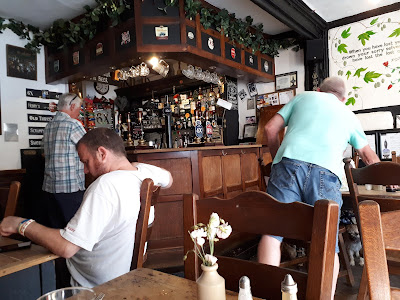 Posted by Linda Gifford-Hull at 11:01