We weren’t quite ready to leave this morning, but a hire boat came down the river, so we joined them in the lock.  The boat was a hire boat from Anglo Welsh on the South Stratford.  The couple onboard had had no instruction whatsoever except for a DVD which was sent to them before they left home.  Fortunately, they had hired a boat 10 years ago but that doesn’t mean that Anglo Welsh didn’t need to give them some instruction – bad form really.  Many of us, me included, moan about hire boaters but if they haven’t been given any instruction should we be blaming them?? 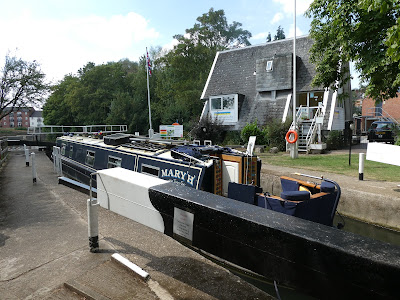 There was a boat coming up Offenham Lock and I spied it was Billy Whizz with Tracy and Ray onboard.  Tracy and I are Facebook friends but never met so it was nice to finally meet her and have a chat, albeit a short one.  They are on a mission to help another boat up to Stratford but I’m sure we will meet again one day and hopefully next time there will be time for a proper chat. 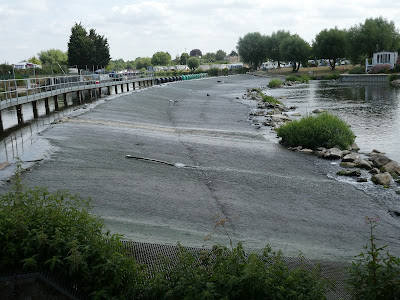 Between Offenham and Evesham I managed to get my ironing done and had just finished as Richard drove into Evesham Lock – the gates were open.  We had lost our hire boat friends, but we waited for them and did the lock together.  They hadn’t been using their centre rope, so I mentioned to them that they could manage the boat much better if they used it, so they tried to use it in the lock, but it wasn’t long enough!! 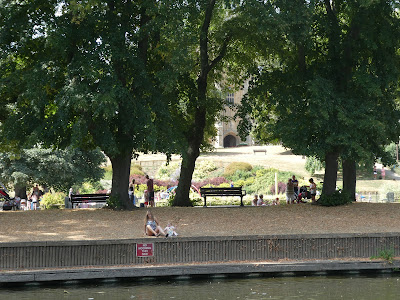 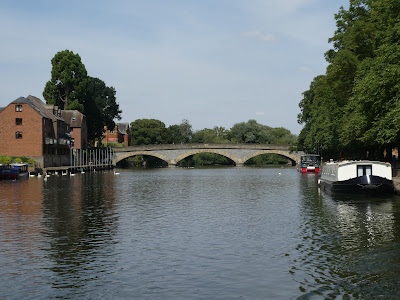 We pulled over in Evesham and had lunch, but I was also waiting for a package from Amazon to be delivered to the Evesham Royal Mail sorting office.  We started to look at what we had left to do to get to Tewkesbury and realised that we had a problem!  Both of us thought we had plenty of time but I have booked Muffin in to be clipped on Friday at 1.30pm in Tewkesbury!  So, we had to continue without getting my package and I will have to get a bus back to Evesham and pick it up.

In Workman’s Park there are some table tennis tables and for the first time I saw people playing on one. 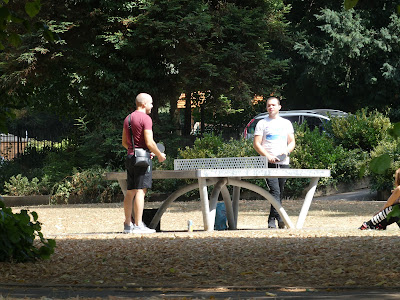 I always feel sad at Chadbury Lock.  A good friend of mine used to live in Evesham and she and her partner were heavily involved in ANT and used to look after Chadbury Lock.  Sadly they both died a couple of years ago - their ashes are at the lock.  Jenny and Mike used to take their boat down and put plants on the old lock beam.  There is a sign on it with a watering can asking people to water the plants.  I was really pleased to see it all looking nice – Jenny would have been so pleased. 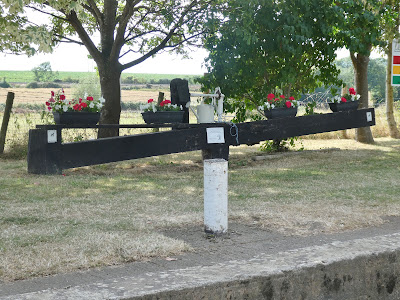 It was very hot today, so I put a wet towel over Muffin – I think he must have realised that it was cooling him as he didn’t try to take it off.  However – he will lie in the sun unless one of us makes him move to a shadier spot. 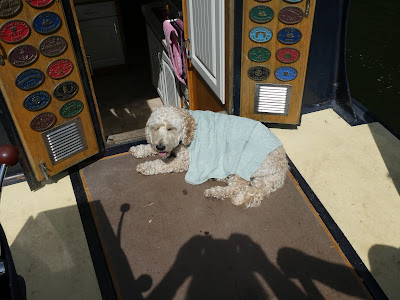 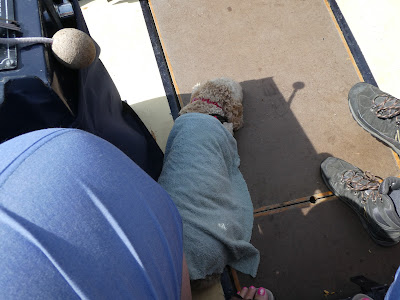 We found some green grass today albeit on a golf course! 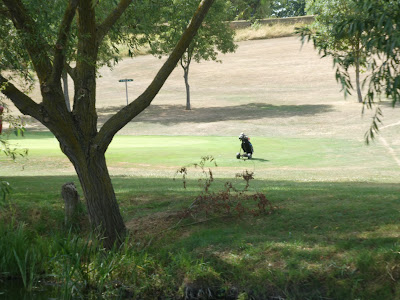 We were aiming at Wyre Lock and when we arrived there were 2 spaces!  We took the one in the shade and sat out on the lock island point and had another BBQ.  This was my view this evening. 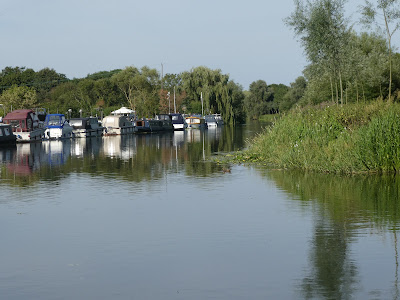 I took this one later on – it shows the reflections of the boats in the river. 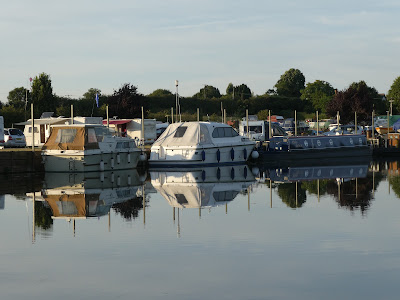 The problem with the Lower Avon is that mooring places are few and far between.  There is one at Chadbury Lock, but it had a Trust boat moored on it.  There is another about halfway to Fladbury Lock, but it was full.  Fladbury Lock has one space but its not really long enough for us which meant that the next place was Wyre Lock which is almost 10 miles from Evesham.  Thank goodness there was space at Wyre Lock as I think I would have had to tie up on the lock landing and take the flack!!  So, in 10 miles there is only room for 4/5 boats to moor – I think an email to ANT may well be called for.

Posted by Linda Gifford-Hull at 10:53