So here we are at home again – 6 weeks away and it’s always nice to come back home.

It was pouring with rain this morning and poor Richard had to load the car up in it.  I had sorted out yesterday, so it was just a question of packing and then the cleaning – everything seemed to get done this time.

The drive home was horrendous with the rain and spray – I was really glad I wasn’t driving.  Some cars didn’t have lights on and a lot of the ones that did were so faint you could hardly see them.

Back home and there was the car to empty – again in the rain but Richard managed to get it pretty much up to the front door.
Once the unpacking was done I collapsed on the bed, put the TV on and enjoyed an episode of Saving Lives at Sea.

We are planning another outing at the beginning of October with Richard’s son and his partner – so we will be back!
Most of the photos today were taken during our trip and the story below is one I wrote some time ago and haven’t had the opportunity to use.

Pooley Hall is a Manor house built in 1509 by Sir Thomas Cockayne "The Magnificent", who was knighted at the Battle of Tournai by King Henry VII. It was built on the site of an earlier Hall and was one of the first examples in the country of a castellated brick-built manor house. The house was considerably larger than what it is today and has been repeatedly altered.  It is a Grade II* listed building and a private residence.  In 1789 the Coventry Canal was opened. The canal runs through the Pooley Hall estate and passes within 20 meters of the Hall.

In 1847 a coal mine was sunk on the Pooley Hall Estate, not far from the main House. It was completed in 1849 and coal began to be extracted in 1850.  In 1897 the Pooley Hall Colliery was formed. A wharf was constructed on the Canal for the Colliery and a branch line was built to connect it to the Trent Valley Line that ran through nearby Polesworth.  In 1951 Pooley Hall Colliery joined with nearby Tamworth and Amington Collieries to form the North Warwick Colliery.  The Colliery eventually closed in 1965 and parts of the house, outbuildings and the colliery buildings had to be demolished due to mining subsidence.  Today 62.5 hectares of the Pooley Hall Estate and Colliery site has been transformed into the "Pooley Country Park". The Park has a visitor centre and is a popular site for dog walking.  Pooley Hall is once again a private residence and was, until recently, the home of the late Edwin Starr, an American Soul and Motown Singer. 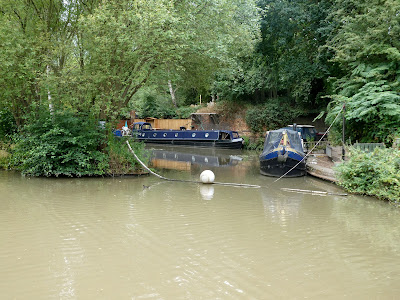 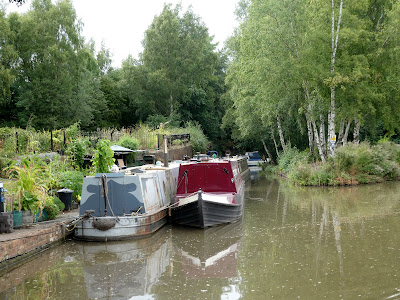 Posted by Linda Gifford-Hull at 11:07