Spain 2019 - Barbecues in the rain and tapas in the sunshine

Sunday 20th January
We had been invited to a BBQ today and guess what?  It was raining!  How typically British is that!  There are two identical villas in our little complex and our neighbours, Carol and Dave, were having some friends round and invited us along.  This is the 13th winter that Carol and Dave have spent in Mojacar and they have a number of friends who have holiday homes here and one couple have lived here for 20 years.  We were very lucky as the start time was 1pm and the rain stopped about midday however it was a chilly afternoon.  We met some very interesting people and learnt a few things about Mojacar.  We only discussed Brexit with one person.  Pam is a resident here and isn’t really worried for herself, but she says that there are a number of people who only have their state pensions and, needless to say, they are worried.  At present people living in the EU get the increases in their pensions but this could well cease when we come out of the EU.  I get the feeling that you either worry or just say ‘what will be will be’! 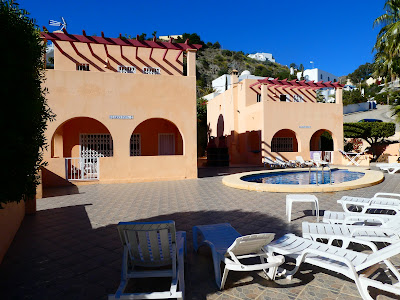 One thing that I did discover was that about 100 illegal immigrants a week land on the beaches of Mojacar.  Mojacar is just one beach so how many must come ashore in Spain each week?  Sometimes the Police welcome them, but residents have spoken about seeing the ‘boat people’ running up the beach and, apparently, disappearing!  Hardly any of these people have life jackets on which makes one wonder how many don’t actually make it ashore at all.  Do they come from ‘mother ships’ or do they cross the Mediterranean in small inflatable dinghies?  I can’t find anything on the internet which is worries me even more.

Monday 21st January
Back to Garrucha to see the technician about my iPad.  We didn’t actually see him, but the message was that he couldn’t do it as sometimes the screen cracks and I guess he didn’t want to take responsibility.  He also said, apparently, that it might not necessarily be the battery!  I’m still not further on deciding what to do.

We stopped to have a coffee and my phone rang.  Now I have two children, Robert is almost 38 and Victoria is 35.  We have always been a close threesome as the fourth member of our group decided that he didn’t want to be part of it and went his own way when the children were quite young.  Anyway, it was Robert on the phone, we had Facetimed, but it was the first time he had phoned me since we have been in Mojacar.  Suddenly I realised that I had another call coming in – Victoria!!!  I find that quite spooky – I think I have only had about 3 phones calls since we have been here!  This photo was taken three years ago but I don’t have many of the two of them together. 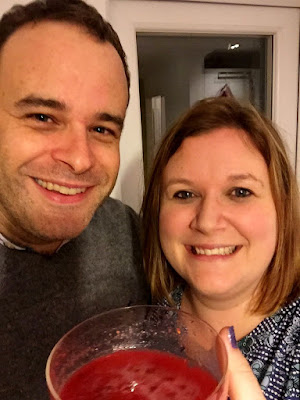 We went for our usual walk in the afternoon and I took this photo.  Richard says that it is rain which was turning into condensation before it hit the ground. 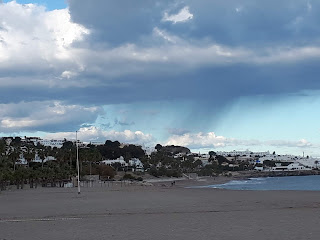 Tuesday 22nd January
A rather overcast and chilly day – well for Mojacar anyway!  15° compared with 5° on Hayling Island.

We are renting an IPTV box while we are here and this morning we went down to find out where the catch up TV is.  I had visions on being able to get iPlayer etc. but we can only get about a week’s missed programmes which is annoying as we have only seen the first episode of Les Miserables.  I guess it will be out on a box set soon.  The trouble is that with us being an hour in front of the UK all the good 9pm programmes are on at 10pm – our bed time! However, we are making an exception at present for Silent Witness 😊 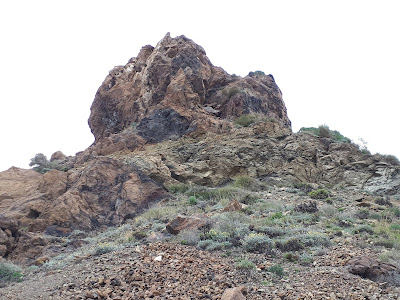 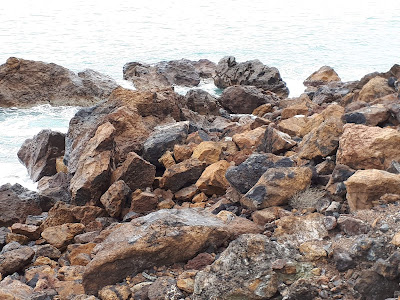 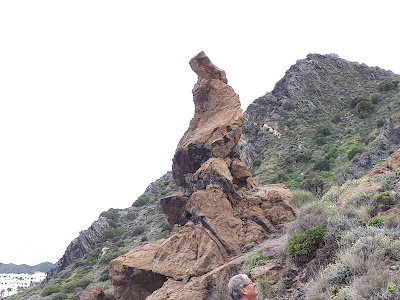 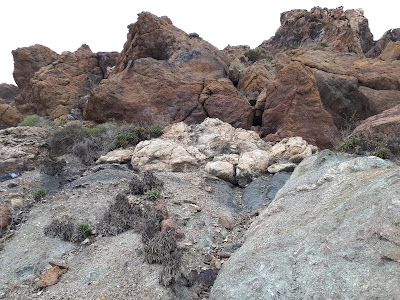 We went for a lovely walk in the afternoon across the cliff/mountain which separates Mojacar from Macenas.  The path must have been blasted out of the rock and had great drops down to the sea!  Towards Macenas we found a couple of rowing boats abandoned and, in fact, found that one of them had Arabic written on it – illegal immigrants?? 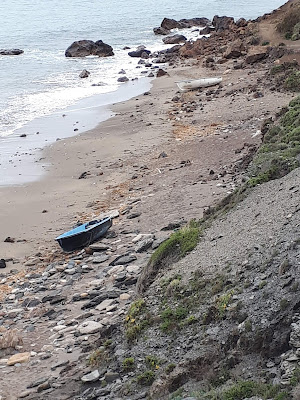 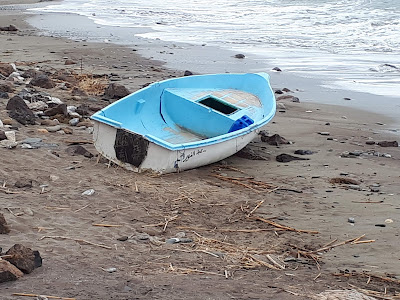 We had arranged to meet our boating friends up at Sopalmo for a drink and tapas at lunchtime.  Even though Sue had given me directions on Viber a few times I still couldn’t work it out!  We drove through the village for a recce and it all became clear!  We went to the car park at more or less the same time as the others.  We walked up to the first bar and sat out in beautiful sunshine though there was quite a wind.  We had one drink and one tapas then moved across the road to another bar. 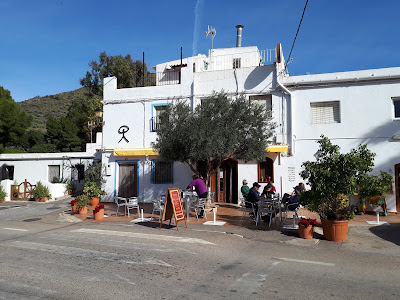 The beer is very frothy as you can see and has a breadcrumb like sediment in the bottom – very strange. 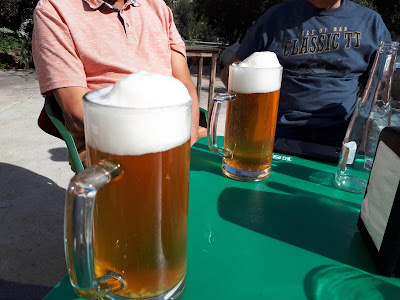 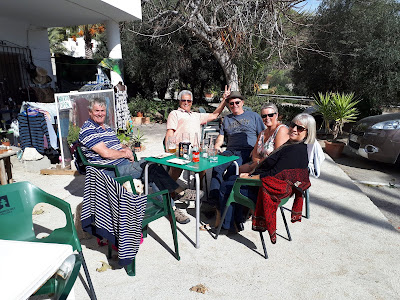 The people at both bars spoke no English so we were busy translating the tapas names before ordering!   It was a lovely lunchtime.

I drove home as I’m not drinking at lunchtime which pleases Richard no end!  We got back to the villa and realised that Richard had left his sweatshirt on the back of his chair at the second bar.  So, it was back up the mountain to find his sweatshirt was still hanging on the back of his chair!  It is 4.5 miles up to Sopalmo – not a short round trip!  Next time we go to Sopalmo we will explore a bit more and find out just how high it is.

Posted by Linda Gifford-Hull at 12:05