Saturday 12th January
We have been quite cold in the evenings.  The house is open plan with a big atrium-like window in the roof, no doubt in the UK this would be double glazed but nothing like that happens over here – double glazing … why???  Anyway, Sandy arranged for a load of logs to be delivered this morning.  They weren’t quite what I was expecting but they are olive and eucalyptus. 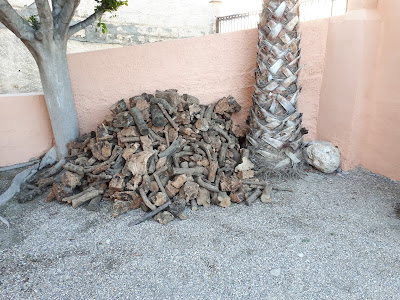 After a quick visit to the supermarket we went for a walk to Macenas castle or watchtower - an 18th century military structure built to keep watch over the coast.  In 1849 it was occupied by the Carabineros - an armed carabiniers force of Spain under both the monarchy and the Second Republic. The formal mission of this paramilitary gendarmerie was to patrol the coasts and borders of the country, operating against fraud and smuggling. As such the Carabineros performed the dual roles of frontier guards and customs officials.  The force was established in 1829 and lasted until 1940 when it was summarily disbanded and merged with the Guardia Civil.  The castle was restored in the 1990’s. 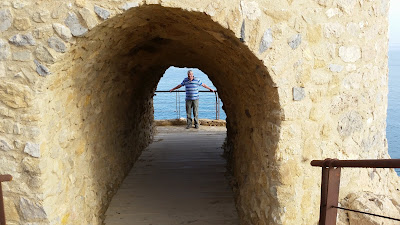 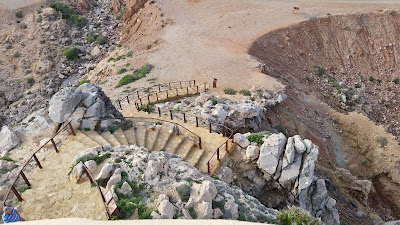 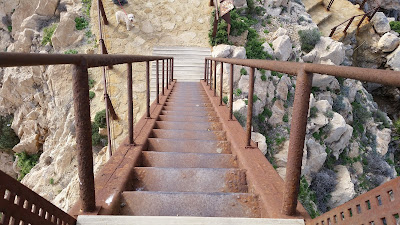 We were much warmer this evening – Richard got a good fire burning. 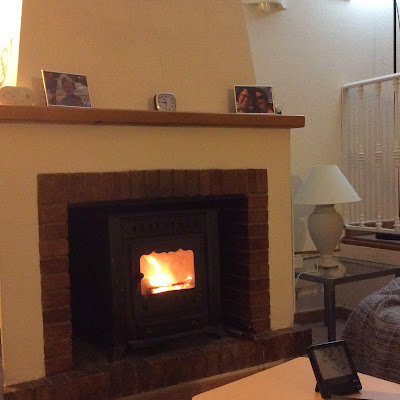 Sunday 13th January
We were up bright and early as we wanted to go up the coast to Villaricos to the market.  It is a big market split into two – fruit & vegetables and clothes.  I wanted to get a couple of light jumpers.  I make copious lists for everything but somehow my clothes list for Spain was pretty useless!  I know that in a few weeks it will warm up and my clothes will then be OK but meanwhile it can be chilly.  T-shirts, crops and sandals are order of the day but once the sun disappears so does the heat.  I managed to get a couple of jumpers and also a few things from the fruit and veg stalls. 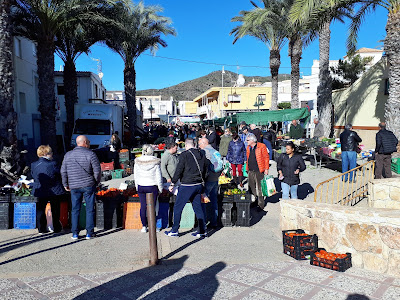 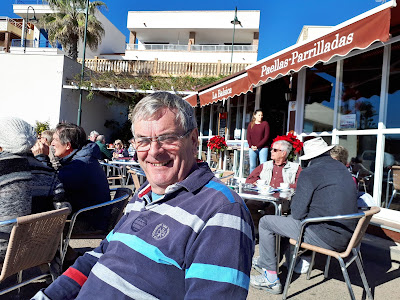 Monday 14th January
We were having visitors today.  I had received a round-robin email from some boating friends, Jem and Trish, the other day who are on a 3 month road trip through France and Spain.  I didn’t know this, and they didn’t know we were in Spain either!  I checked out where they were and as it happened, they were a little way up the coast.  I invited them for lunch, so they popped in on their way south.

It was so nice to see them and their lovely flat coat retrievers.  Sadly, they lost one of their dogs at the end of last year and now have a year old puppy.  Roo is very bouncy and Muffin didn’t really know what to make of this large springy dog!  I was worried that she might take a flying leap into the pool but fortunately she didn’t! 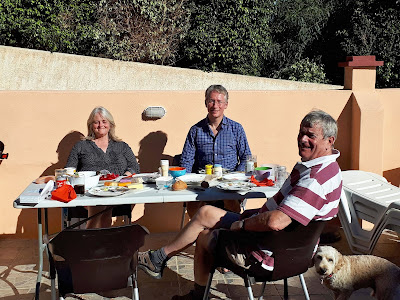 Tuesday 15th January
We had a quiet day today – the highlight was going for a walk along the beach!! 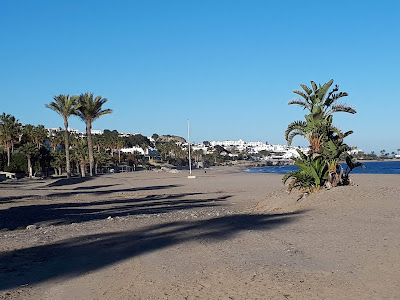 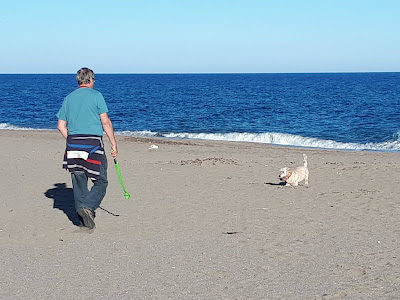 While we were on the beach, we saw four motorised hang gliders coming along the beach – well they were in the sky!  One was very low, and we were convinced he was going into the sea but sadly, for us anyway, he didn’t, and any excitement was averted! 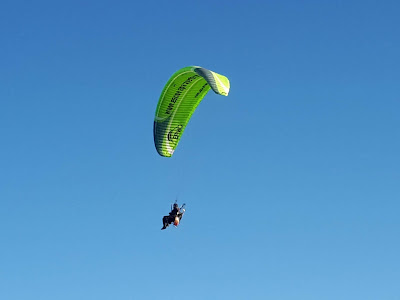 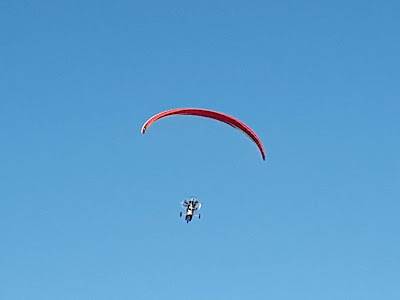