We woke up to the very sad news that Paul Macey had died during the night. 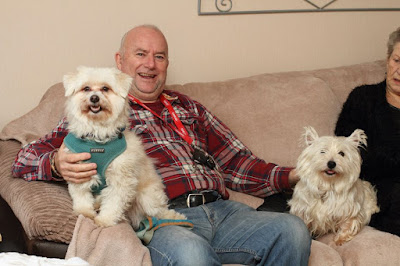 Paul had had cancer, but he was so upbeat about it.  He would put things on Facebook about his treatment and how it was affecting him and even though he was a sick man he still managed to smile and make others smile too.  I remember the selfie photos taken in hospital with the biggest smiles ever on his face.

I came across Paul on his narrow boat blog The Manly Ferry which he wrote and his wife, Elaine, edited!!  We then met Ferndale (Ray and Diane), another blog I read, who were friends with Paul and Elaine.  It was through Ray and Diane that we also met Andy and Sue plus Roly and Bev.  I’ve said this before, but you might be a new reader, but when you read blogs you feel an affinity with the people in it. 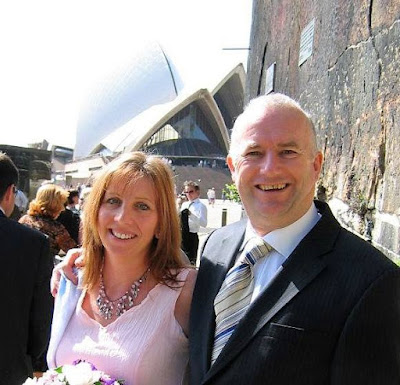 We finally met Paul and Elaine in August 2015 while they were on their travels in their motorhome. They then went on to Europe finally coming to a halt in Mojacar which they loved so much and moved there in 2015.  Sadly, Elaine died in August 2016.  Paul’s life was never quite the same again, he had not only lost his wife but his best friend and soul mate.  Paul continued to live in Mojacar and was the inspiration for Richard and I making our first visit in 2017.  Unfortunately in November 2017 Paul was diagnosed with a brain tumour and went back to the UK.  He had all sorts of treatment and operations but in the end that awful, dreadful disease took hold of his whole body until finally he died this morning surrounded by his family and his adored dogs, Sammie and Bombo.

We will miss you Paul, but you are now out of pain and, once again, you are with your beloved Elaine.

As you can imagine the day was a very sad one.  Before hearing the news Richard and I had already decided to go down to Kukis for Sunday lunch so we still went.  We then walked up the beach and went to the Salty Dog, a bar that Paul had frequented.  We were thrilled to see the other boaters there and I had a big hug from Sue which I really needed.  We stayed in the bar watching the Ireland/Italy rugby match and raised a few glasses to Paul.

Posted by Linda Gifford-Hull at 10:02