An even quieter day today than yesterday.

Once again we took Muffin to the beach with his ball thrower but he now has a new game.  He chases after it then digs a hole and buries it!!  He then stands there looking into the hole while Richard gets down on his knees to find it – sometimes it is a good few inches below the level of the sand. 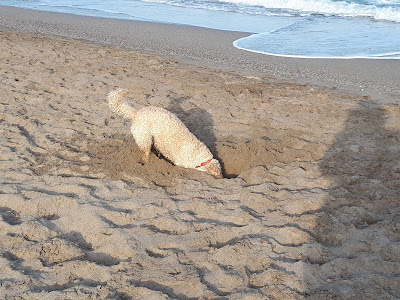 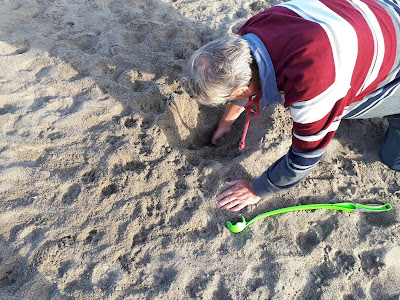 We had had two quiet days so, as it was Friday, we went to Turre market.  It was quite a small market today – I’m not sure why.  We got all the fruit and vegetables that we wanted plus a cooked chicken.  On our way out I stopped at a lovely stall that does jewellery and other things.  It is run by an English couple and he goes to North Africa to get all the silver things made.  I bought an Indalo Man with a chain 2 years ago which is still going strong, but I wanted a slightly longer chain and got a lovely one for €15. 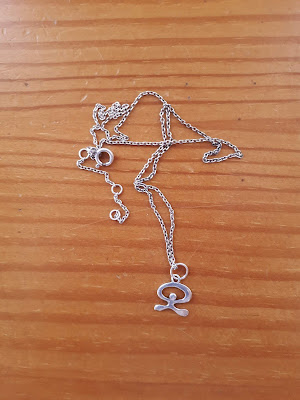 I made a quick visit to the supermarket, Super Turre, but as it was market day it was very busy and the queues at the check out were very long.

When we got back, I suggested that we walk down to the icecream parlour, Gelateria Italiana Alberto, as I thought it had re-opened after the winter, but I was wrong and it was still closed – boo.

As we had time to spare, we went into Blue Sea Villas again to ask why we hadn’t had an email.  Naturally the lady we had seen wasn’t working but the lady we did see found our details rather a long way back in the book – we had obviously been overlooked.  However, they did try to find us something and even took us to one place which we weren’t very impressed with.  We were told that they had had better places, but they had gone during the week – erm we had been in on Tuesday!!  Never mind, it just made it clear in our minds that the villa we had more or less decided on was the best for us.

Two exciting things happened today – we went shopping and I saw caterpillars in a heap!

As you can probably gather, we had another quiet day.

As we were going shopping we stopped at the bottom of the road to see if there were any new caterpillars and there were quite a few dead ones and a heap of some live ones.  I had read that if you kill the lead and second caterpillar the others don’t know where to go and keep going round in circles and these certainly had.  They had formed a spiral.  This photo is from the internet. 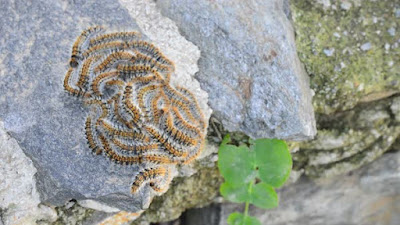 On our way to the supermarket I had a look at the pregnancy app I have on my phone.  Each week it tells me how big my new grandson is.  Laura is 25 weeks now and apparently the baby is the size of a papaya.  While we were in the fruit and veg bit of the supermarket I came across a papaya – I think the baby looks a good size! 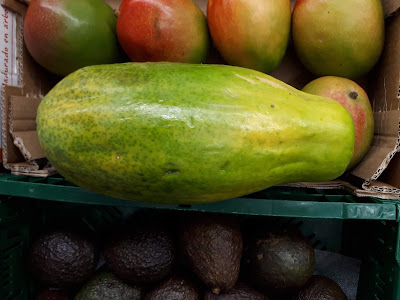 Posted by Linda Gifford-Hull at 10:33