Today our guests were going home.  I have loved having them here and they seem to have enjoyed themselves.  James has even said that he would like to come back for a weekend before the summer is out 😊 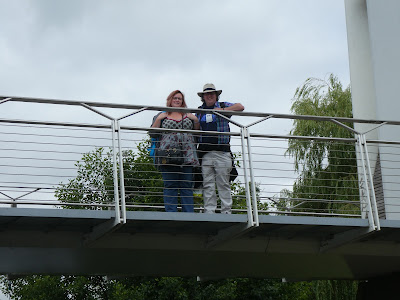 We just had Mapledurham Lock to do before we got into Caversham where we hoped we would find a space to drop Victoria and James off.  In fact Christchurch Fields was practically empty!  I think we were just lucky with the time we arrived.  We said our goodbyes and they went on their way to the station to go to Oxford to pick up the car before going home.

The Tesco moorings had lots of room too so we pulled in there so I could do some shopping.  While I was there, I showed the pharmacist my leg and she took one look at it and said that it was infected, and I needed to go to my GP. 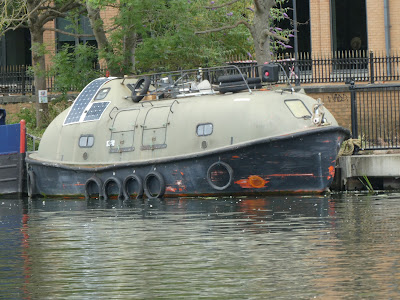 Back at Mary H we had some lunch and phoned the Walk in Centre who told me to get there about 2pm.  I walked back to Tesco so I could get a taxi into town.  I only had to wait about 5 minutes for my taxi and had a lovely driver who chatted to me all the way.  It cost me £7 which I didn’t think was bad.  The driver told me how to find the Walk in Centre which is on the first floor of Broad Street Mall.  I arrived at the check-in desk about 1.58pm and at 2pm they opened up and I was given the number 65.  I sat down ready for a long wait however the first number to be called was 57 which was hopeful.  The numbers called were a bit erratic but I was about the 5th to be called. Consulting Room 1, but where on earth was it???  Down through a rabbit warren of corridors and rooms and I eventually found number 1 at the furthest point!  I saw a lovely young doctor who said that it looked as if I have had a nasty reaction to either a horse fly or a spider bite.  I mentioned cellulitis and he said that it isn’t but just in case it should develop he told me how to spot it and gave me some anti-biotics to be on the safe side.  Back outside I called another taxi which arrived in about 12 minutes and headed back to Tesco.  This driver was not chatty at all.  Back at Mary H Richard had put the shopping away, hoovered, taken the dog for a walk and was sitting drinking a cup of tea! The whole escapade had taken less than 2 hours – amazing!  Thank you Reading 😊 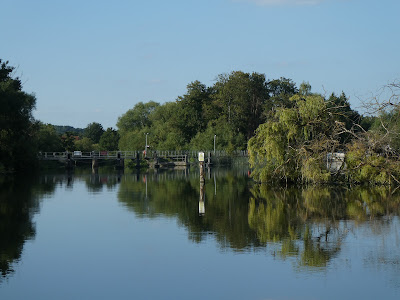 We set off up river first to go to Better Boating for diesel then turned down river.  We found a nice mooring just above Sonning Lock and sat out on the tow path drinking tea and reading.

Posted by Linda Gifford-Hull at 11:36