I am going to mention my night’s sleep as I was really worried about my bites but I took one drowsy antihistamine about 7pm and another about 10pm – I slept like a log!  However, the bites look just as bad today and still very hot and hard.

We have a system in the mornings when we have guests onboard.  Richard and I get up first and use the bathroom then we tidy away the guest’s bed while they use the bathroom and our cabin.  It works really well.  James made bacon sandwiches for breakfast – I haven’t had one of those for a long time and yummy it was too! 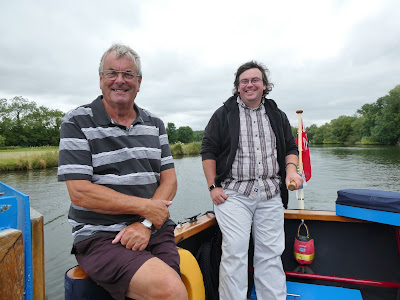 We had bonding sessions this morning!  Richard and James up on deck – James has been learning how to steer and I think he is a natural.  Meanwhile Victoria and I were down below chatting. 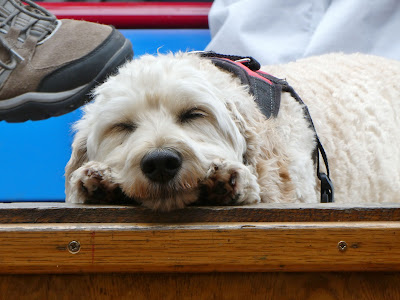 We stopped for lunch at Beale Park then set off again for Pangbourne Meadows.  The only place left was in the trees, but we got in and can get off the boat. 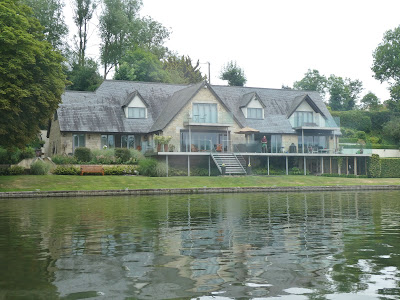 We had another catering disaster today.  I had planned on doing a chilli so started cooking it after lunch.  I got the mushrooms and onions in the pan and cooking then went to the fridge to get the mince only there wasn’t any mince!  It had been on my shopping list and when I checked it at the end of my shop, I didn’t notice that I hadn’t picked any mince up.  Fortunately, there was chicken in the freezer so that came out and defrosting was started in the microwave then left to thaw naturally.  Later Victoria cooked a lovely dish with the chicken.

I sat on the river bank and caught up on some blog reading and also decided to call 111 as my leg was looking even angrier.  I had had a couple of comments on Facebook about it as it looked a bit like cellulitis.  111 decided that I needed to talk with the out of hours doctor service and said that I would get a call back within 12 hours.  Needless to say when I went to bed at 10pm they hadn’t called back.  (Update – they called at 6.30am but the phone was on silent but all they said was put antihistamine cream on and go and see my GP.)  This is a new photo of my leg as it shows how much redder it has become. 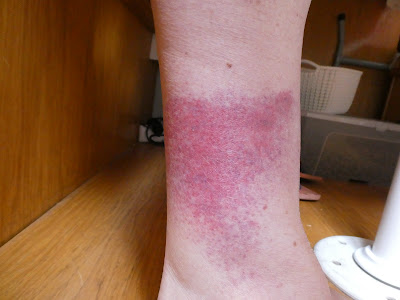 We wanted to watch the first episode of Poldark but couldn’t get BBC1 – well the aerial was up in the trees!  We had to settle for Drummond House which we had been watching anyway.

Posted by Linda Gifford-Hull at 09:59