Oh dear – another lazy morning!!  But whose counting!

Down through a busy Hambledon Lock – 5 boats.  First time this year we have had so many in a lock at one time.

We then came upon the Swan Upping.  We had seen it before but not on this scale!  There were so many lovely launches and old motor cruisers plus of course the rowing boats with the swan uppers in.  The river was chaotic – just to add to the chaos there were 3 swimmers swimming down the river too!  I saw something which surprised me though.  Two of the rowing boats had swans and cygnets in them which appeared to be sitting quite calmly!  There was a large posh trip boat with very well-dressed people onboard drinking champagne.  The rowing boats took the cygnets to the back of the trip boat and handed them in through the doors – I guess they were going to ringed in there.  I took this from a website called www.royal.uk

The annual census of the swan population on a particular stretch of the River Thames, Swan Upping has changed from a mostly ceremonial event to an important element of wildlife conservation. A flotilla of traditional Thames rowing skiffs, manned by Swan Uppers in scarlet rowing shirts and headed by The Queen’s Swan Marker, wearing a hat with a white swan’s feather, row their way steadily up the Thames.  ‘All up!’ they cry as a family of swans and cygnets is spotted, and the Swan Uppers carefully position their boats around the swans, lift them from the water and check their health.  The Swan Marker’s iconic five-day journey upriver has been an annual ceremony for hundreds of years, and today it has two clear goals; conservation and education. 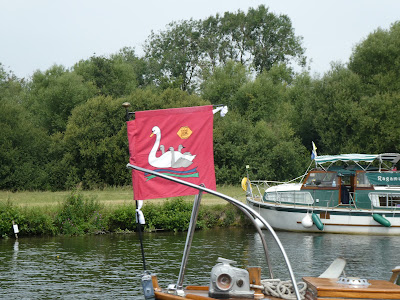 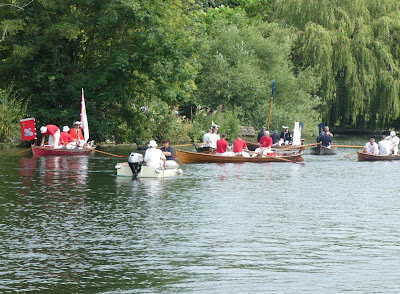 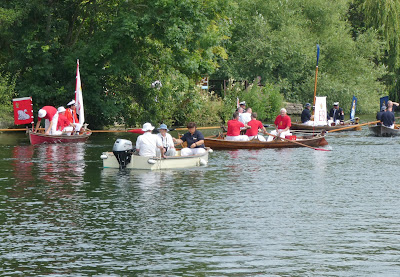 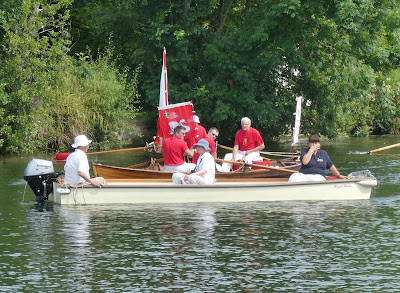 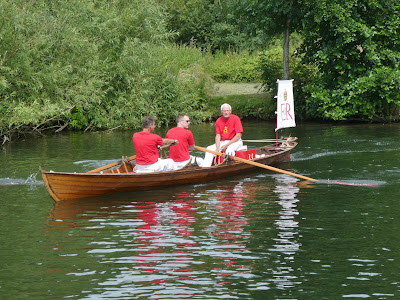 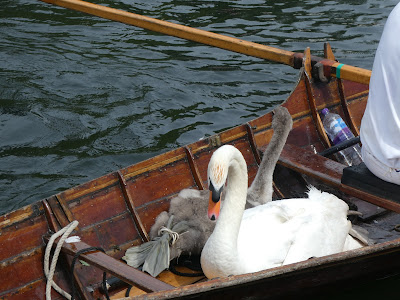 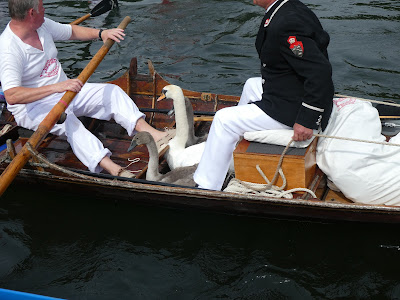 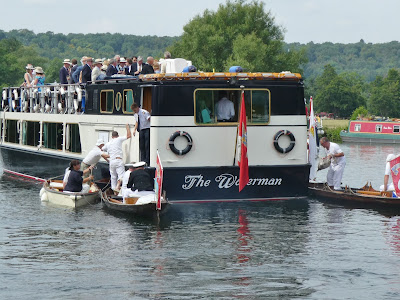 These are a few photos of the lovely boats 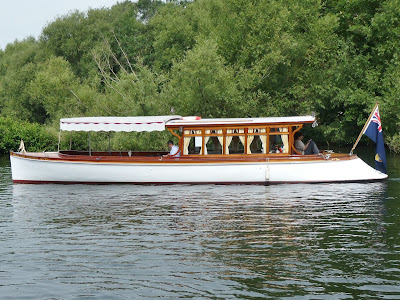 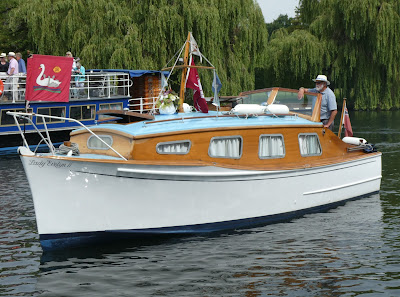 After the Swan Upping excitement, we settled down to Hurley and Temple Locks.  We pulled over at Marlow, in the only free space, for lunch.  We had planned on going to Cookham Meadows but, in the end, we stayed put.  My only expedition in Marlow was to the ice cream van in the park!