We woke up to rain – we really weren’t too sure what this wet stuff was, coming out of the sky!!

By the time we left Marlow the place was almost deserted!  Why are we always the last??? 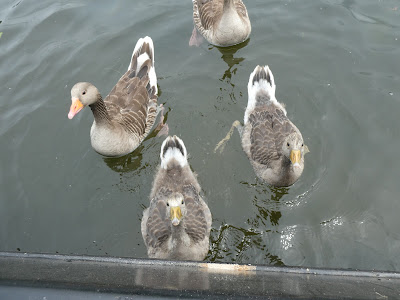 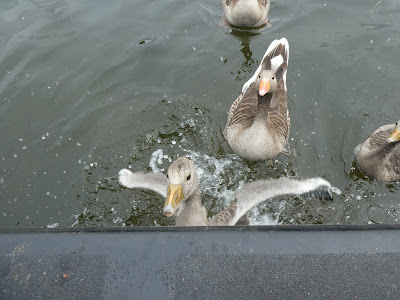 Past Bourne End and The Bounty – maybe we will go in there on the way back as we won’t be in a hurry.  Cookham Meadows was almost empty – I’m not sure where everyone is as the river is very quiet for July.  Cookham Lock and Boulters Lock.  Back in the day we (a work trip) used to go on Riverboat Shuffles from Windsor to Boulters Lock where we would all devour fish and chips then dance all the way back to Windsor.  They were fun – ah those were the days!!

When we last came through Taplow in April 2017 Berkeley Homes were just starting to build a new, upmarket, riverside estate.  I took this photo of the first phase. 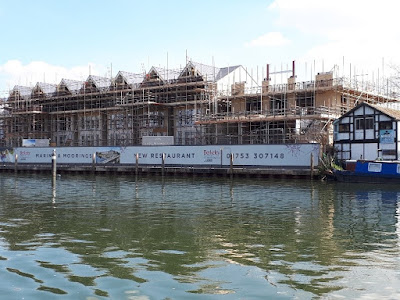 I was so amazed at how lovely it looks today that I forgot to take a photo, but I have “borrowed” one off the net. 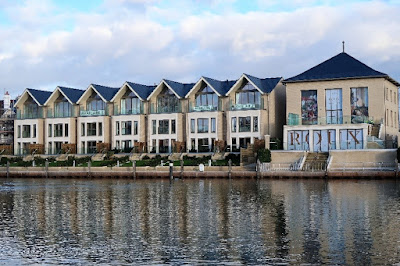 We had hoped to moor at the moorings above Boveney Lock but that was full and all the wild moorings there were taken up with looked like continuous moorers.  So, it was down through the lock and there was a nice space on Bath Island which we grabbed!

To set the scene for the next bit!  I have three family trees that I work on from time to time.  My paternal and maternal sides and Richard’s maternal side.  During the day I had a text message from an Arthur Lewis asking if the name Lewis appeared in my family tree.  My maternal great-grandmother was a Margaret Lewis.  He mentioned a date but when I looked at my Margaret the dates didn’t match.  However, Arthur came back and said that Margaret was the daughter of his great-grandfather!  Which, by my calculations makes us second cousins once removed!  Strangely though it turned out that Arthur and his wife, Ann, live in Taplow and we had gone through Taplow in the morning!  Arthur asked if he could come to Windsor and see us, which they did and it was very pleasant sitting out on the bank, drinking tea with a distant cousin!  I will try and do a bit more work on the trees now. 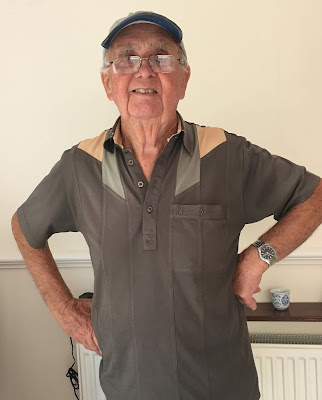 During the evening we saw a smallish motorboat towing two men in the water.  As they drew level with us the two men decided it was time to get back on the boat.  The first NAKED man got on quite easily but the second struggled and struggled and in the end they really had to manhandle him into the boat – I bet he will sore in the morning! 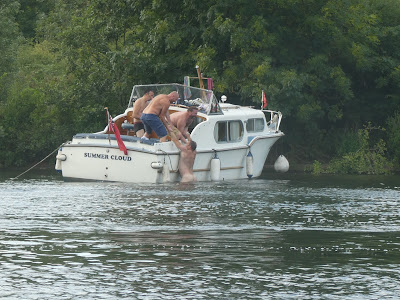 Posted by Linda Gifford-Hull at 15:31