We didn’t move on today.  The forecast said it was going to be hot again, but it wasn’t nearly as bad as it had been.  There was a lot of cloud around which shielded the sun. 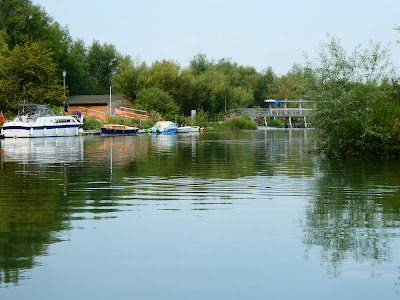 As we were having a quiet day, I thought I would do some research on crossings of the River Thames.  There are over 200 bridges, 27 tunnels, six public ferries, one cable car link, and one ford.

Many of the present road bridges over the river are on the sites of earlier fords, ferries and wooden structures. The earliest known major crossings of the Thames by the Romans were at London Bridge and Staines Bridge. At Folly Bridge in Oxford the remains of an original Saxon structure can be seen, and medieval stone structures such as Wallingford Bridge, Newbridge and Abingdon Bridge are still in use.

The world's first underwater tunnel was the Thames Tunnel by Marc Brunel built in 1843, designed for horse-drawn carriages but used as a pedestrian route; since 1869 the tunnel has carried trains on the East London Line.

Some ferries still operate on the river. The Woolwich Ferry carries cars and passengers across the river in the Thames Gateway and links the North Circular and South Circular roads. Upstream are smaller pedestrian ferries, for example Hampton Ferry and the Shepperton to Weybridge Ferry; the latter is the only non-permanent crossing that remains on the Thames Path.

In the evening we were inundated by young people all walking to the lock island and they were soon out on the water. 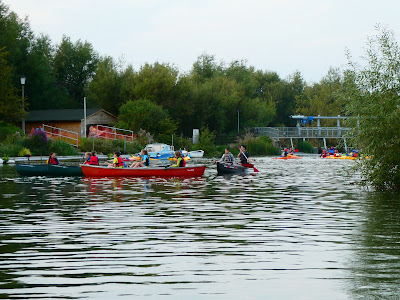 We pulled pins, winded and set off to Godstow Lock.  Under Godstow Bridge and passed the Abbey. 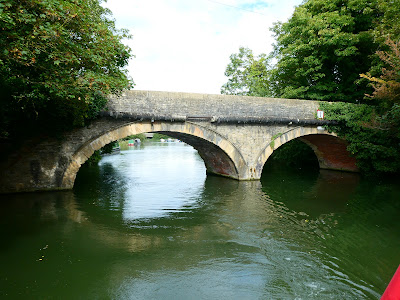 Thank goodness we have left the manual locks behind – but oh no the power was off, and the Lockie and Volunteer were having to operate it manually!  Now this isn’t an easy job like it is on the Upper Thames – this is very hard work, I know, I’ve done it before!  There were three narrow boats in the queue and the lock can only take two at a time, so we had to wait.  It took us almost an hour to get through.  The good side of it was that I got all the housework done – well except for washing the kitchen floor! 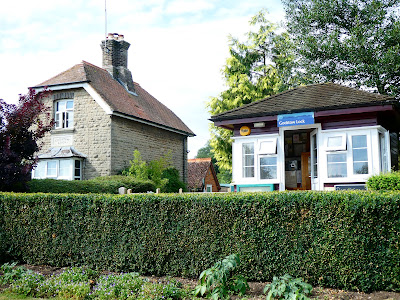 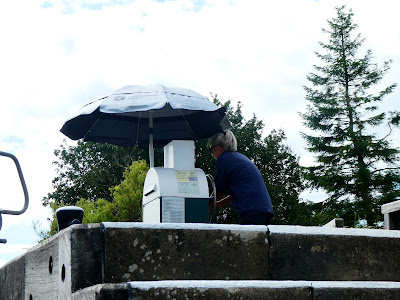 Passed Port Meadow and I could see six spires peeping out of the horizon.  Oxford is known as the City of Dreaming Spires, but I can’t seem to find out how many there actually are. 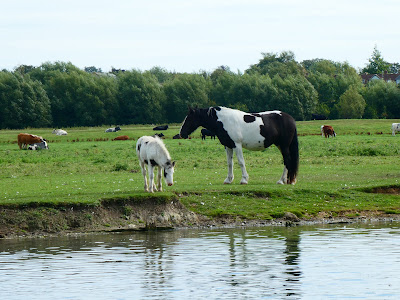 Under Osney Bridge and it was a case of, will there be, or won’t there be, any mooring at East Street.  Well a sight that we didn’t expect to see greeted us – there were only three boats moored so where would I like to be?  Outside number 18 please!  Why?  We were having a Tesco order and I had given our location as outside number 18.  In fact, there was a boat already there, but we are outside number 17 which is next door.  I breathed a huge sigh of relief. 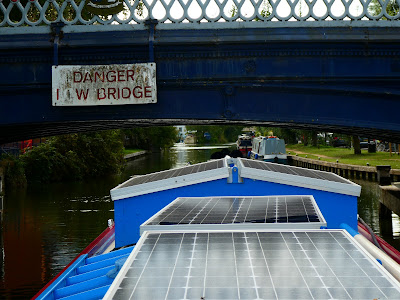 Our Tesco delivery arrived and most of the shopping came in through the side hatch.  I guess what they were originally for – loading goods into a boat.

Posted by Linda Gifford-Hull at 13:23