We needed to move on today as the toilet situation was getting dire!  We said goodbye to Sue and Andy (though we might see them again tomorrow) however Andy walked down with me to the lock in case it wasn’t manned.  It was, however, manned by Lock Keeper, official volunteer and an unofficial volunteer. 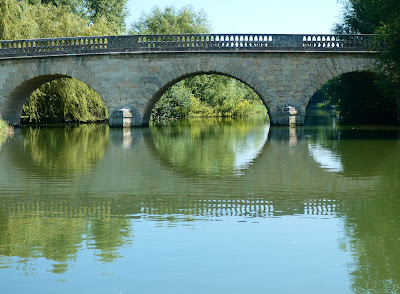 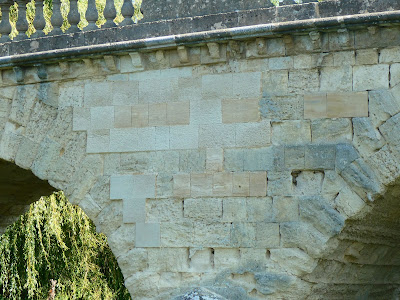 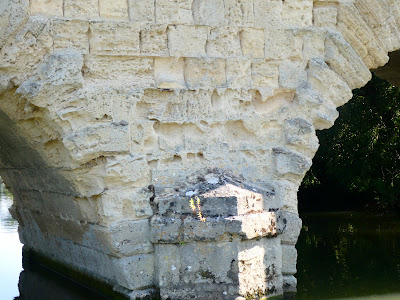 Down to Eynsham Lock where we topped up with water and dropped down through the lock to empty the toilet cassettes and get rid of the rubbish.  It was really busy down there with three boats on the visitor’s moorings, plus one doing a pump out and one waiting to go into the lock – a quick waltz around and we were alongside.  The smell permeating from somewhere was disgusting – I walked to the rubbish bins but walked back to the boat the long way round! 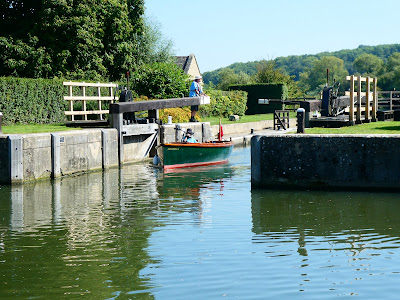 As we went into the lock, I heard someone ask the Lock Keeper why they don’t have the nice UV sun umbrellas like the lock keepers have lower down the river.  Her answer was that the umbrellas are to protect the electric consoles from getting too hot – not for the lockies at all! 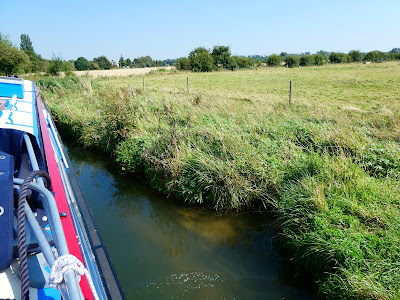 We moored up just before Duke’s Cut junction, but it was very overgrown and there wasn’t any shade at all.  Richard took Muffin for a walk and came back saying that we could move onto one of the King’s Lock temporary moorings which was under a tree.  He didn’t have to ask twice!  We pulled pins and moved down to the lock.  As the Lock Keeper was busy, I helped the Volunteer who was a very chatty and nice man.  Out of the lock and we pulled over and moored up - it was UNDER A TREE!  Out came the chairs and we sat in the shade for the rest of the afternoon. 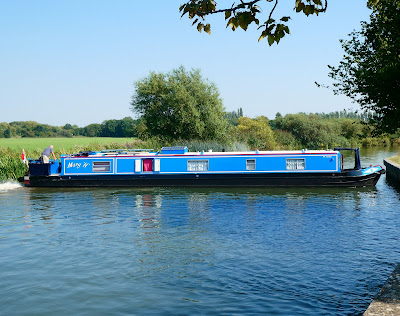 The river has been busy all day and in fact all three locks we did today had a Volunteer as well as a Lock Keeper – mind you it was Bank Holiday Monday. 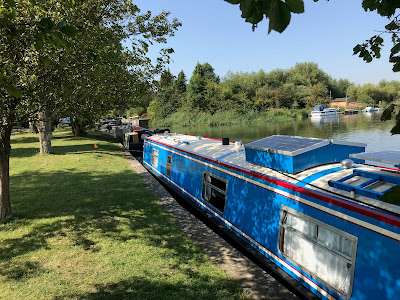 As an avid Poldark viewer, I was very sad that it was coming to an end.  So how do I feel now that it has finished?  Sad that I wont see another episode and the gorgeous Ross Poldark and the equally (in my mind anyway) Dr. Dwight Ennis.  However, I was disappointed in the episode.  It seemed like one big rush to get everyone married off, have babies or move away - all in an hour.  Still I have really enjoyed all the series and maybe it will be ‘never say never’!  The ITV adverts are full of the Downton Abbey film and that was a ‘definite no more’.

Posted by Linda Gifford-Hull at 13:12