We left Sonning and made our way up to Tesco at Reading.  I needed a ”heavy” shop and as you can take the trolley to the boat, you aren’t supposed to of course, it is an ideal place to stop.

From there is was Better Boating for diesel.  Up through Caversham Lock, which had been out of service on Sunday afternoon for 3 hours – can you imagine the queues on a sunny Sunday afternoon?!

Beside Caversham Lock is King’s Meadow and there the Kings Meadow Ladies Open Air Baths opened in 1903.  The pool was canopied all around – anti Peeping Tom Style (from the prying eyes from the Men’s Bath on the opposite corner!)  The pool was unused from 1974. It closed for new filtration units to be installed but never opened again and had lain neglected until 2002.  A Campaign committee was formed, and King Meadow Campaigners got together with a plan of restoration in 2002.  There were many highs and lows between 2002 and 2013 until September 2013 when Reading Borough Council voted to give the management team from Bristol Lido, the opportunity to develop the site.  In October 2017 the pool was reopened.  These two photos show the two different side of the pool and were “borrowed” from the internet. 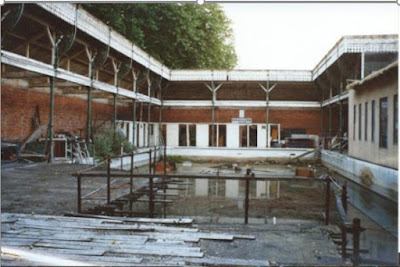 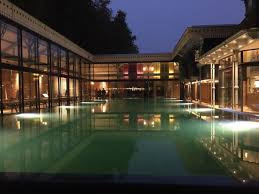 Richard does like to stop for lunch – he says it breaks the day up.  He pulled over at Christchurch Fields then realised that there was a sign which said £4 for 4 hours.  He quickly ate his lunch and we were on the move again!

Mapledurham Lock is a bit violent!  It was the first on the Thames to be mechanised in 1956 and I think it needs looking at again!  The tearoom at the lock was all shut up and I realised that two other lock tea rooms we have passed have also been shut.  Bearing in mind that it is the school holidays I would have thought they would have been open unless, of course, there has been an Environment Agency directive. 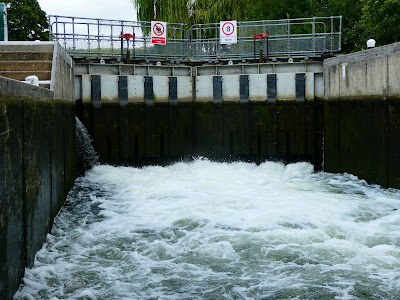 Richard took Muffin for a walk and came back and said that he had seen L’Orage and that I should put in the blog about it!  She was a Dunkirk little ship and was once owned by the broadcaster, Raymond Baxter.  She is 29 feet and 6 inches and was built in 1938.  This photo was “borrowed” from the Association of Dunkirk Little Ships. 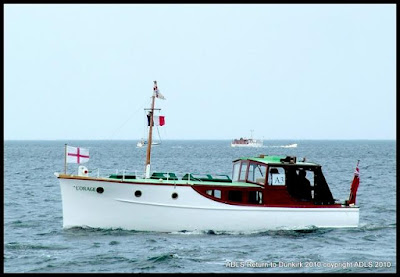 I have often wondered why some motor cruisers have very pointy bows – now I know! 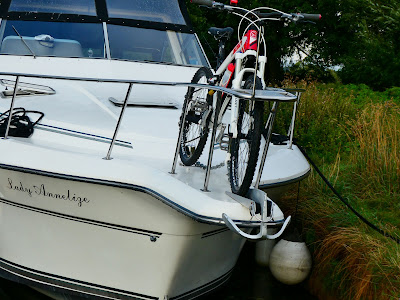