No rush today, but with hindsight maybe we should have got away earlier!

We left about 9.30am and then moored up by the Jolly Boatman so Richard could walk up to the local Co-op. We only needed milk and some fruit. At present, with the plantar fasciitis, I don’t want to walk any further than I have to. I am icing the heel twice a day and it is feeling a bit better, but then I haven’t walked any distance for the last few days. (Icing the heel sounds like I am making a pretty pattern on it with icing so I thought about saying that I have been putting the heel on ice but then maybe you would think that I am putting it in the freezer!!)

We set off towards Roundham Lock but as we approached, we could see a great long line of boats who appeared to be waiting for the lock. On closer inspection some were facing away from the lock, so we assumed they were moored!! In fact, there were 5 moored boats before 3 who were waiting to go down. What didn’t help was that only one paddle working on the bottom gate. 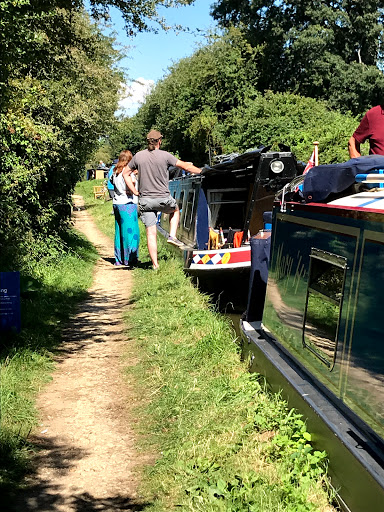 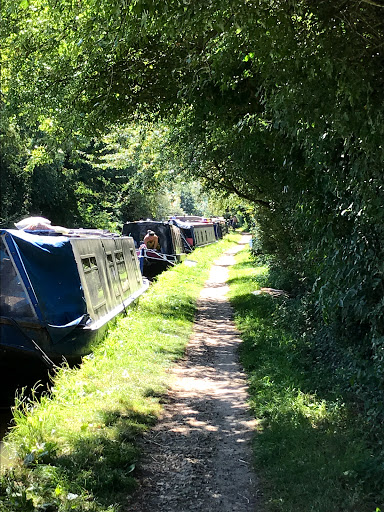 After about 1½ hours it was our turn and oh boy was it hot in the lock! Muffin had been wearing his cool jacket, but I took it off while he was Lock Keeper in case it got caught on something. I wish I had a cool jacket! 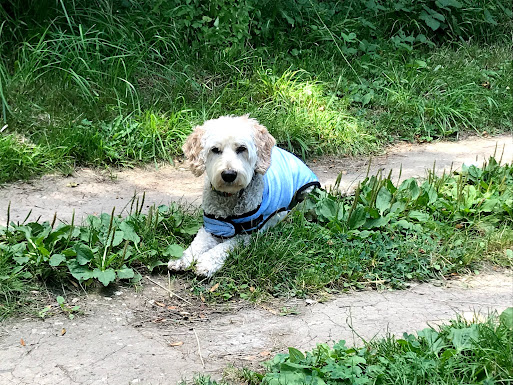 Kidlington Green Lock is only a mile from Roundham and once again I roasted in the lock. There is hardly any breeze. We pulled over for lunch at the bottom of the lock under some trees and decided to stay put as it was far too hot to keep going when we really don’t need to. There are lots of Oxford Cruisers passing us, but I guess they need to hand their boats back in the morning. 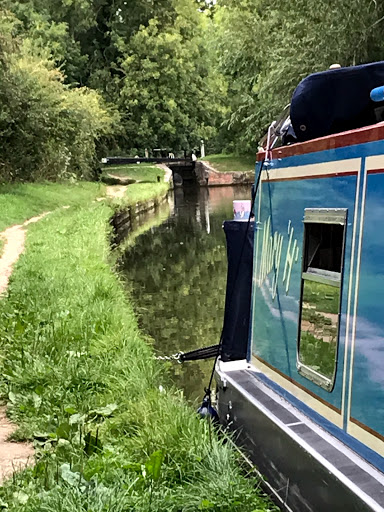 In the evening most of the Oxford Cruisers we had seen going down earlier came back with another set of happy holiday makers on board!