We left our mooring at 8am. We wanted to get a few miles under out belts before it got really hot.

There was a boat coming up, so I waited out turn then went into the lock. You may look at this photo and wonder why I have put it in but look carefully, the gate doesn’t leak!! Round the corner to Duke’s Cut Lock, the last on the canals for us. 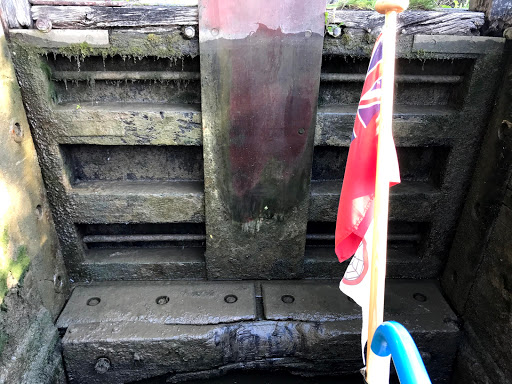 Out onto the Thames and we realised that battling the South Oxford with all the holiday makes was worth it when you get open water and a lovely breeze. Hopefully by the time we go back in September it will have quietened down a bit. 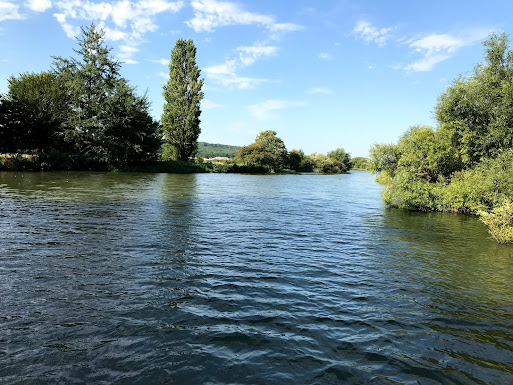 We stopped to do the dumping before Eynsham Lock where there was a lady swimming, she was joined by 2 men and 2 dogs who were also swimming. The dogs were having a fine old time! 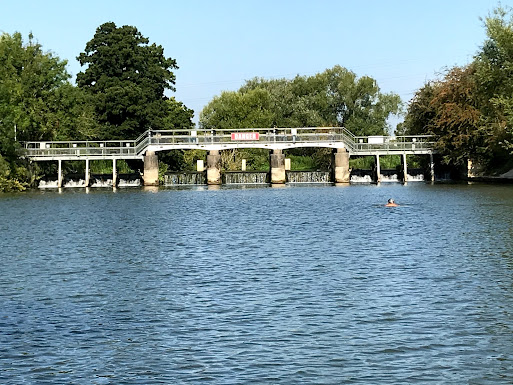 There was a Lock Keeper on duty at Eynsham so that was nice and easy. The Lock Keeper said that he felt that the Upper Thames was quieter than usual. We stopped above the lock to fill with water and then moved on. Under Swinford Bridge and then on to Pinkhill Lock. We shared Pinkhill with another narrow boat and two kayaks. The skipper of the other boat was holding his boat on the centre line (there was no Lock Keeper) so I thought I could too. Well I will never do that again – the boat lurched forward, the rope came off the bollard and Mary H crashed bumped into the lock gate. I think the paddles had been raised rather too fast. I think I will go back to doing the locks here on the Thames and let Richard steer the boat!

We passed these children who were swimming off a boat. There were some very nosy ducks! 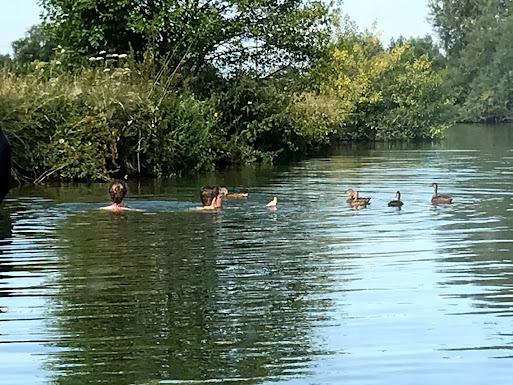 We weren't too sure where we were going to moor but we rather hoped that there would be space on the meadow opposite Pinkhill Meadow where we moored with Festina Lente over the August Bank Holiday last year and there was 😁  So here we are for the night and maybe tomorrow too.
This boat came passed us during the afternoon.  I apologise for the quality of it. 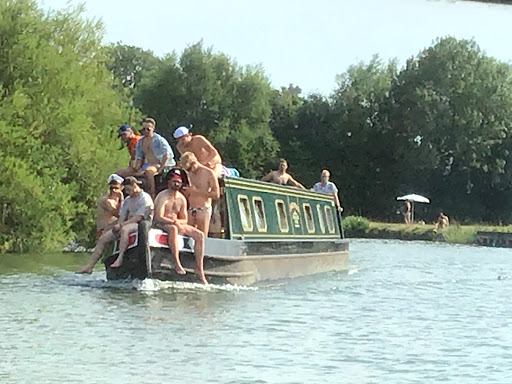