We woke up to a lovely sunny morning. We only had a short hop today, so we didn’t leave until 11am. We had turned to face upstream last night when we moored up, but today there was a fishing competition going on opposite us, and Richard didn’t want to risk the wrath of the fishermen by turning round where we were, so we went upstream until we passed where they were sitting. Now isn’t that kind of Richard?? 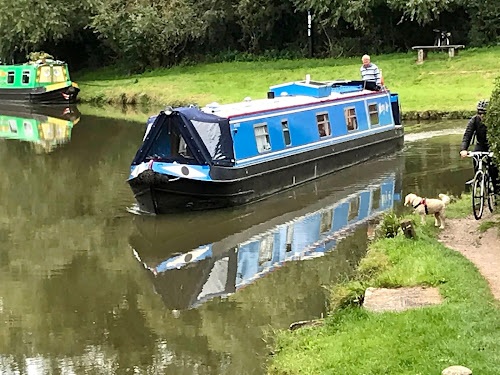 All too soon we were at the junction of Duke’s Cut with the Thames. A couple of times this year we have gone to the right and continued on the Thames but this time it was to the left and back onto the canal system.

We have been up and down what is commonly known as Duke’s Cut many times. but only today have I discovered that in fact the first part is actually the Wolvercote Mill Stream. Duke's Cut is only a 500 yard waterway, built in 1789 and named after George Spencer, 4th Duke of Marlborough, across whose land the waterway was cut. It is seen as a branch of the Oxford Canal and connects the Mill Stream to the Oxford Canal. 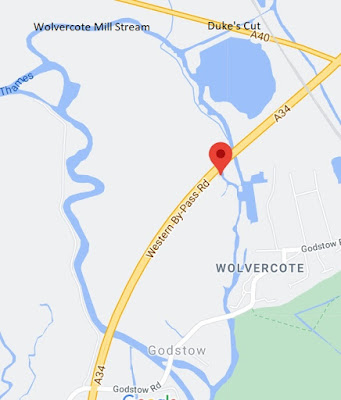 The stream is crossed in Wolvercote at a former toll-bridge. The bridge bears a plaque in memory of two airmen of the Royal Flying Corps who were killed nearby in a flying accident in 1912. Part of Port Meadow was used as a military airfield in the First World War; the Royal Artillery also had a base there. In 1940, a camp was set up on the meadow for evacuees from Dunkirk.

The paper mill in Lower Wolvercote was a former supplier of paper to the Oxford University Press and was once a major local employer. It was in existence by 1720, when it was bought by the 1st Duke of Marlborough. From 1782 the mill was leased to Oxford printer and publisher William Jackson. The mill was entirely water-powered until 1811, when a steam engine was installed to power the paper-making process. The engine consumed 100 tons of coal per week, which was brought by narrowboat down the Oxford Canal, along Duke's Cut, and then down the mill stream which at the time was navigable as far as a wharf at the mill. Two of the narrowboats belonged to the mill, having been bought in 1856 and plying between there and the Midlands for 60 years until the mill sold them in 1916. Narrowboats continued to serve Wolvercote until at least the 1950s, by which time the mill used mechanical equipment to unload them. The mill was rebuilt in 1955, ceased paper-making in 1998 and was demolished in 2004. The paper mill site is now a new housing estate. 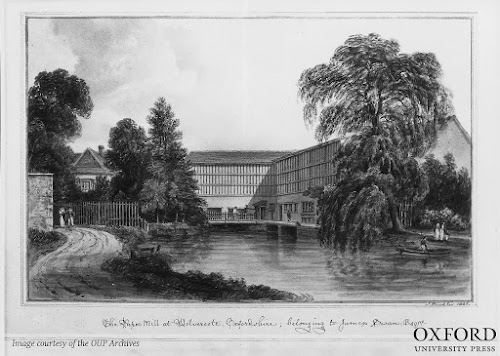 It seemed strange to be back on the canal again and I did my first canal lock of 2020 as Richard had done them all coming down due to pain in my left heel. It was weird really as one day I just realised that the pain had gone! Richard had given me a new fangled windlass for Christmas (I did ask for one!) and it was my first chance to use it. I’ve done two locks with it today and I am sure that I will get the hang of it soon! It’s a Go Windlass if you are interested.

We went through Kidlington Green Lock and pulled over on the moorings at the top. A short day today 😊

I had a few cooking apples which Graham and Brenda (Jannock) had given me last weekend and Richard found some blackberries today, oooh apple and blackberry with custard – one of my favourites.