A lovely bright and sunny morning for our last day. We pulled away from our mooring at 10am and headed for the Napton Bottom Lock. There was a volockie on duty, so we were soon through – our last lock of the summer. As we were passing all the boats on the visitor’s moorings one started to pull out right in front of us. I shouted, “excuse me” and the crew all looked up and realised we were there! Two generations plus baby and I think there was too much talking going on! They were so sorry – which was really nice.
I love this house or maybe that should be covet! 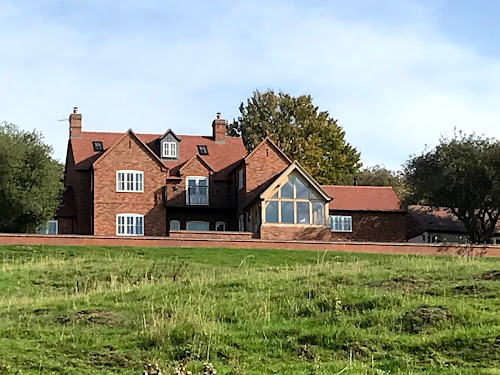 At the winding hole a boat was winding (how strange!) so we followed him along. We don’t speed but he was so slow it was a bit painful. At Napton Junction they turned up the Grand Union, which was a relief.

All the boats were out at Napton Narrowboats again. We really haven’t seen many hire boats around over the last few days bearing in mind there are a lot of hire boat bases in the vicinity. 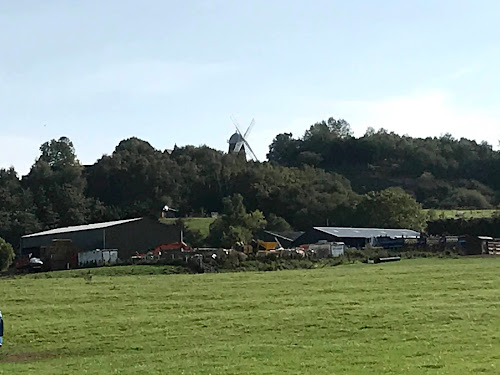 The name Napton is derived from the Old English cnaepp meaning 'hilltop' and tun meaning 'settlement' in the Old English language. In 1086 the Domesday Book recorded the village as Neptone. In the 14th century Napton was granted a market charter by King Edward II and throughout the Middle Ages it was one of the largest settlements in Warwickshire. However, the market died out, and the population of the village today of around 1,000, is roughly the same as it was in the year 1400.

I learnt something today. Back in the 13th Century if a landowner had no male heir that land went to any surviving sister. This happened twice when Robert de Beaumont, 4th Earl of Leicester died in 1204 leaving no male heir his estates were divided between his two sisters. Napton was included in the half that passed to his younger sister Margaret, and thereby to her husband Saer de Quincy who in 1207 was made Earl of Winchester. Napton was still part of the Honour of Winchester in 1271 but Roger de Quincy, 2nd Earl of Winchester had died in 1265 with no male heir, leaving his estates to his three daughters. I really love finding out these facts.

What an appropriate name for a boat in these Covid times. 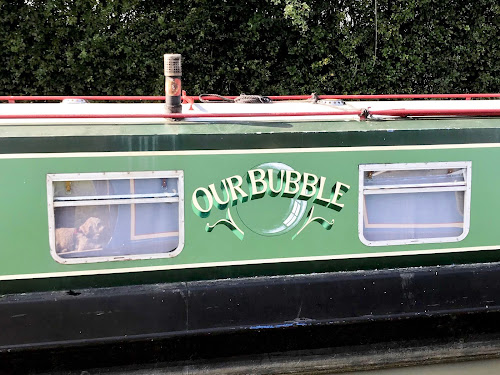 We pulled over for lunch as we were in no hurry to get back to the marina.

It’s just as well we weren’t in a hurry to get back to the marina as the world and his wife were moored along the Grand Union Canal (Oxford Canal Section) and then up the North Oxford, but it was such a glorious afternoon I’m not surprised! 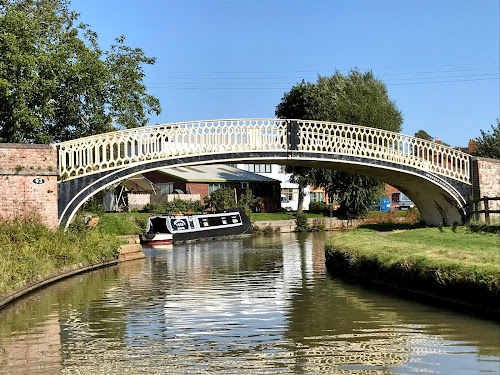 I spent most of the journey back sorting out and getting ready to pack up when we could get the boxes out of the car. 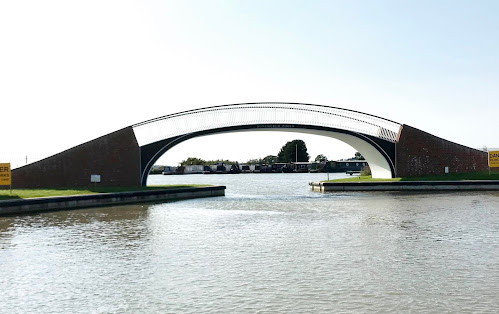 Back at the marina Richard wanted to reverse back into our space. It is nearly always windy at Dunchurch and he was a bit worried, however the boats on either side of us were out so it was easy peasy!
So, one more night on Mary H and then the packing starts in earnest tomorrow morning before we drive home.