We woke up to a bright and sunny morning, but it did look a bit chilly out there! We wanted to get a move on this morning, so we left our mooring at 9.05am to head to Marston Doles and the nine locks of the Napton flight. We arrived at Marston Doles at 10.40am with only one boat in front of us 😊 We set off down the flight at 11am following a boat that was privately owned but I’m not sure they really knew what they were doing. They started off by a person holding the boat in the lock with the centre line and getting in a real muddle with climbing down the ladder to get a windlass! I noticed that further down the flight that the holding of the boat had stopped. I guess a flight is a good way of learning how to work out a system of doing locks that suits you. 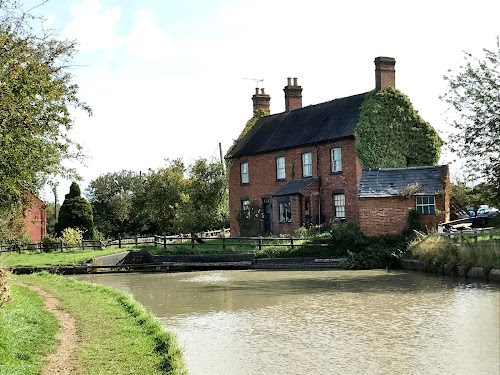 The flight was pretty much one in and one out except for the last two (we didn’t do the last one) when suddenly the flight went quiet. I think we only saw two hire boats coming up the flight but maybe it was a bit too early in the day for the Saturday hirers to get that far. However, one of the hire boats that was coming up the locks had a lady (of a certain age) steering. I was holding Mary H waiting to go in the lock. The lady was obviously very nervous and was calling her husband to get on board quick. I wasn’t really watching what was going on with Mary H and she started to edge out across the canal. Suddenly I heard “I’m going to crash” and “I’m going to hit you”. I tried my hardest to tell her that it was my fault, but she was too upset to listen. I felt really bad as I had been completely to blame. ☹ 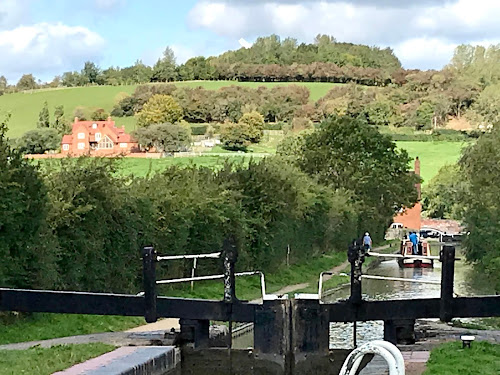 We pulled over above the bottom lock at 1pm, locked up and walked down to The Folly for lunch. It was a lovely day and we sat outside with lots of other people. The Folly are very Covid organised. Firstly, you have to sign in for track and trace and then go to the bar and order your drinks and food which are brought to your table. After the meal we had to put all the debris in the bin. I had the Folly burger which was really nice, and the chips were crispy and gorgeous. Richard had the chicken curry baked potato. 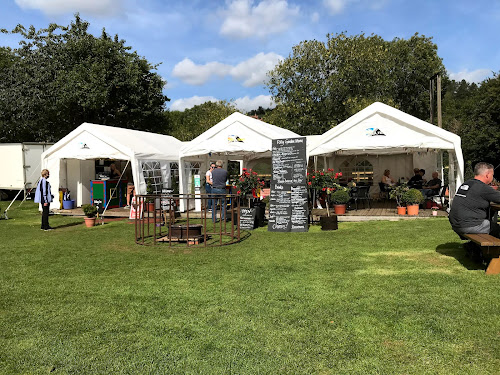 While we were eating, a helicopter flew very low over the pub, everyone was straining to see what was going on. It disappeared and then came even lower and finally landed in the field right next to the pub. Everyone was fascinated too know what was going on! 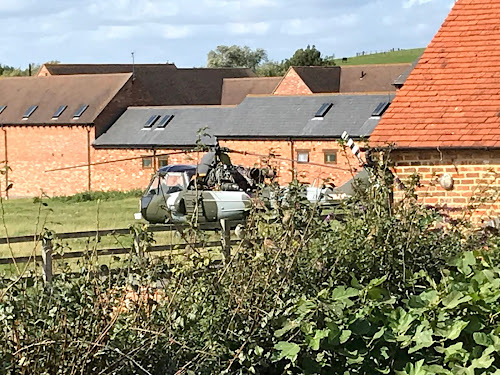 Towards the end of our time at The Folly a couple arrived with two back Labradors. One of them would not stop barking and it was so annoying. Imagine how we felt when we got back to the boat and discovered that they were on the boat in front of us! I have to admit that I did feel sorry for the couple as I think the dog was probably old and had a bit of dementia as I could tell that the woman was getting to the end of her tether ☹

We both had a sleep in the afternoon - big lunch and alcohol!

I did an exercise today with CanalPlan. It normally errs of the side of safety and we always seem to get to our destination ahead of schedule. But today it had said that the first part of our trip to Marston Doles would take 1 hour and 27 minutes, but it took us 1 hour and 35 minutes. To do the flight was 1 hour and 50 minutes and it actually took us 2 hours and 20 minutes. The flight I can understand being different, but I was surprised at the first bit with no locks.