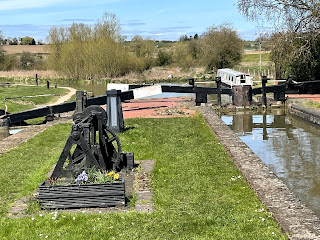 So, lockdown number 3 has ended.  Not completely, but enough to allow us to get back out on the water.  We are only out for 12 days as we have to go home for our second Covid jabs.

Lockdown for us started on December 20th when we went into Tier 4.  Christmas was spent on our own, along with millions of others in the same boat (pun intended!).  January was pretty dire - I don’t do January which is why we usually go to Spain.  February wasn’t much better but once March arrived, I began to see light at the end of the tunnel.  I missed my little grandsons so much but counted down the days to March 29th when I was able to see them outside.  April 11th was my second lockdown birthday, but we were able to have a BBQ with my son and his family. 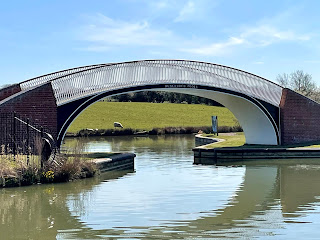 April 12th and we finally felt free 😊  The car was packed up and we set off up to Dunchurch Pools.  Mr. Sainsbury brought us our supplies and we had the usual job of trying to get a quart into a pint pot!  We decided not to leave the marina yesterday, but this morning, after the last of the jobs were complete, we left.  Richard reversed out of our berth and I’m sure I felt Mary H chomping at the bit! 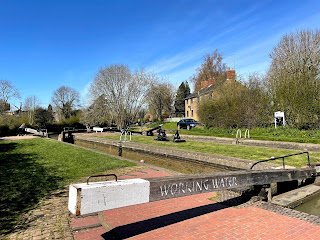 Under the marina bridge and we made a left turn to head up to Hilmorton.  Our aim is to get to the end of the Ashby, but we don’t want to rush. 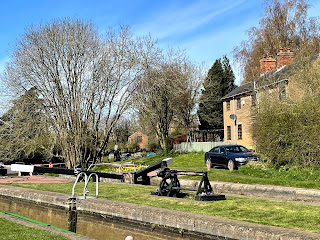 I was worried that Hilmorton Locks would be busy but we all we had was a hire boat in front of us, but as the locks are duplicated there it wasn’t a problem.  We had a lockie there to help too which was a great help.  Muffin swung into action as a boater’s dog though he was a little wary of crossing the lock gate for the first time, but he was soon across and back into action!  The lockie looked on in trepidation as Muffin walked across the gate as they had already had one dog and one daughter in the water today!  (Dog fell in and daughter jumped in after him). 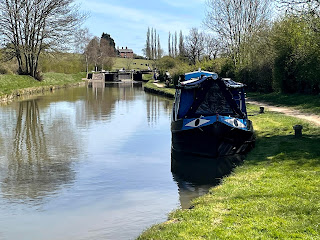 I spent the rest of the afternoon trying to fathom out my new toy!  I have bought myself a DJI Pocket 2 video camera.  I’m not going to start Vlogging, but I may well put short videos on the blog once I have fathomed how to work it and then edit the footage.  While I am on the subject of cameras, I upgraded my iPhone to a 12 during the winter and I am loving the quality of the camera.  I had the iPhone 7 before and was disappointed last year at the photo quality.  I hope you agree.