We woke to a lovely morning but sadly it didn’t last.  Grey was the order for the rest of the day.

Richard got going as I was drying my hair.  I’ve said this before but there is something really special about drying my hair while the boat is moving with the sun glinting through the trees.  There was also a fantastic photo opportunity when a lovely old bridge with the sun on it hove into sight, but of course I didn’t have my phone with me.

We passed Clifton Cruisers.  The last time we were on the North Oxford, which was in August 2018, there were so many boats in that we struggled to get passed.  This morning there were only 2.

Richard always drains the washing machine down before the winter so yesterday, before we left the marina, he got it going again.  I gave it a run through this morning, but for some reason the door lock light was off, and I thought it had finished its cycle.  Nope, I opened the door and there was water everywhere!  I grabbed a dog towel and managed to mop up the water though my feet got pretty wet.  However, there is a slight leak which will need looking at. 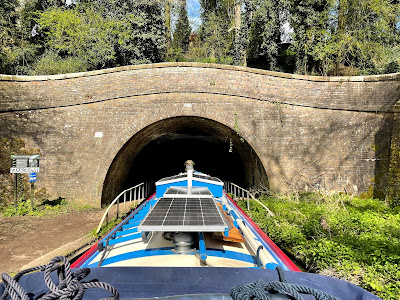 Newbold Tunnel is so boring now!  It used to have such pretty lights in it.  This tunnel is, in fact, the second Newbold Tunnel.  The second was built in 1829 as part of a scheme to straighten the canal, and it replaced an older tunnel which dated from 1777 on a different route. The southern portal of the old tunnel can be seen next to the churchyard, it is now bricked up but with two holes to allow for bats to enter.  This “new” tunnel is 250 metres long.

I had forgotten how dark the North Oxford is.  There are lots of cuttings and woods and I really don’t like them – I much prefer the landscape to be open and bright. 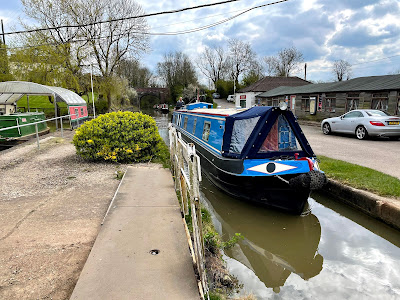 Before Hawkesbury Junction we passed a large electricity substation.  I asked Richard what exactly happens in a substation and he reeled off all the details about so many volts going in and then so many volts going out!  I’m afraid it went straight over my head – I didn’t expect him to know when I asked!!  He did say, however, that the power going in would be from a power station.  And yes, there used to be a power station at Hawkesbury Junction which was sanctioned in August 1926, commissioned in October 1928 and was decommissioned in October 1976.  The buildings and structures were subsequently demolished. In January this year, planning was submitted for up to 311 homes and industrial and retail units on the site.  As you can see the houses will be right beside the canal. 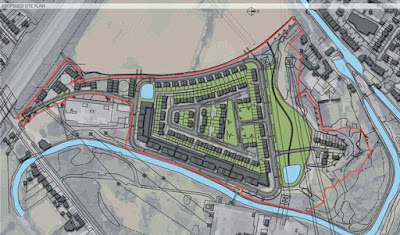 According to Wikipedia “the location's association with electricity continues. East of the Oxford Canal is the 275 kV Coventry substation this feeds the 132 kV Coventry North substation south of the former power station site”.  During the Second World War, coal supplies arrived by canal from collieries as far away as Moira, at the far end of the Ashby Canal. The contractor was the Samuel Barlow Coal Company.  If you are interested in learning more about the renowned Samuel Barlow, have a look at this taken from the Working boats of the UK Waterways site.  I found it very interesting. 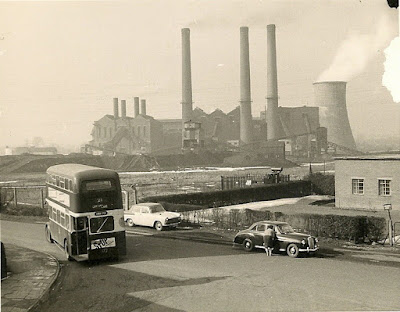 Posted by Linda Gifford-Hull at 11:17