It was a rather grey morning but by the afternoon the sun came out.  It wasn’t a very long trip today – we just wanted to be at the Cape of Good Hope ready to do the Hatton Flight tomorrow.

We stopped off at Tesco as our next shopping place is Stratford-upon-Avon and I needed to stock up.  I thought I had done well in keeping the amount of food down by working out recipes, but when I got back there was still too much to go in the fridge ☹  I did buy quite a bit of fruit which would normally go in the fridge but I have had to stow it in a cool place.

After coming down 23 locks it always seems strange to me to come to the Cape Locks, and find that we are now going up – I know, I’m weird! 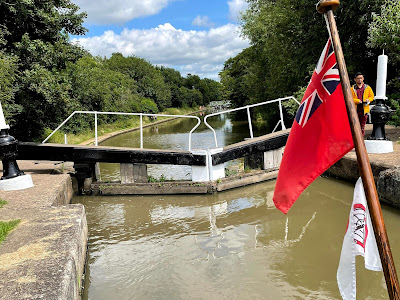 The moorings above the Cape Top Lock were empty, we were hoping to find another boat to buddy up with that is planning to do the flight tomorrow.  Nice quiet afternoon but so many people walking along the towpath.  In the evening we went to the Cape of Good Hope pub and had a good meal.  The pub was busy but they had got things extremely well organised though I’m not sure about their tables being socially distanced. 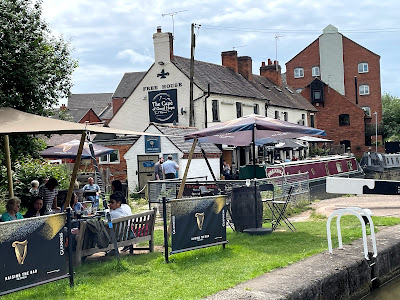 Last year I started using Waterway Routes and I have found some really interesting facts out from it.  Today’s is that, maybe one day, four locks will drop boats down to the proposed Higher Avon Navigation.  There would then be five more locks before joining the River Avon. 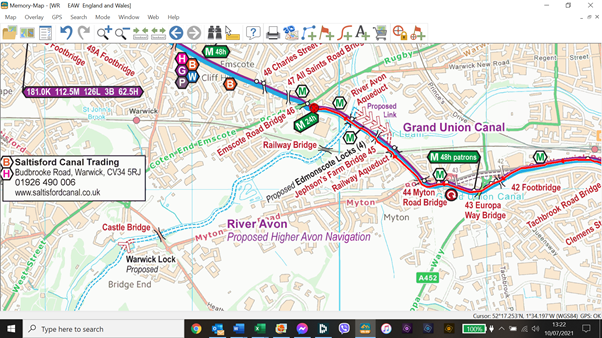 This map is taken off my Waterway Routes map

In February 2019, Stratford-on-Avon District Council announced that they would not be supporting the project.  Maybe some millionaire will come along and fund the build – it will save 22 miles and 57 locks!  Thinking about it, perhaps I should buy a lottery ticket tonight and maybe, just maybe, I could fund the Higher Avon Navigation!