There was no lounging in bed watching BBC Breakfast this morning as we had no TV reception!  Consequently, we were away early.  Down the last two of the Stockton Flight and then on to the Bascote flight with its staircase.  There was another boat waiting to go into the top lock, so we buddied up with them.  There were four people on board Henry James, a Kate’s hire boat.  We continued with them for another 9 locks until we pulled over.  The skipper and his wife had been out for 9 weeks, and this was their last day.  They had had a number of visitors over the weeks and had managed to cover almost every canal north of Warwick!  They even did the Standedge Tunnel!! 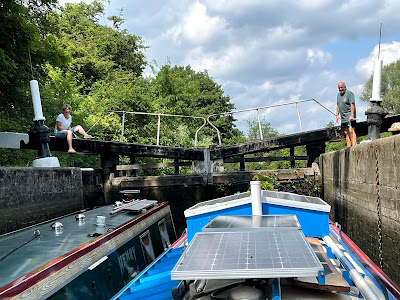 We passed the HS2 site, or maybe I should call it the Blot on the Landscape.  We had been pretty horrified in what we saw on the South Oxford last year, but this was ten times worse.  I guess we will all get used to it in time and I assume that the earth “mounds” will be either flattened or grassed over.  However, the question for me is, do we really need it?  I very rarely travel on the train and haven’t done a long journey for years and years, but I’m sure that someone somewhere will find it very useful.  When the project was mooted in 2009, it was expected to cost an estimated £37.5billion. But the latest progress report reveals that the total cost could be around £98billion – what could the UK done with that money? 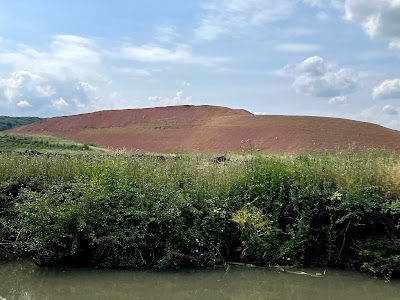 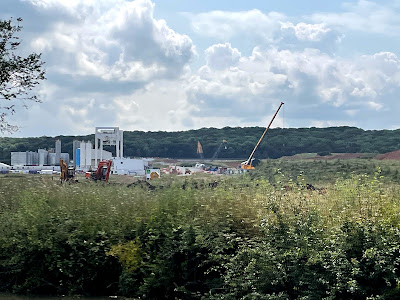 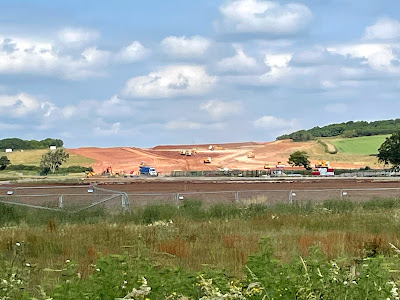 Writing about the HS2 crossing the canal reminded me that also crossing the canal is the Fosse Way and the Welsh Road, both of which we have seen today.  The Fosse Way was built by the Romans in the first and second centuries.  The Welsh Road is more difficult to age, some sites say that it was built pre the Elizabethan era.  One website, The Kenilworth History & Archaeology Society, says that “Welsh Road was used to drive cattle from as far away as the rich soils of Anglesey over 250 miles to wealthy customers at market in the South East.  The 250 mile journey down the Welsh Road had to be undertaken in stages of 12-15 miles a day, taking three weeks to complete. By 1810 number of cattle being driven out of Anglesey had risen to over 14,000, so just imagine for a moment having potentially thousands of cattle wending their way through the very centre of Kenilworth every year!”

We pulled over shortly after the Fosse bottom lock.  It was very sunny and warm, so we stopped under some trees.  However, the sun went in and it was rather grey.  It was another night without TV reception but this year I have brought my Amazon Firestick with us and, with unlimited internet, we were able to watch Netflix.

Posted by Linda Gifford-Hull at 09:27