We woke up to a lovely morning.  Liz came and collected Penny to take her to Church.

Richard, Jim and I met Penny for lunch at Valery.  At 12.30 on a Sunday, they do brunch where Ashley plays Spanish classical guitar.  He was very good indeed and we really enjoyed the music and our lunch. 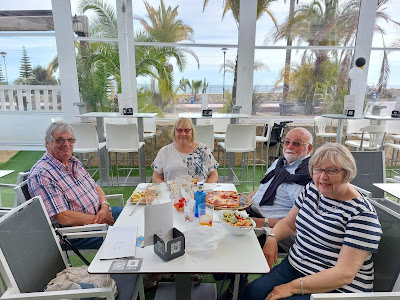 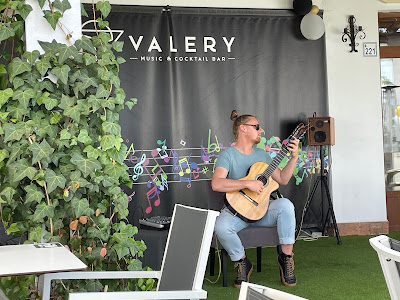 When we returned to the car a Spanish car had parked behind us!  Not very friendly ☹  I wanted Richard to back into him and set the alarm off but he wouldn’t! 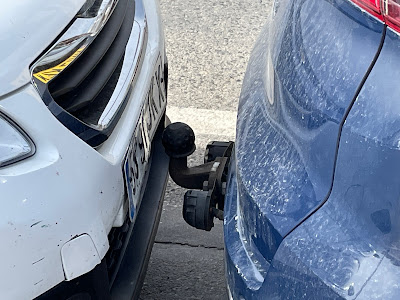 We decided that we needed to walk our lunch off so went for a lovely walk along the Paseo with Jim on his scooter.  Penny and I had a go on the exercise machines. 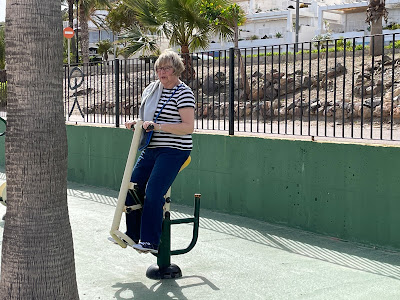 Another grey day.  Richard, Penny and I went to see if we could get a special battery we needed for Muffin’s bark box.  (The bark box is a no shock anti barking collar with vibration and a beep).  When the guy behind the counter saw us struggling to with the batteries he came over and looked at our battery.  He saw it, pointed to his throat and said, for the dog!  We were totally amazed!

As we came out of the supermarket the sea had become quite rough and the sky had turned yellow. 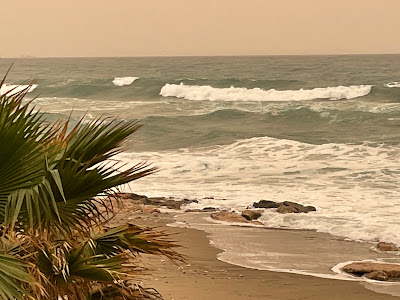 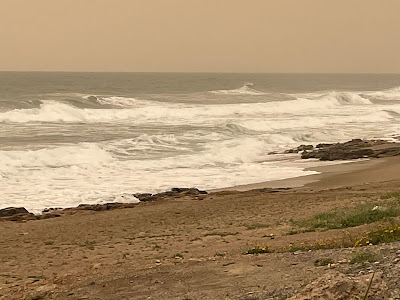 As the afternoon wore on the sky became yellower and yellower.  A really strange phenomena. 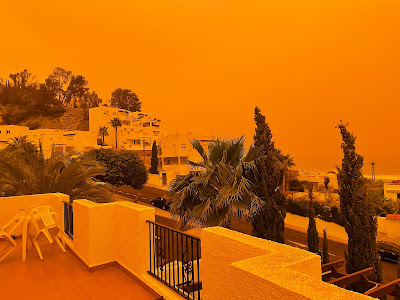 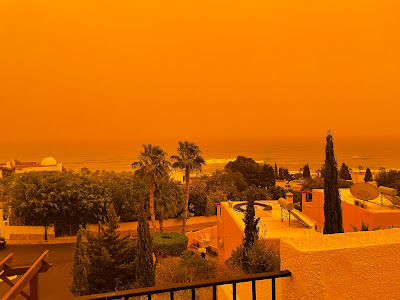 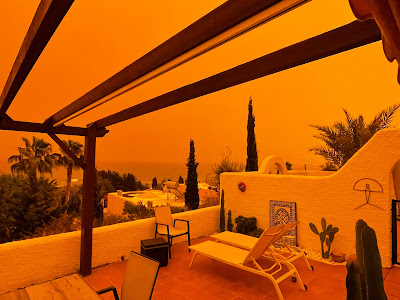 We woke up to a lighter yellow sky which gradually changed to grey.  However, everything was covered in red sand – and I mean covered.  If you are reading this is the UK and think you had it bad, well multiply what you had by about, that’s what we had! 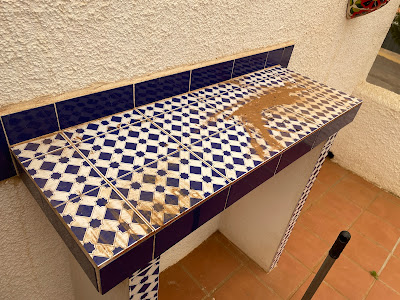 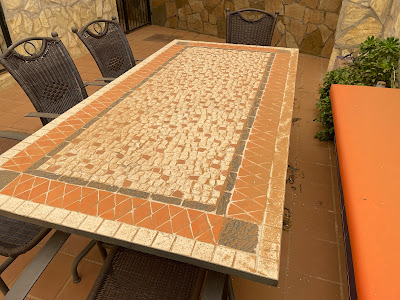 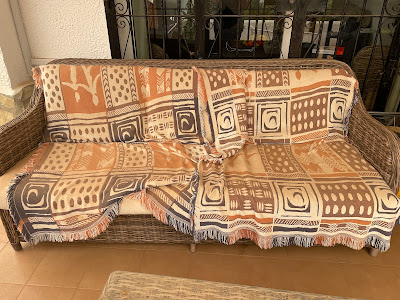 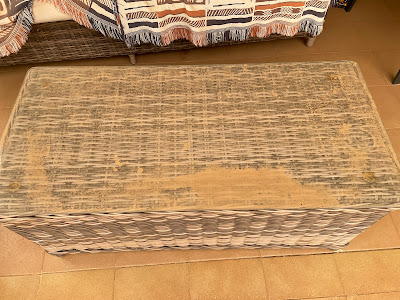 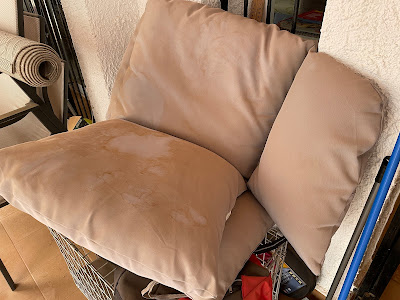 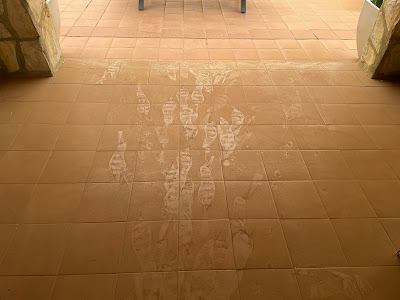 So, what is a Calima?  it is the Spanish word used to describe when there’s sand or dust in suspension in the atmosphere. The English translation is haze.  There are two types of calima – type A refers to natural haze from sand, dust and other particles that come from the environment, whereas type B refers to the haze that comes as a result of pollution or ash from a forest fire for example. Visibility is poor, the sky turns either yellow, orange or red, the air is usually drier and more stifling, it gets harder to breathe and everything is covered in a layer of dust.  Calima episodes tend to last between three and five days.  When rainfall occurs during a period of calima, it leads to muddy rain, as dust and sand particles are dragged down by the rain to the surface.  This calima caused a huge cloud of suspended dust which covered almost the entire Spanish mainland and the Balearic Islands.

Posted by Linda Gifford-Hull at 13:46