Sunday 22nd May – Point Farms Provincial Park to Wheatley Provincial Park
It was drizzly and misty this morning.
We had a fairly long drive today and I wanted to use both Google Maps and the satnav.  Our satnav is one for caravans and motorhomes and Google Maps just gives me the shortest route.  There was quite a difference in the mileage and arrival time so it was going to be interesting. Everything was going well, but what on earth were we supposed to do when we got to a junction and the satnav said turn left and Google said turn right?!  We went right.  Gradually I could see that the sat nav was taking us on the main roads which is understandable, but even the most minor roads round here are two lanes with a refuge too.  I think once we are in the Rockies the roads might be a bit narrower, we will see.
We drove through a very pretty town called Bayfield which is a popular tourist destination. Visitors enjoy the historic Main Street with its many well-preserved old buildings, including the Little Inn which has served travellers since the 1800s, initially as a stagecoach stop.  Main Street is located just back from the main road but we could see how pretty it was as we passed by.

We found a Foodland in Bayfield and got out of the RV and were hit by the cold!  It was freezing.  Every supermarket we have seen have lovely plants outside.  These are all hanging baskets. 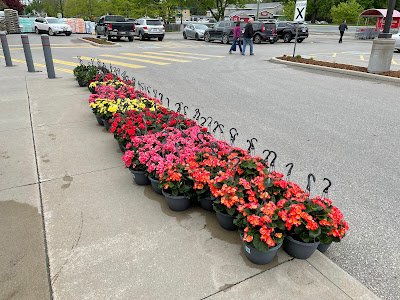 Some road names are very strange.  There are hundreds of Concession Roads all with numbers. I will need to find out why?  We did find two with names that made us chuckle – Grand Bend Line and Go Home Lane.
We were driving quite happily down a road when it was suddenly closed off by order of the Police.  There had been no notification of the closure, but fortunately there was a right turn just before the closure but the road surface was dreadful – almost like an unmade road. 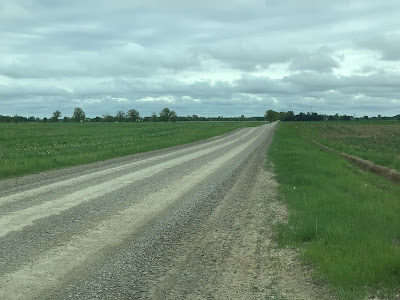 We passed the site of the Battle of the Longwoods.  Apparently British troops converged on American soldiers encamped on Longwoods road March 4th 1814. The British with a combined force of 240 troops were joined with 28 natives. The Americans with only about 160 men had a protective defensive position on the west side of the steep ravine and repelled the attack, but then retreated back to Detroit fearing a larger British force would soon arrive. The battle lasted under two hours: the British suffered 14 killed and 52 wounded.  I have to say that my knowledge of history is sorely lacking as I didn’t know that the Americans tried to take over parts of Canada.
We arrived at Wheatley Provincial Park, found our site then returned to the office for a longer electric cable – again!


Monday 23rd May – Wheatley Provincial Park
Today we went to Point Pelee, the southern most tip of Canada.  We arrived at the entrance to the park and then had to drive for miles before we actually got to the visitor centre.  All along the roads were picnic areas and entrances to the beach.  It was too early for us to have lunch in one of them.  When we finally got to the Visitor Centre we parked up, made a picnic then took the little road train down to about 0.5 kilometre away from the point. 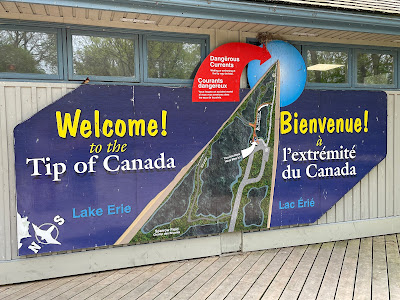 We wandered down and Richard took the obligatory photo of me at the tip.  What you can’t see from the photo is that just after Richard took it a wave come over and soaked my feet!  We found a nice place to have our picnic then walked back to the road train.
We found a sign which said that we were just south of the 42nd parallel, as far south as Rome and Barcelona. 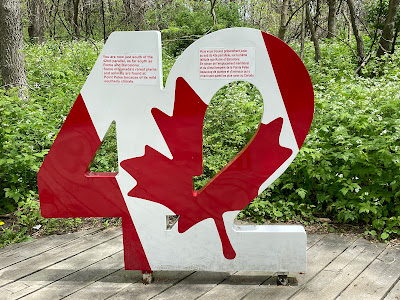 We also found a very sad sign which said that on July 19th 2003, a sixteen-year-old and his brother waded into the water off the Tip. Dangerous currents pulled both away from shore.  A visitor risked his life rescuing one brother. The other disappeared beneath the waves and drowned. His body was found a week later many kilometres away. Sadly, this is a story that has repeated itself too many times.
Between Point Pelee and Pelee Island is The Pelee Passage which is a narrow, shallow, reef-filled channel called the Pelee Passage, it is one of the busiest yet most dangerous marine navigation areas on the Great Lakes. More than 200 ships have been lost in these waters, claiming many lives. 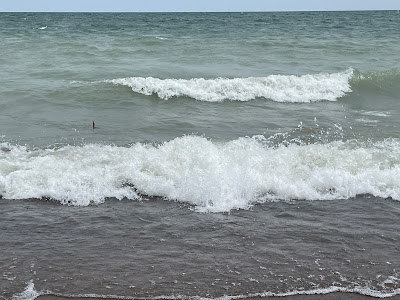 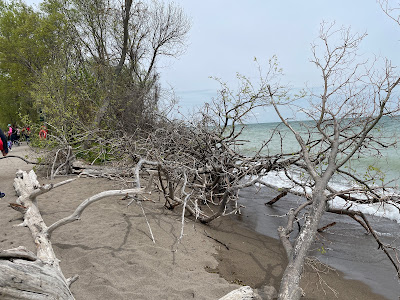 Point Pelee consists of a peninsula of land, mainly of marsh and woodland habitats, that tapers to a sharp point as it extends into Lake Erie. The spit of land is slightly more than 2.8 miles wide at its northern base. Established in 1918, Point Pelee was the first national park in Canada to be established for conservation. This site was named "Pointe-Pelée" (meaning "bald point") by French explorers because the eastern side was rocky and had no trees. 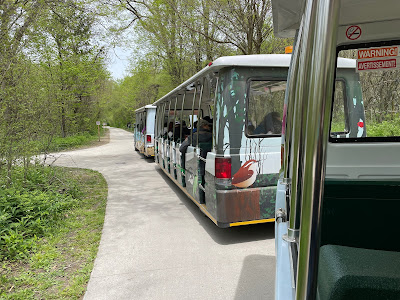 Aboriginal people lived on Point Pelee for many years before European colonization, dating back to at least 6,000 years. The largest archaeological site found at Point Pelee is thought to have been occupied between AD 700 and 900.  The name was given to the area by Fathers Dollier and Galinée when they passed through the area in 1670.  In the late 1700s, British naval reserves logged the area's white pine for shipbuilding. In 1790, Deputy Indian Agent Alexander McKee negotiated a treaty with Aboriginal communities that ceded a large tract of land, which included Point Pelee, to the Crown. The Caldwell First Nation Chippewa people, who inhabited Point Pelee, were not signatories of that treaty. However, the Crown did not realize this, and their land was ceded nonetheless. Subsequently, they were forced off their land, and Point Pelee remains unceded aboriginal land. This has been publicly acknowledged by the Department of Indian and Northern Affairs Canada.
Posted by Linda Gifford-Hull at 16:42