One tunnel and six locks plus one bad back – not a great thing to look forward to.

We had a slow journey through the tunnel following another boat and moored up at the top of the Braunston flight.  We were joined in the lock by Miss Garnett and her crew who I just can’t remember the names of!  We had a good trip down the locks with one or two out and us in.  However, lock 3, was different.  It was turned against us by a lady who, when Richard approached her, asked us to leave it like that as they were coming up.  We waited and waited.  It must have been a good 5 minutes, so Richard walked down to the next lock and couldn’t see another one coming but could see that a hire boat had just moored up.  They had obviously completely forgotten about the lock they had turned when they must have been able to see us at lock 4.  There was a lockie at the bottom lock who told me that the same hire boat and had said that they were fine and knew what they were doing, except that they opened all four paddles straight up which caused the boat to crash around in the lock as it wasn’t tied up.  I felt sorry for the lockie as what could she do, she had been told that they knew what they were doing, but obviously didn’t.

(The photos on this post are all ones I had taken during our trip.) 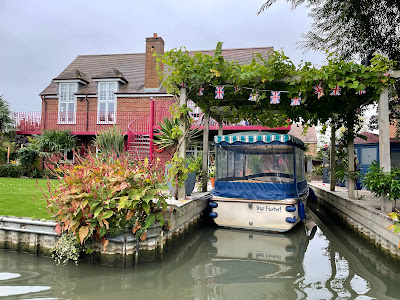 We had hoped to be able to stop at the Gongoozlers Rest for lunch but there was no mooring, so we continued through Braunston and along to Bridge 100 on the Grand Union/Oxford Canal.  When we started using this part of the canal which must have been six years or so ago, we always stopped at Bridge 100 as there was such a lovely view, but now the hedge is really high, and you can’t see a thing.

Richard picked some blackberries in the afternoon as I had bought a cooking apple, so I stewed them for pudding. 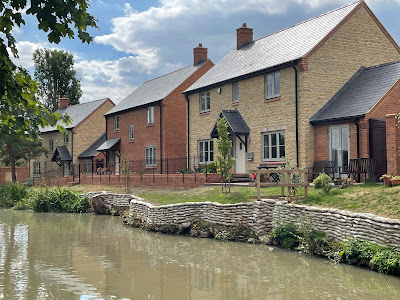 Before Braunston Tunnel is the proposed entrance to a 1.6 mile canal arm from Daventry to the Grand Union Canal  It was given approval by the Daventry planning department in January 2017, However, building of the new canal arm is still in doubt due to lack of funding. If funding is found the new arm could see Daventry linked up to the Grand Union Canal. It would include six locks and is hoped that it would terminate in a new waterfront development in the centre of Daventry. The proposal has been on the table for more than ten years and has been open to public consultation twice over the years.  This is relatively old news, but it certainly hasn’t been started. 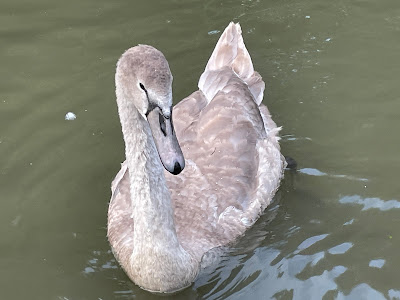 I wrote the above before hearing that the Queen was gravely ill.  We put the TV on and followed the proceedings.  It was the lovely Hugh Edwards along with Royal correspondent, Nick Whitchell, who were trying to hold it together while there was really nothing to report.  They kept going to old videos and photos when suddenly there on the screen was the flag on top of Buckingham Palace at half-mast.  Hugh Edwards came back on and told us the sad news that the Queen had passed away.  I shocked myself by bursting into tears.  I’m not usually one to show my emotions like that, but the Queen had been my monarch all my life.  My mother always told me that at six weeks old I was propped up in my carry cot and put on the table so I could watch the Coronation on TV.  We didn’t have a TV in those days, but some friends who had a TV, opened their house to anyone who wanted to watch it.

What a sad day.  I said yesterday how I had burst into tears when I heard about the Queen’s passing, but today it turns out that many, many people have been quite shocked at how her death has affected them. 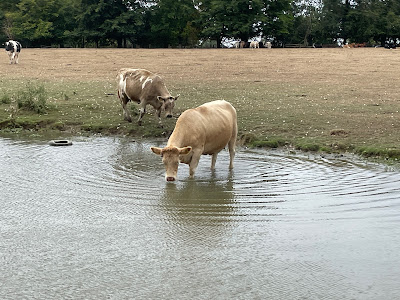 We moved on down the Grand Union/Oxford Canal to the next winding hole where we turned round and headed back to the marina.  My back was bad after the locks yesterday, so I took the opportunity to sit in my captain’s chair, which I find really supportive and comfortable, and watch BBC1 on my phone.

Back in the marina Richard did all the usual docking procedures!  We then just sat and watched the TV.

It didn’t matter how bad my back was we had to pack up and set off for home.  I found the journey painful but knew that I had to brave it!

It was strange when we got home as it was just as we had left it, well except that Yoyo, Victoria’s cat, had gone to her new home.  Victoria has lived with us for quite a few years, so things were always different when we got back from a trip.  Richard and I both commented that from now on nothing will be the same at home or in the UK. 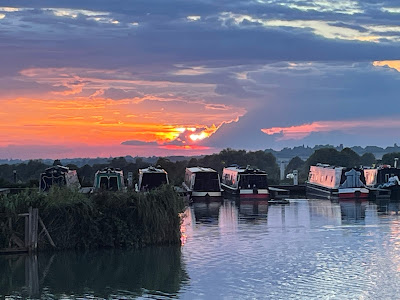 Total of the 3 weeks we were out

Posted by Linda Gifford-Hull at 12:22