We were under way by 9am as Richard was determined to get in front of Little John (who had moored just up from us), I was still in the shower so he had to do the first lock on his own!


This part of the canal is really beautiful.  Normally I don’t like overhanging trees but today, with the sun glinting through the leaves, it was stunning.  I took lots of photos but they really don’t do the real scene justice. 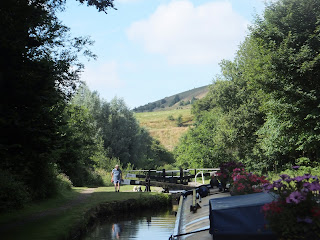 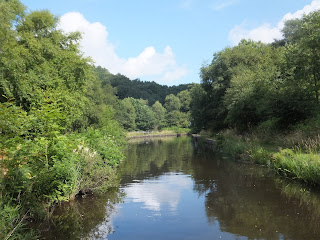 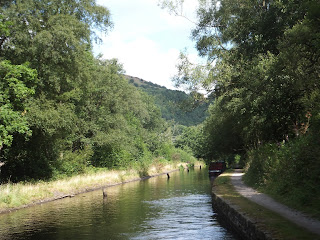 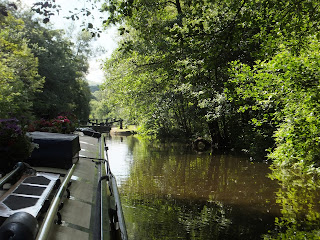 As we approached Lock 10W we noticed that it was full (all the others have been empty) and we thought that the gates must have been replaced and there was no leakage.  I went into the lock Richard shut the gate and opened the paddles at the other end.  It seemed to take an age to empty so Richard went to look at the paddles at the top of the lock and when he looked really closely they were locked and open!  I think you can see from the photo that closing them could be easily overlooked as the white markers have disappeared. 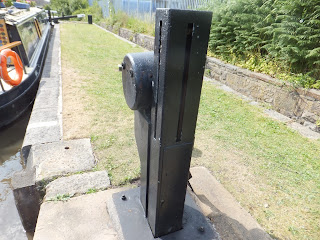 We went through Scout Tunnel – rather an anti-climax after Standedge!


Just before Lock 8W there is a low bridge, number 46, – and I mean low!  I hardly needed to dead the flowers after going through it!  The chimney got knocked off too. 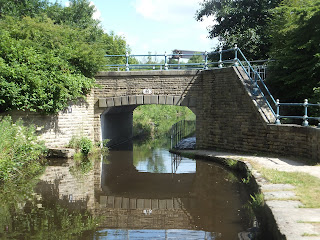 After the lock the canal goes under an electricity pylon – it does look odd.  This was another part of the canal that had been filled in and rebuilt. 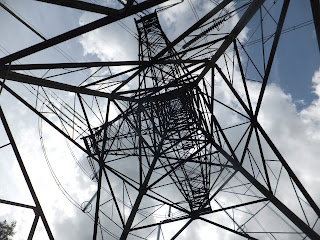 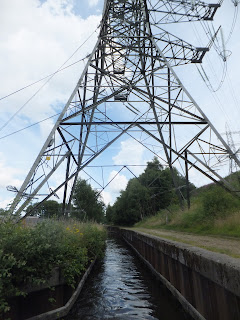 We stopped in Stalybridge right outside Tesco so I stocked up on the heavy things.  Stalybridge was one of the towns where the canal was filled in but, along with the help of the local council, there are now four new locks and five new road bridges.  Lock 6W is in the middle of a new square named Armentieres Square after Stalybridge’s twin town in France.  There is also a lot of mooring between locks as well as by Tesco. 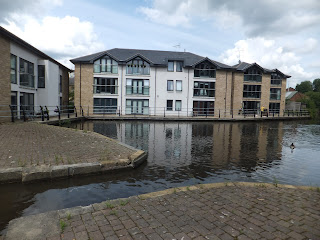 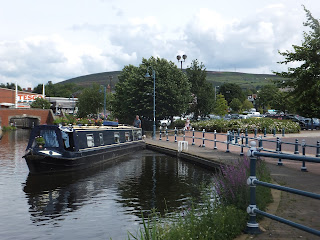 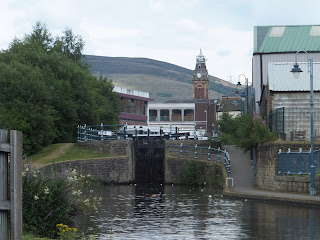 As we descended down into Ashton-under-Lyne the scenery became one of desertion and sadness.  We have seen so many mills that have been renovated and are now flats but along here they are just dejected and waiting for some love. 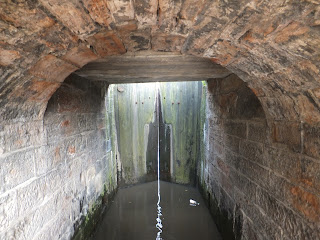 The Huddersfield Narrow Canal ends just before Ashton-under-Lyne and we entered the Ashton Canal for a mile or so before turning onto the Peak Forest Canal and mooring up just beyond the junction. 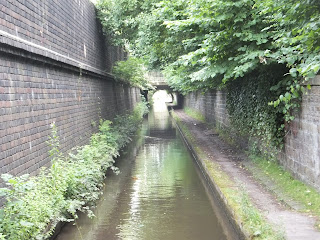 We have so nearly done the whole of the Pennine Ring – just the Ashton Canal into Manchester left to do.  But that will have to wait for another time.


We have really enjoyed the Huddersfield Narrow Canal and it is on our list of canals to visit again though next time we will go south to north.  It’s been hard work but the scenery has more than made up for it.  We have not had the problems with water that we thought we would have – just one incident.  We only draw 20 inches so maybe that’s why it’s been a lot easier for us than others.