Sunday - Having had three early starts we had a lie in.  We pulled up the blind over the front doors and there in front of us was a bright blue sky and the SS Great Britain – absolutely amazing!  It’s costing us £25 a night (approximately) which might sound a lot but think how much you would have to pay for a B & B with such a view and so close to the city. 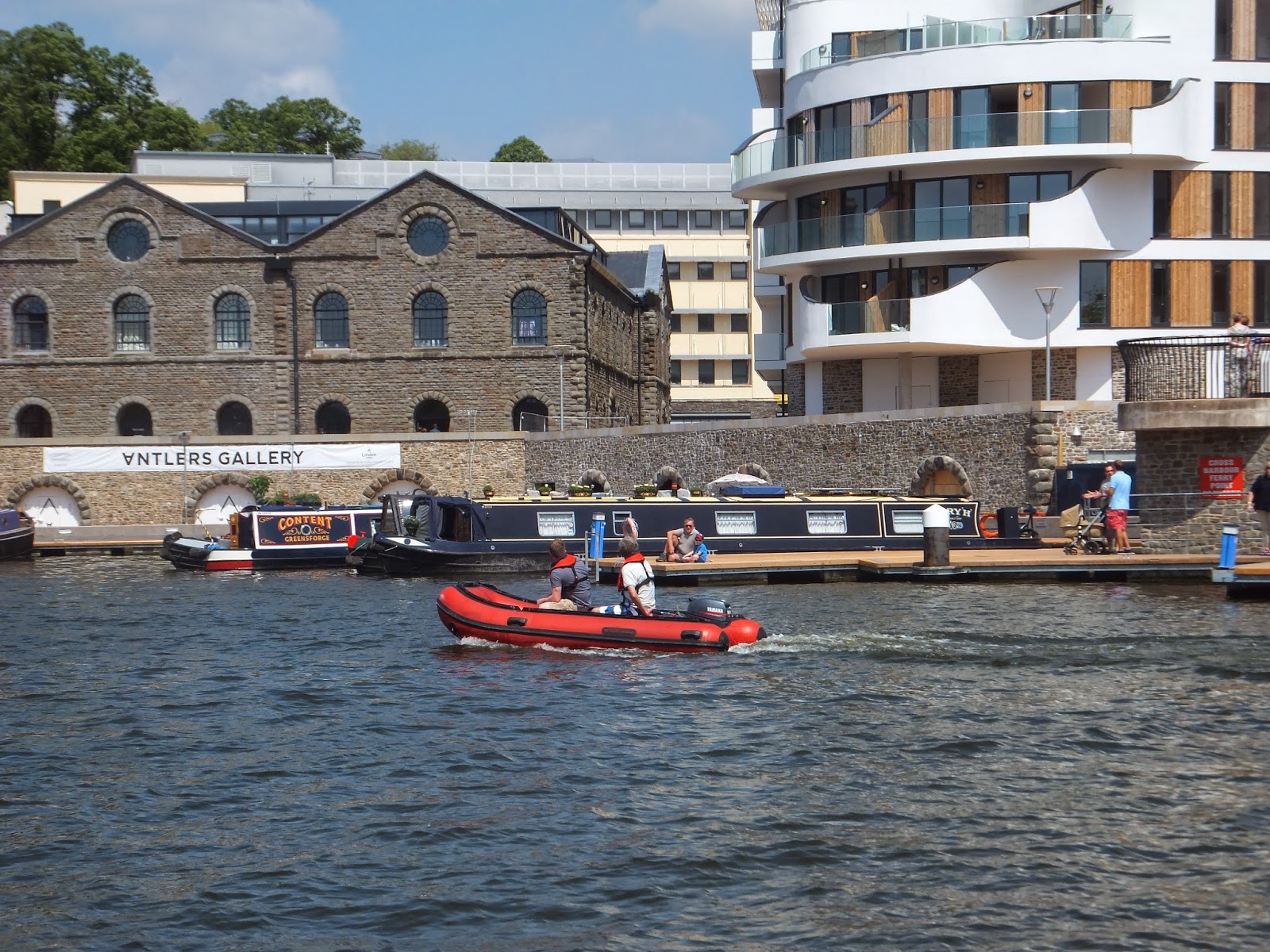 Richard decided on lunch out so we took the ferry across to the Great Britain and walked along the south side of the harbour.  We came across Brunel’s Buttery and had a wonderful bacon, sausage and mushroom sandwich each.  They also give dogs a sausage!!  Muffin isn’t allowed human food but anything that falls on the ground is fair game so I broke it into four and accidently dropped bits while we ate our sandwiches – I don’t think he could believe his luck that I was being so careless! 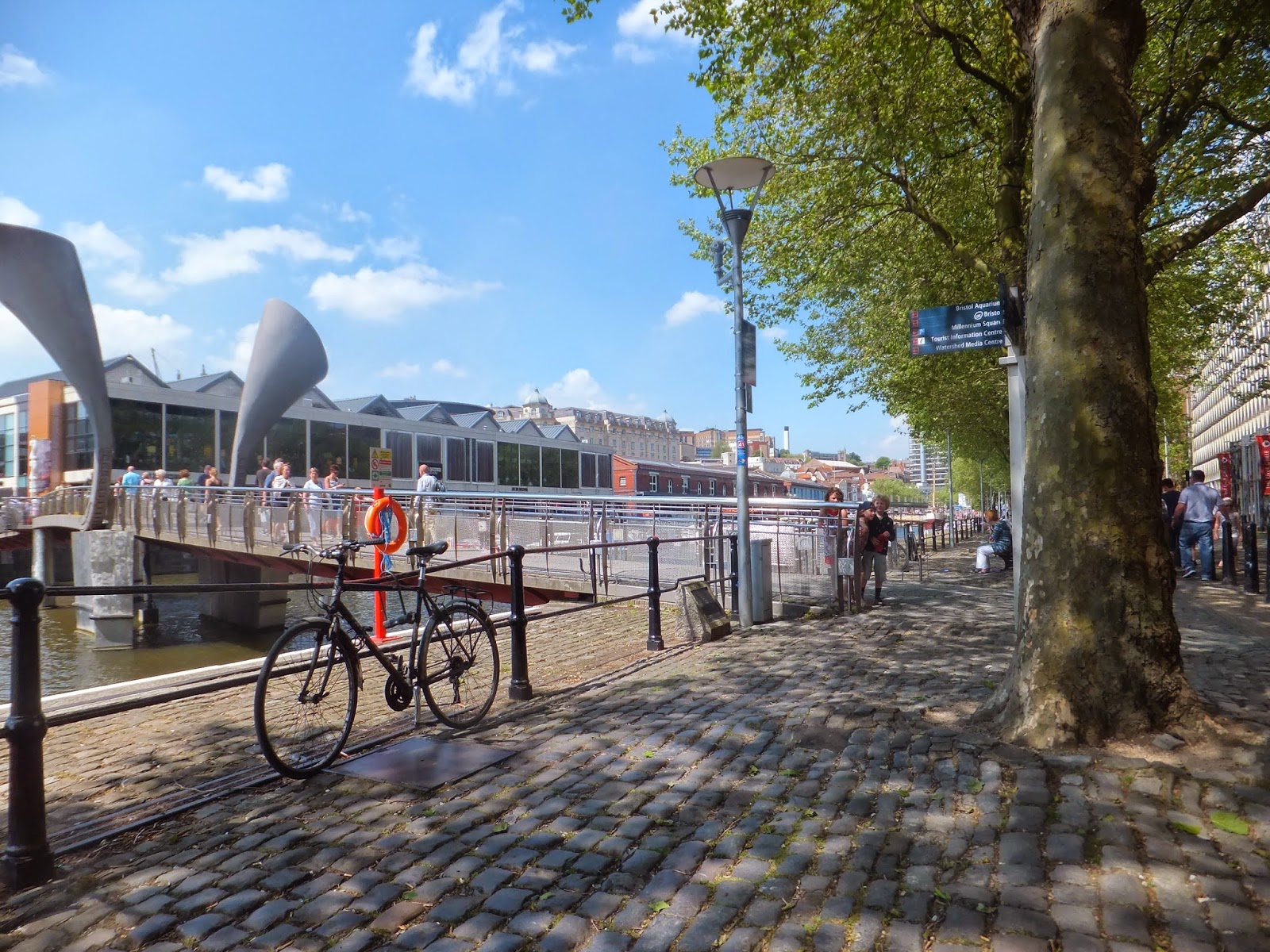 We walked up to Prince Street Bridge, crossed over and up Narrow Quay to the Centre Promenade.  From there we walked through where all the restaurants are and where there were artisan stalls and back to the boat.  Bristol was absolutely buzzing – a sunny Sunday afternoon in a city that buzzes anyway made our walk amazing. 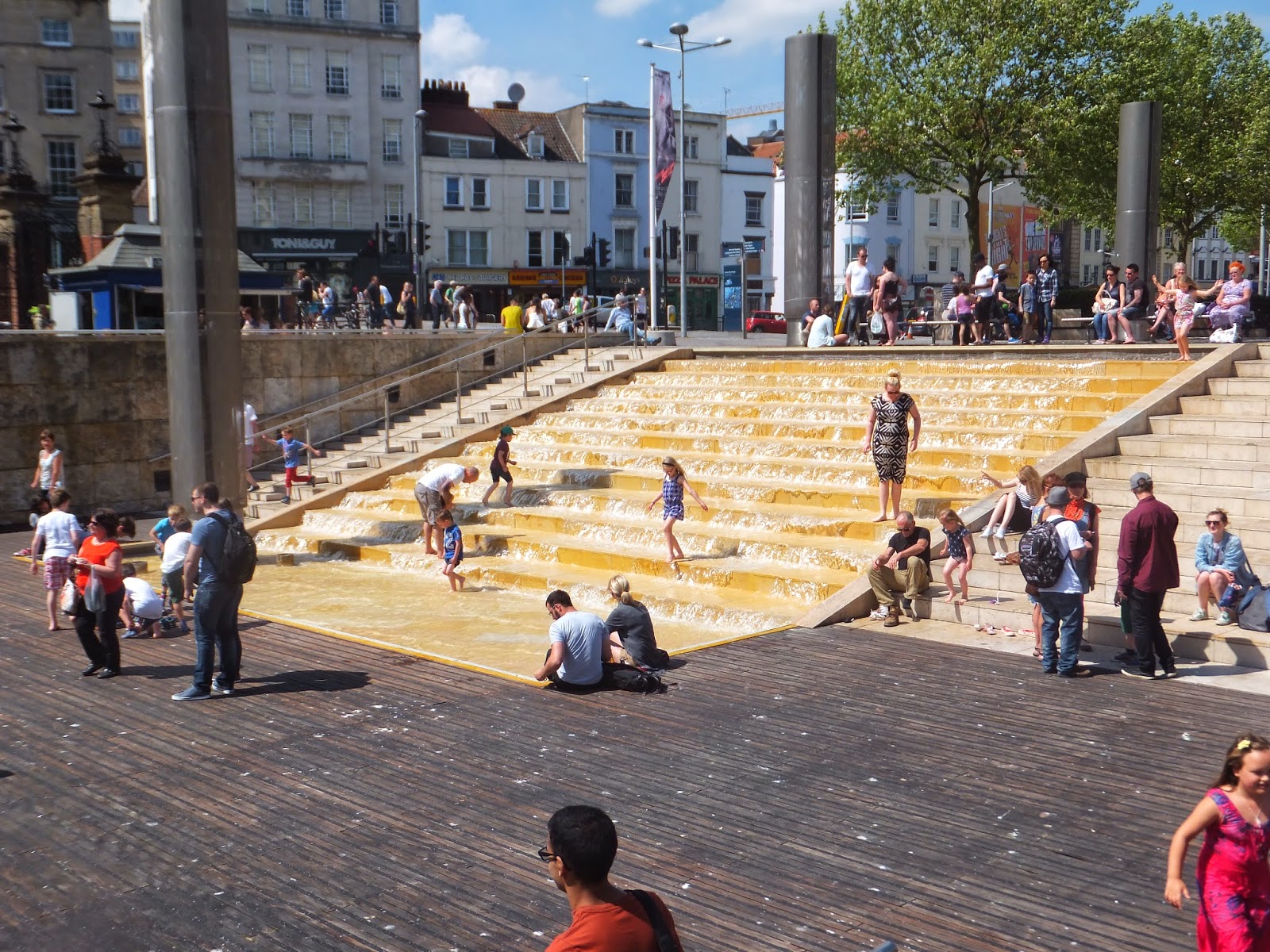 We passed the Kaskelot which is a three-masted barque and one of the largest remaining wooden ships in commission and was built in 1948. During the 1960s, Kaskelot worked as a support vessel for fisheries in the Faroe Islands.  The current owners purchased her in 2013 and she is now undertaking charter and commercial work around the UK. 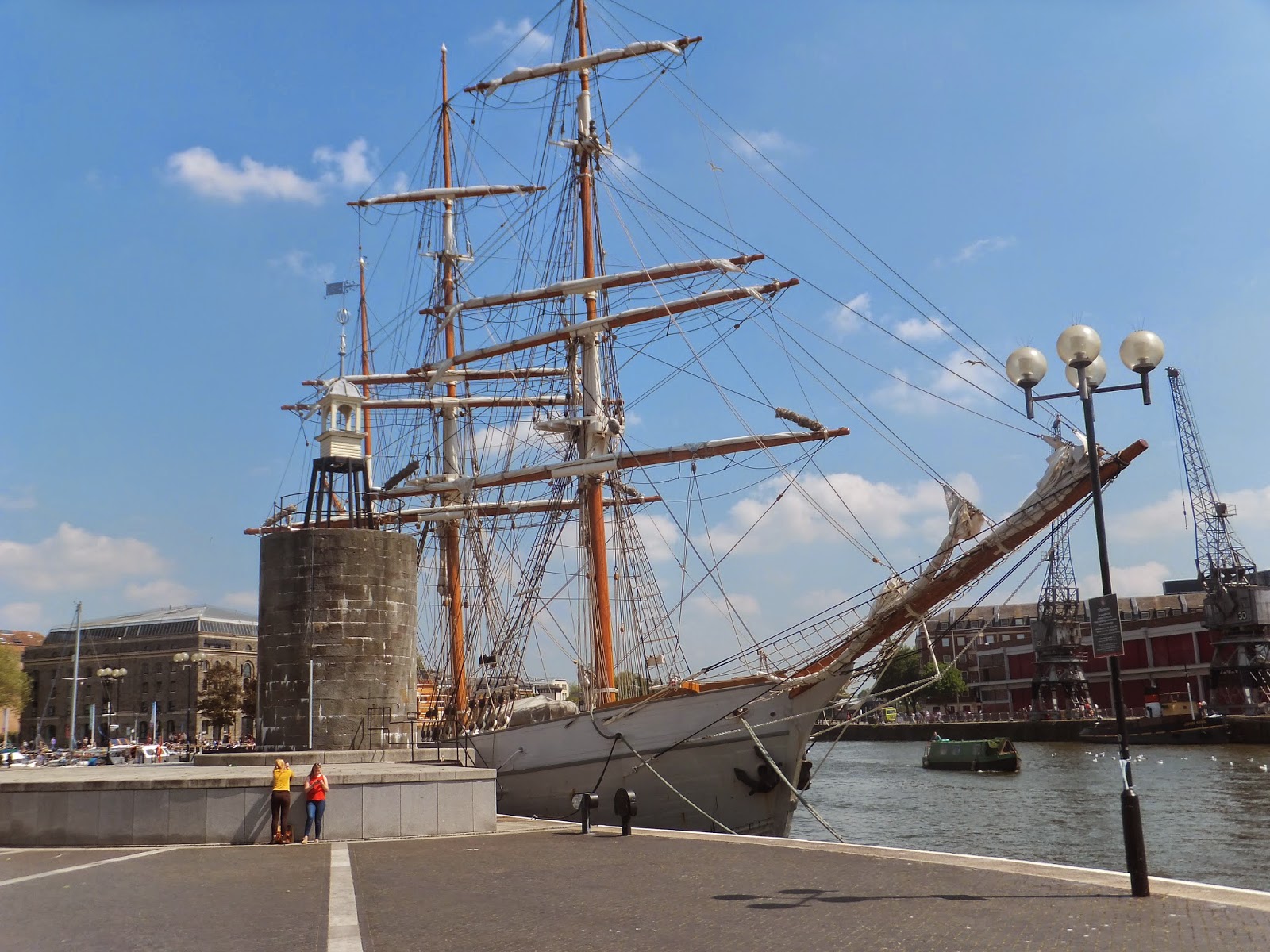 Back to Mary H for a rest then back to the Pitcher and Piano by Pero’s bridge where we met my Aunt and Uncle, Audrey and Walter, for a lovely evening and a good meal.

Monday – not such a bright morning but still lovely.  We have now spent almost 48 hours on solar power as Richard forgot to get an electric card when he paid our harbour dues but as I needed to get some washing done today he went and got a £1 one which will last us and if it doesn’t we can go back to solar!  We are both very pleased with our solar panels J  they are on tilt and turn brackets so there is a lot of turning to do in the morning and evening but during the day they are flat on the roof.

We had promised ourselves a trip on the open top bus and the closest stop was across the harbour at the SS Great Britain, so off we toddled.  We have used City Sightseeing buses all over Europe now but this is the first one where you actually have a tour guide.  We went of a total of three different buses and each person was very different but it was good as Iearnt different things from each person!  We came to Bristol in 2010 and have been a couple of times to see Richard’s niece but we had no idea that there was a huge common above Clifton.  It comprises Durdham and Clifton Downs and covers 441 acres.  Various commoners have the right to graze sheep there and in order to maintain this right, and to ensure that the Downs stay as common land, unavailable for development, sheep must be grazed there at least once every 10 years.  We did the tour round once then stopped for lunch and to decide where we would like to go back to.  (Our bus tickets lasted for 48 hours.)  Once up a time it would have been the cathedral or museum but now it was back to the common for Muffin to have a really good run!  The view of the Gorge was stunning from the top and very different from the view we had on Saturday.  Muffin had a good run and then we caught the next bus back into the city.  A couple of interesting things we learnt were that it costs £30,000 a year to send your child to Clifton College!!  All 799 of the Bristol taxis were painted blue in 2011.  Bristol has the second largest Primark.  Bristol has the fifth oldest Zoo in the world, and the oldest one that is not in a capital city.  The town of Brycgstow (Old English, "the place at the bridge") appears to have been founded in c.1000 and by c.1020 was an important enough trading centre to possess its own mint.  (More of Bistol’s history tomorrow)

We had a lovely impromptu evening with Dot and Gordon. It started with a glass of wine at 6pm and ended at 10pm having had Dot’s homemade bread, biscuits, cheese, crisps and pulled pork (which we were going to have for dinner).  Richard and I sat on the pontoon which shook horribly whenever a jogger went passed – and there were a lot of them and running till quite late while D & G sat on Ewn Ha Cul! Gordon even went to Tesco Express to buy more wine!  A great night :-)

Posted by Linda Gifford-Hull at 14:04