Richard was a happy bunny this morning as the solar panels had worked really well yesterday.  It was the first day ever that we hadn’t had to run the engine to charge the batteries.  Having said that it was a very sunny day!

Maggie and I made a quick dash into Stratford and then back to the boat where Richard had watered up and was ready to go. 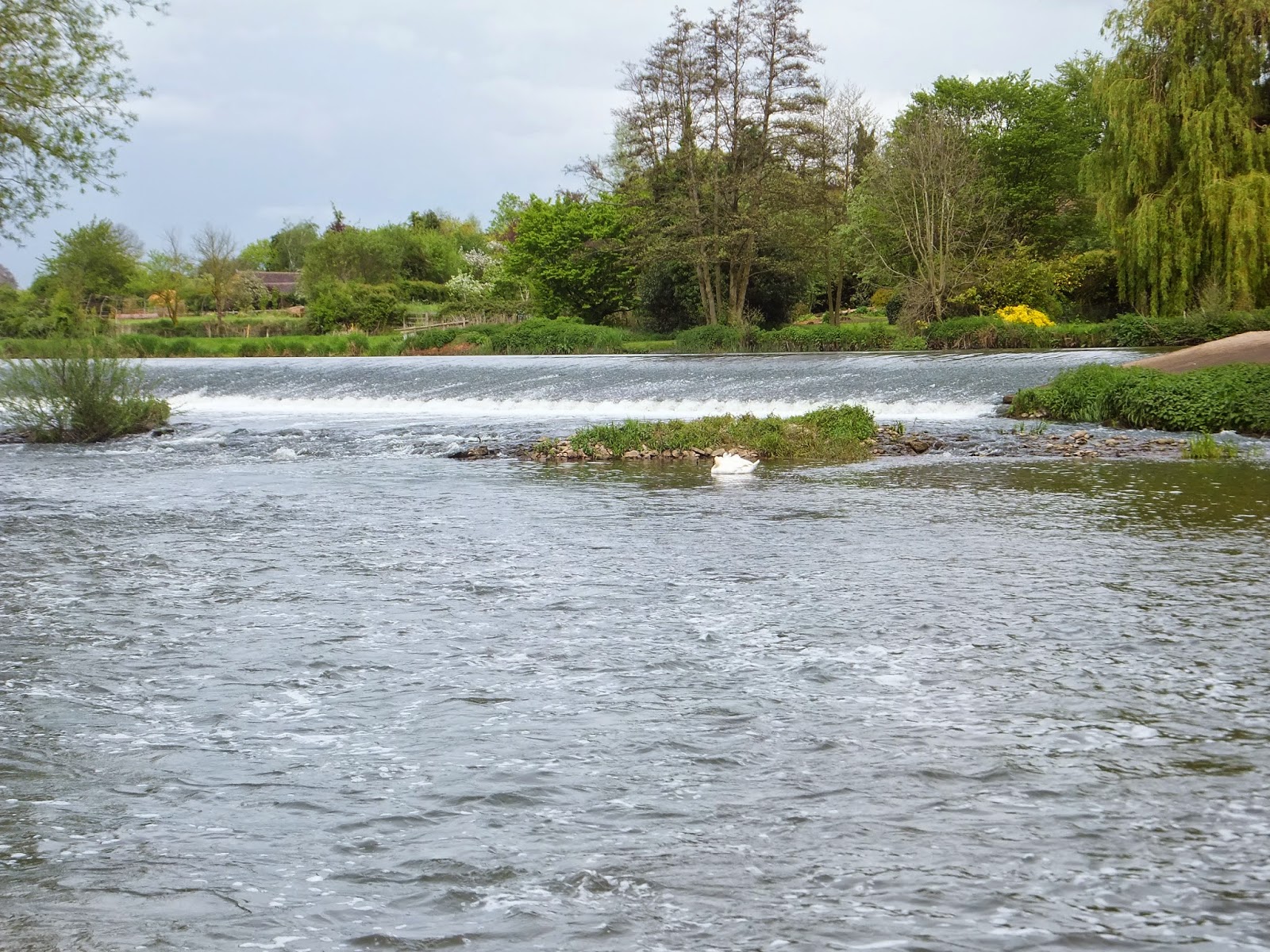 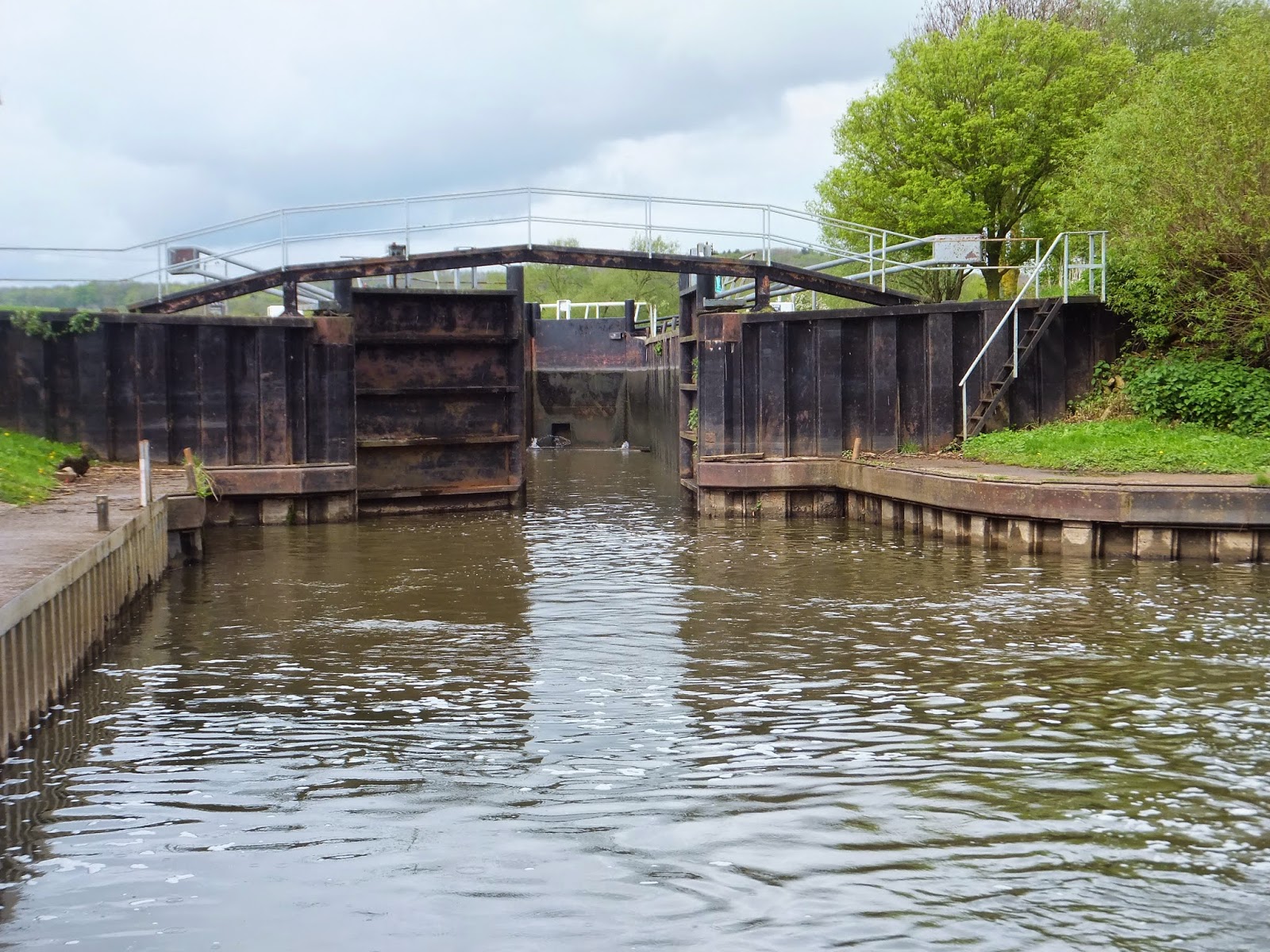 We moved down through two locks then it started to drizzle.  As we approached Stan Clover/Luddington Lock I noticed some moorings but we didn’t stop and in hindsight we should have done as it started to pour with rain – Maggie and I retired down below and left Richard I to steer :-(  I suggested that we moor at the Four Alls – a pub mentioned in Pearsons.  The guide says it had limited mooring – what an understatement, we managed to get about 40ft of Mary H alongside a concrete staging but that was enough to hold us in.  We walked up to the pub which is now a gastro pub and has only been opened as much for two weeks.  Muffin was turned away so Richard took him back to the boat.  We had a very nice lunch and I would certainly recommend it but only as a gastro pub though they do serve Doombar (both Richards’ favourite!)  Apparently they are intending on dredging and putting in a pontoon – it would be nice as moorings are a bit few and far between.  We were interested to know the meaning of Four Alls so looked it up on the internet.  Apparently In Medieval days, the world was divided into four parts called the Four Alls. These roles were said to be "chosen by God." They were: "the peasants who worked for all, priests who prayed for all, knights who fought for all, and kings who ruled all."

We continued after lunch and moored up at Bidford-on-Avon when the sun decided to come out.
This morning we woke up to a slightly higher world – the river had risen by about 6 inches.  There was talk about a lot of rain in Warwick yesterday which had caused the problem.  I rang ANT and said that we wanted to go down to Evesham and they suggested that we go as soon as we could before the water levels went up any more.  As we were more or less ready to go for a walk into Bidford we abandoned that idea and set off down river.  At the first and third locks the water level was just in the green but at the second it was in the amber and almost in the red.  Maggie and Richard did all three locks as they were their last which was rather sad. 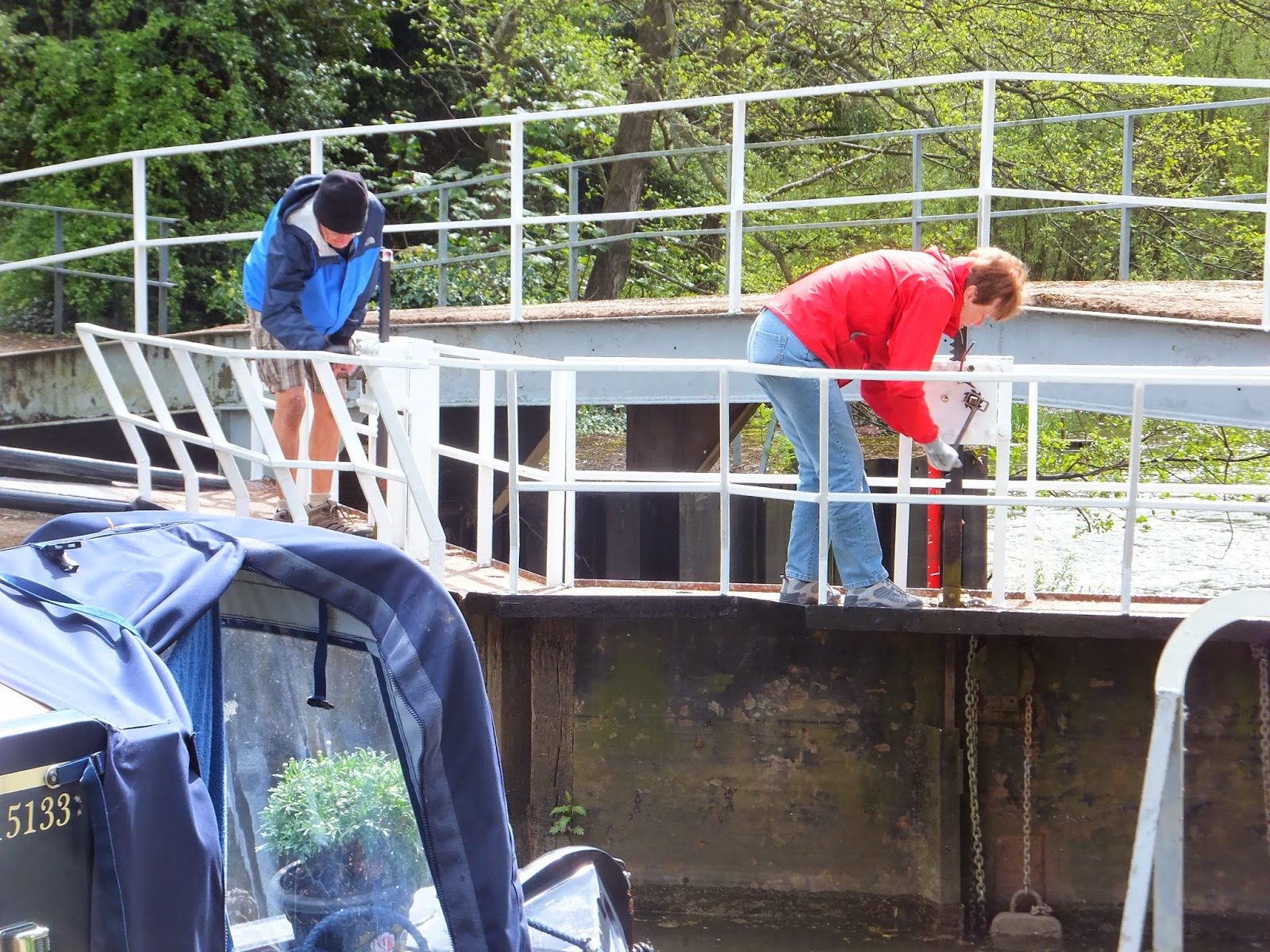 We turned into Evesham Marina and moored up and walked down to collect a hire car as we are off to Cornwall tomorrow for a couple of days.  Victoria will be boat and dog sitting while we are away.

Normal blog posts will continue on Tuesday though we will be staying in Evesham for a few more days – but more of that next week!!!  (I’ve got to keep my readers interested!)