I woke up not really knowing how my ankle would be.  It wasn’t too swollen and there was no bruising so I got gingerly out of bed and it didn’t seem so bad.  In fact it’s my heel that hurts most.  I broke my heel once falling off a chair I was standing on to change a light bulb – that really was painful so I don’t think anything is broken – it just HURTS :-(
We were going to go to the Maritime Museum but I didn’t think that my ankle was up to it as a trip to Sainsbury’s was needed and I wasn’t sure if I could do both.  We slipped our mooring and moved up to the services and then to Sainsburys.  Pushing the trolley round was quite a relief as I could take the weight off the foot!  I stocked up with quite a bit of vacuum packed food as we don’t know how long we will be up at Sharpness waiting to go down the Severn – we can now manage for five days – six at a push.  I also bought a DVD – 12 Years a Slave.  It was being advertised throughout the store and as both had wanted to see it I thought it was £9.99 well spent – and anyway Wednesday is a lousy night on TV!

We passed the Tall Ship Ruth as we left Gloucester.  On doing some research I found that Ruth was built in Sweden in 1914. Her main cargo at the time was ceramic pots and stoneware and is said to have travelled as far as France and Iceland in WWII.  She continued working until 1953 when she lay idle until 1964 until being rescued by the Bjork family and a restoration programme commenced.  She was re-registered as a private vessel and her new life as a sailing schooner began.  During a winter refit in 1984 the interior of Ruth was burnt when an oil stove caught the wooden life raft alight. Following the fire the Bjork family set out the cabins as they are today.  The last thing I can find about Ruth is that last year she was working out of Penzance, Cornwall, as a family-run charter business but their website has no sailing programme for her this year.

We moved further along the canal and pulled over for lunch. We sat out on deck in the sunshine and to be honest it was almost too hot!!!


We then moved on to Saul Junction where we moored just short of the swing bridge.  I sat out on the towpath with Muffin with my foot up while Richard fiddled about – well to be honest he was painting the engine bay hole!

We got the call from Gloucester Pilots to say that we are on the list for Friday – heck it’s getting real now!  I’ve been following the blog of Ewn Ha Cul who went down the Severn on Tuesday and it looks as if they had a great experience – let’s hope our trip is as good. 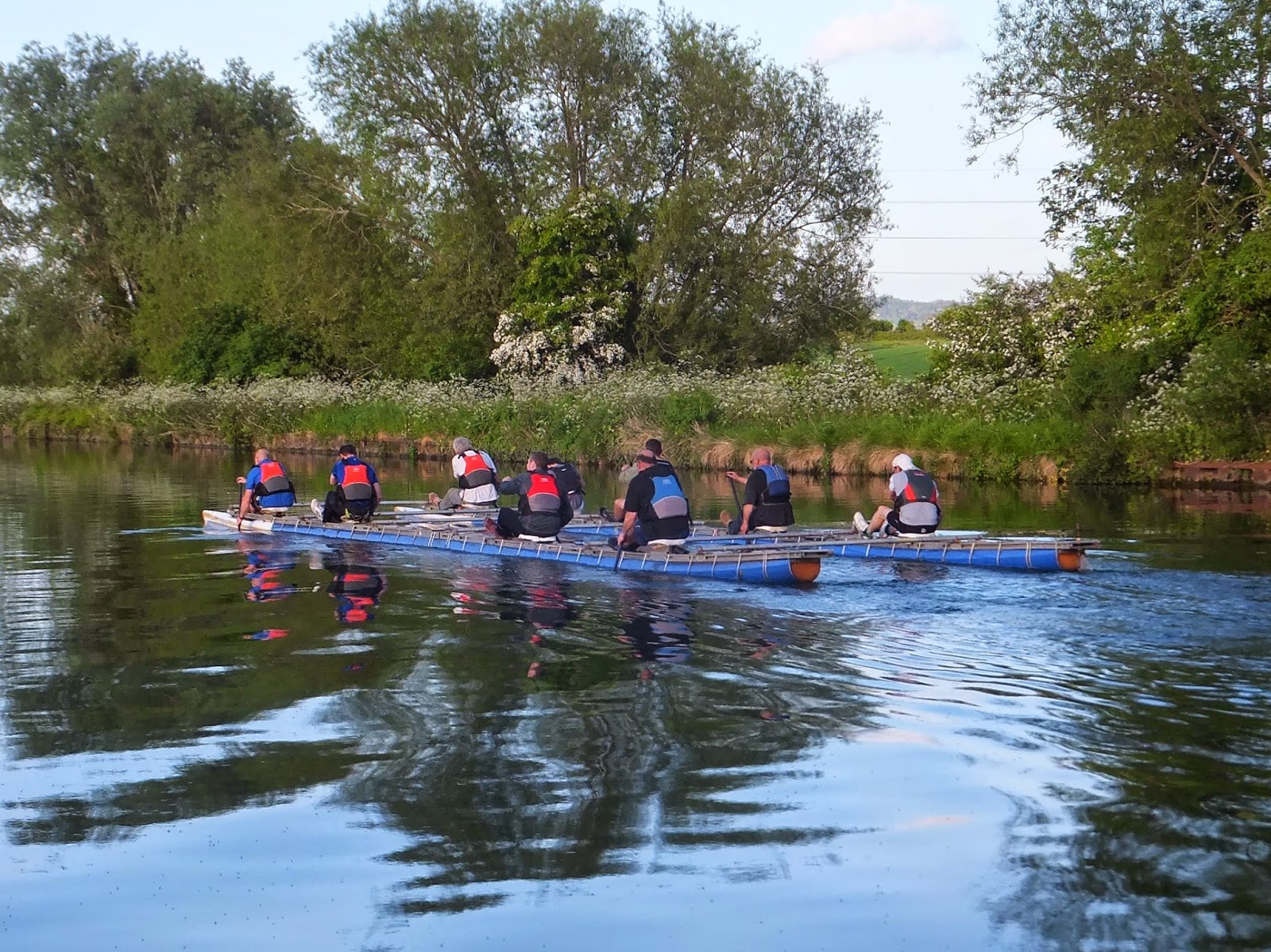 We didn’t get to watch 12 Years a Slave as it was Master Chef – there will be another time.