Oh boy did it rain through the night – we are rather glad we are off the river.  We set off and were soon at Dundas Aqueduct – it was Victoria’s first aqueduct and I thought we really out to break out the champers but we hadn’t got any!

We followed a boat across the aqueduct who struggled to get round the corner – no wind so goodness only knows what she was doing.  Oh dear she then proceeded to go at 1.5 mph (Navvygator told me this).  After about half an hour of having to put the boat into reverse to slow her down Richard hooted and shouted that he wanted to get past, she wasn’t having any of it but he went all the same and was called a f*****g idiot.  It is so difficult when someone wants to potter along so slowly and feel that everyone else should do the same.  We aren’t the type of people who speed by any means but we do like to keep the boat at least going forward all the time. 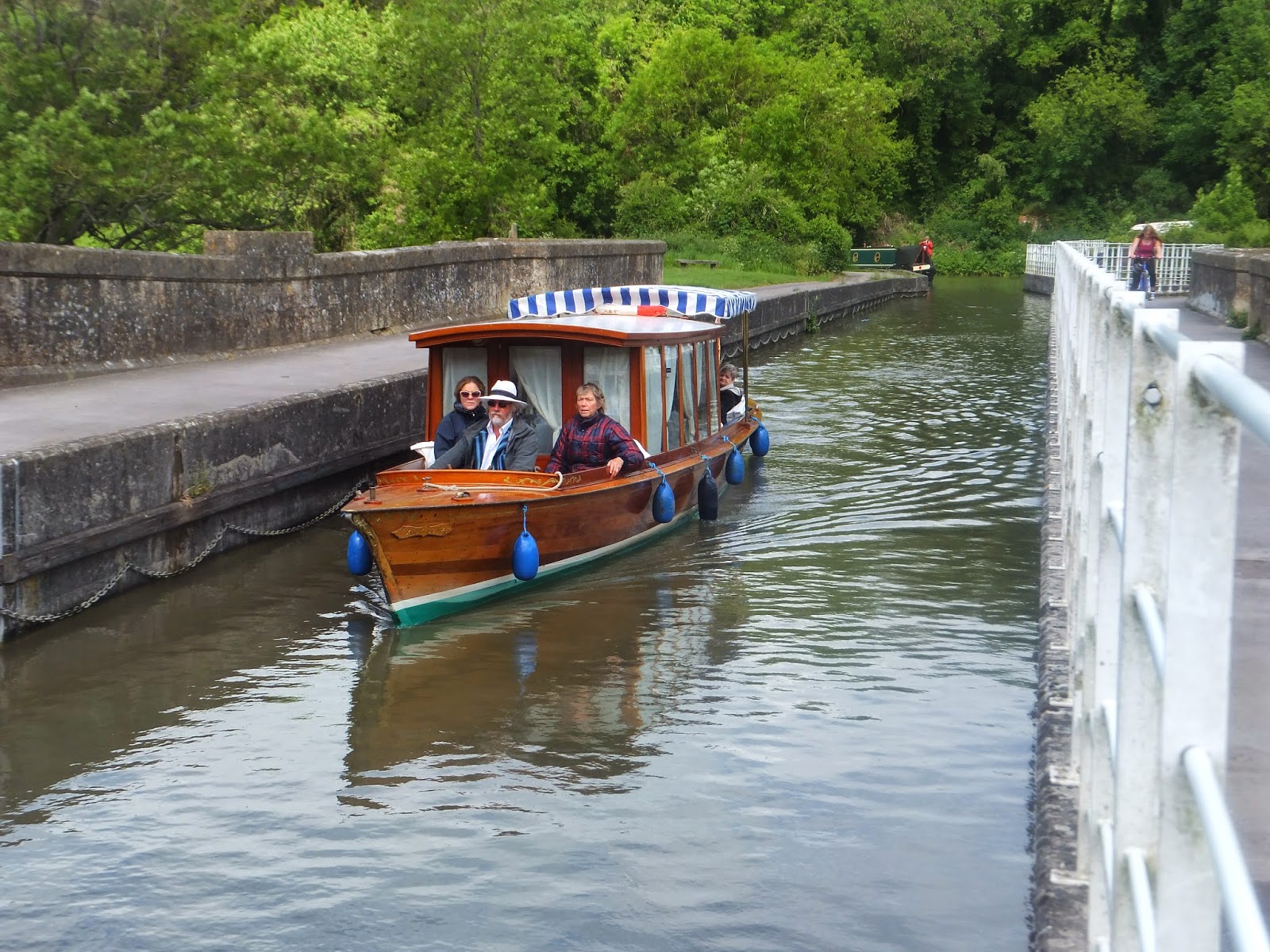 Avoncliff Aqueduct seems to be just as stunning as ever - there now appears to be a lovely tea shop there but on the wrong side for boats and as it was lunch time we were disappointed.  Bradford-on-Avon was next and the lock was a complete shambles as usual – in fact more so as it was Bank Holiday Sunday.  They really do need to make a bit more lock waiting on both sides of the lock.  The volockie said that there had been a much longer queue before we arrived.  Victoria and I seemed to do all the work for an upward and downward lock then again for us!  I had a royal blue polo shirt on – not sure if people thought I was a volunteer! 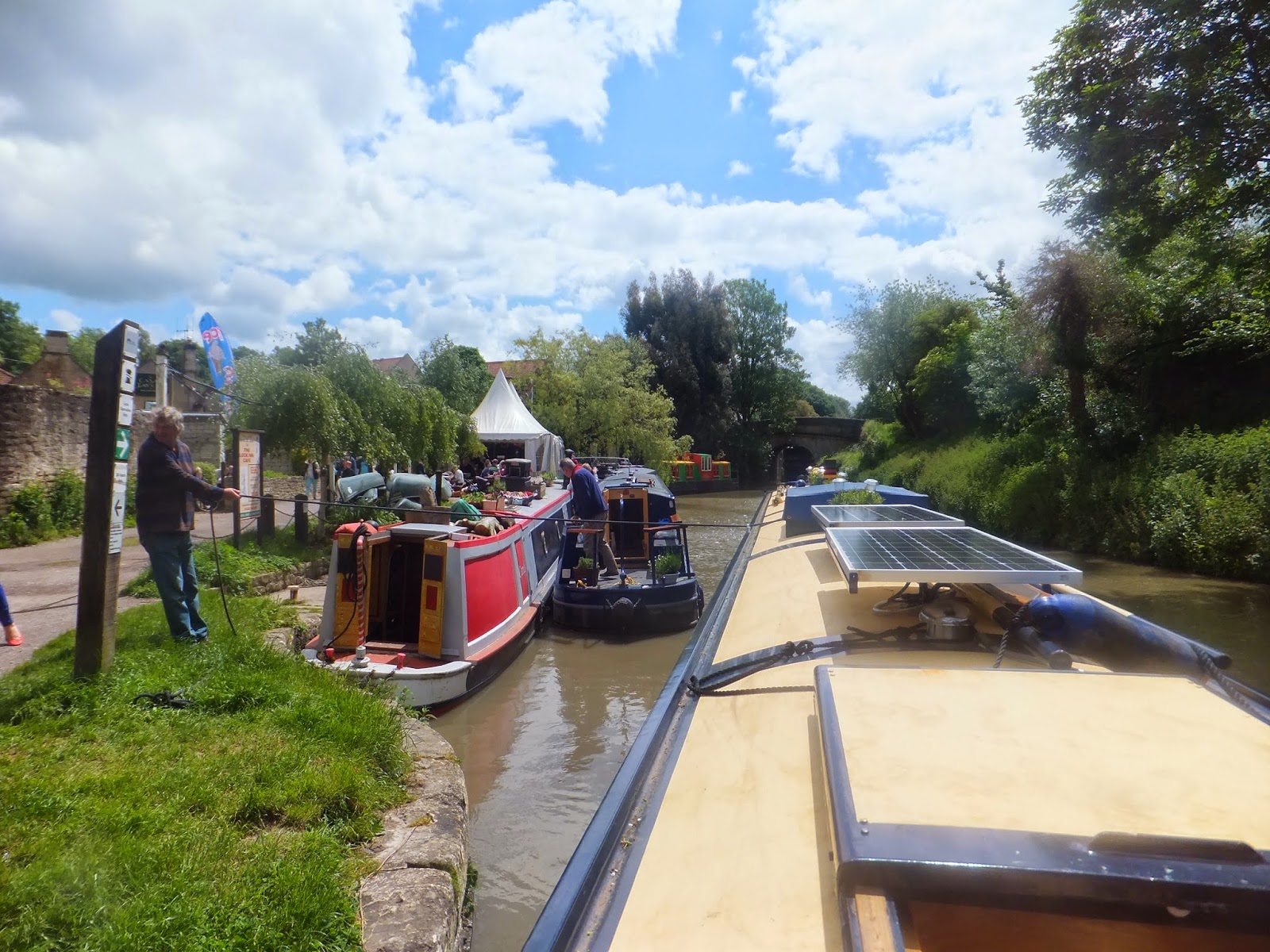 We moved on to Semington where we pulled over for the night.  Victoria and I had bought BBQ food when we were shopping in Bath so we decided it was the best night to cook it though it was too cold to sit outside.

After dinner we went to the Somerset Arms for a sundowner.  We sat in the garden and were approached by a young boy – about 6 I would say.  He asked if he could walk Muffin which we agreed to – just round the garden.  Then he went back inside the pub.  Next thing he came out and asked us how much we would sell Muffin for – we replied he is priceless to us.  He then said that he wanted to buy a couple of the chickens that were in a run in the garden as fighting chickens!  He went on to say that his cousin had fighting chickens and he wanted some of his own.  We had visions of this cousin being about 20 but he is 7!!  The mother then came out and we immediately thought “Big Fat Gypsy Wedding” – it said it all!