I got up to make the tea this morning – it doesn’t happen very often!!  I let Muffin out but he soon came hurtling back and ran to the bedroom crying to get up on the bed.  I lifted him up and he snuggled up with Richard – something had obviously spooked him!
Just as we were about to leave another boat came down so I asked if we could share the locks with them.  The other boat was Paradigm and I have seen it about as I remembered the name and had no idea what it meant.  The Oxford English dictionary defines it as a typical example or pattern of something; a pattern or model – I’m none the wiser!!  Apparently it was called that when the people bought it so they kept it – I guess it’s a talking point!

Between Nafford and Strensham locks is Eckington Bridge – a lovely medieval bridge which we could see this time as last time it was covered in scaffolding.
Paradigm turned off into Tewkesbury Marina while we continued down the river, under King John’s bridge and moored up at Avon Lock and took ourselves off into town for some lunch.

We walked up towards the Abbey and found The Bell, which is dog friendly, and shared a chicken platter – very nice it was too.  I then went and looked at the Abbey, this is where we come unstuck with Muffin – there are lots of places where he isn’t allowed in.  The Abbey is wonderful and was thought to be the site of the place where the hermit Theoc once lived.  The name Tewkesbury comes from Theoc, the name of a Saxon who founded a hermitage in the 7th century, and in the Old English tongue was called Theocsbury.  I wondered why it is an abbey and discovered that the monastery was founded by the Despensers as a family mausoleum.  The tower is believed to be the largest Norman tower still in existence. The tower once had a wooden spire which may have taken the total height of the building to as much as 260 feet but this was blown off in a heavy storm on Easter Monday 1559; the present pinnacles and battlements were added in 1600 to give the tower a more "finished" look. The height to the top of the pinnacles is 148 feet.  Building of the Abbey started in 1102 and it was consecrated in 1121.  It managed to survive the monastic dissolution in 1540 as the townspeople bought it from King Henry VIII for £453 (the cost of the lead and the bells).  The abbey is thought to be the third largest church in Britain that is not a cathedral (after Westminster Abbey and Beverley Minster).  One of the most interesting things about the Abbey for me was the statue of the Kneeling Knight, high up above a tomb.  It is of Edward, Baron le Despenser, and Lord of the Manor of Tewkesbury. He died in 1375, and was a Knight of the Garter. The attitude and position of the figure (kneeling and facing the High Altar) supposedly make it unique and it is said to be the finest monument of its type still in existence. 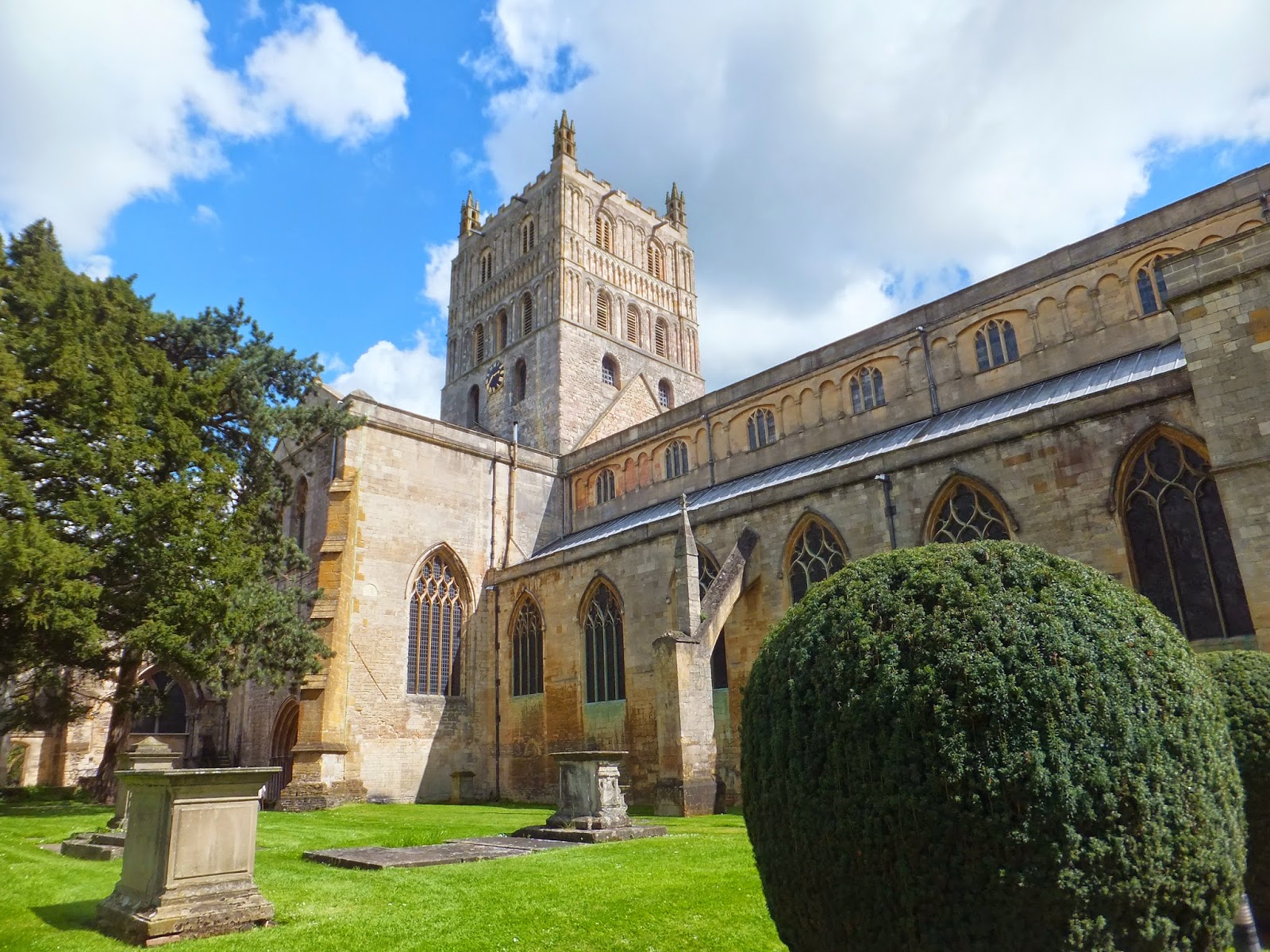 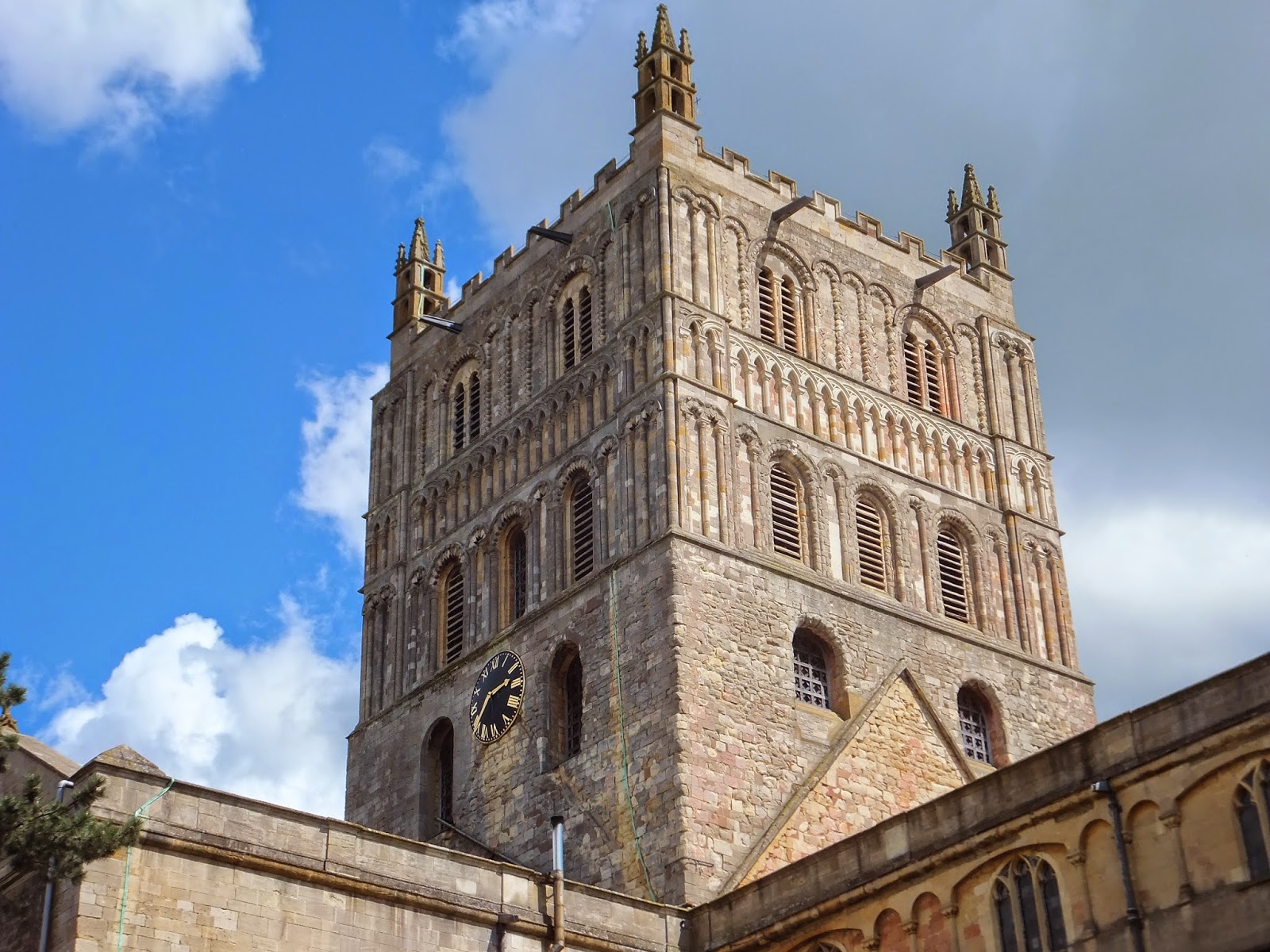 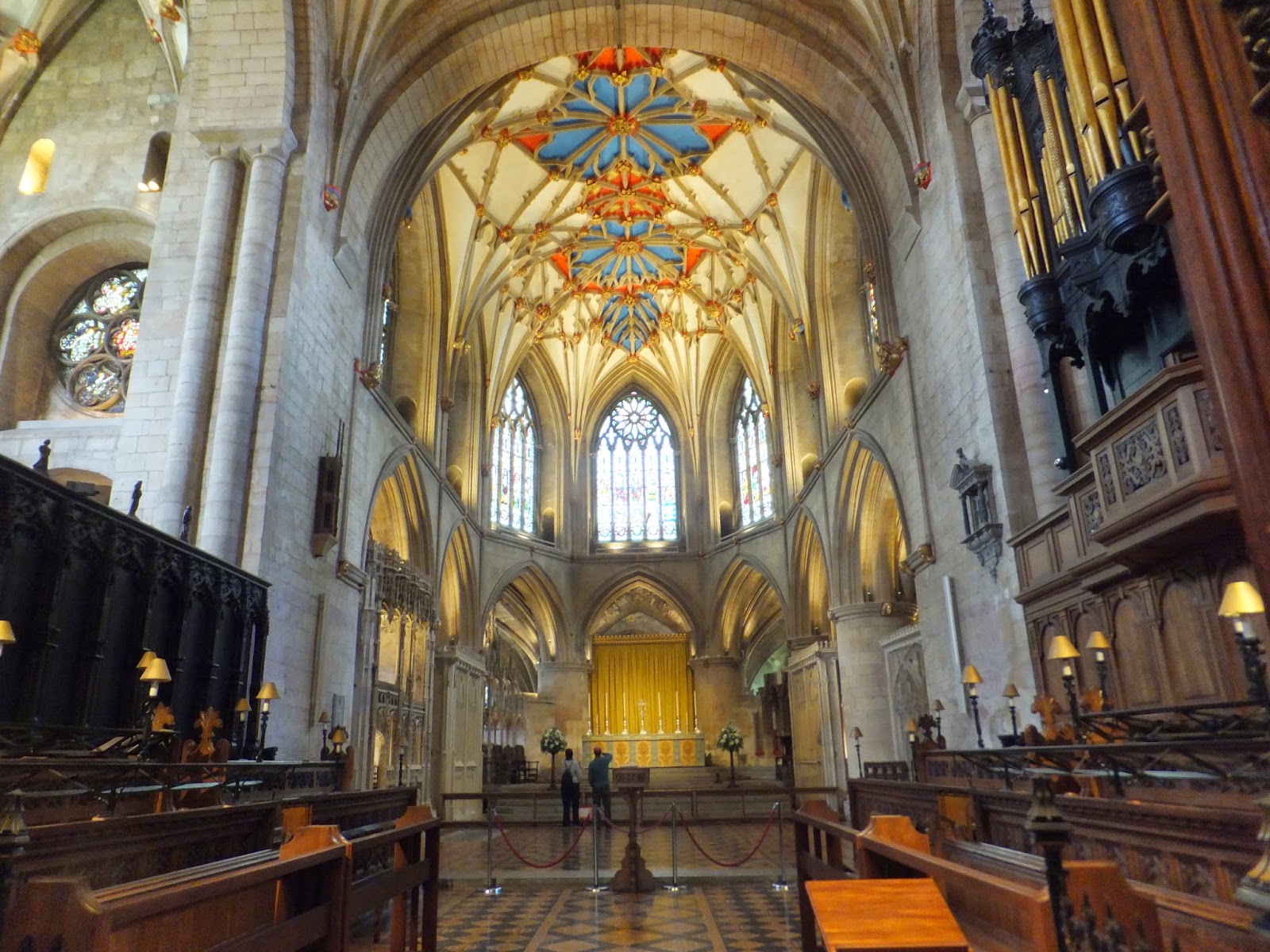 In the past, mustard making, brewing and malting, pin making and the framework knitting of stockings were major industries in Tewkesbury.  Goods were transported on the rivers and a thriving market brought business to the town.  Church Street is full of half-timbered houses which look as if they were crammed into any available space.  There are around 30 alleyways where the eaves of crooked timber buildings nearly touch.

I came up the Severn from Gloucester to Tewkesbury Marina with Penny and Jim in their narrowboat in September 2007, about 7 weeks after the floods.  The river was still high and parts of the town were still shut off as they were still flooded.  The surrounding rivers and flood plains have helped Tewkesbury's medieval townscape survive relatively untouched, providing a natural boundary that has prevented the town from expanding but the British weather defeated them.


We took the opportunity of being in a town to have a take-away and Dominos seemed the closest so they won our business!!