We put the “Do Not Disturb” sign on the door last night as I had visions of a nice lie in but no Richard was still up early! 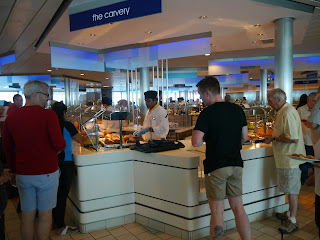 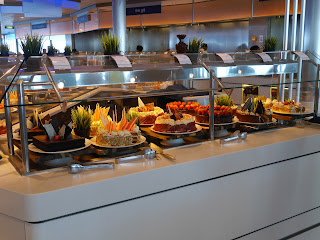 We had a lovely quiet day doing very little.  Richard and I spent quite a while trying to remember what we had been doing over the last few days so that I could make some notes. 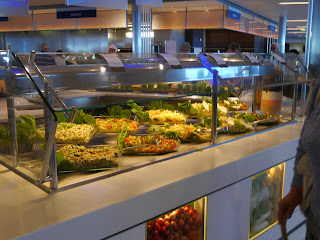 We arranged to meet Penny and Jim in Oceanview but, as usual, it was rammed.  Richard saw a table and ran for it but there was a woman with the same intention – ha it was Penny! 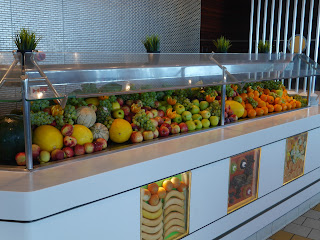 After lunch we went to the Future Cruise shop to discuss a Caribbean cruise however we ended up more or less settling on Canada and North America in September 2018. If we booked on board we got $250 onboard and one other perk – we chose the drinks package (what else!).  The offer finishes tomorrow so will need to make our minds up soon. 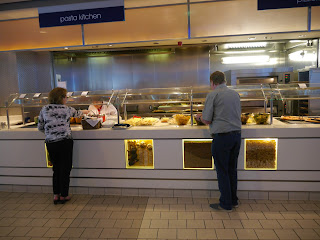 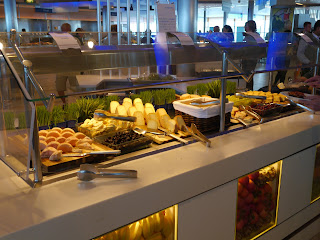 It was the second chic night but it hadn’t been advertised very well.  We dressed up but not everyone did. 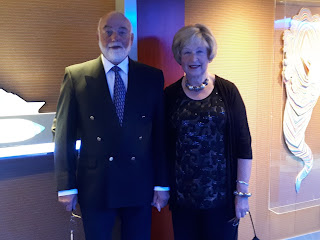 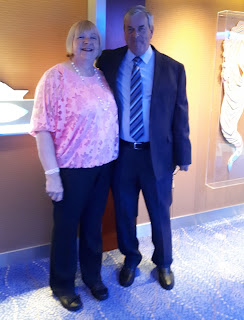 Dinner was a special one – Chateaubriand and a lovely pudding 😊 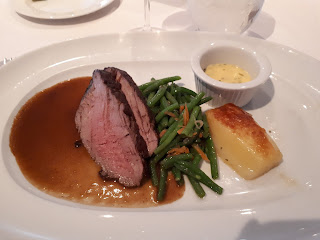 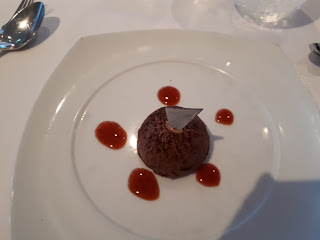 I took a few photos of Oceanview today – I hope you like them.

“If your ship does not come in, swim out and meet it.” Jonathan Winters
Posted by Linda Gifford-Hull at 09:53