We went through Hopwas again today and, once more, we didn’t have time to stop.  Next time a stop here will definitely be built into the itinerary!  Mind you it will have to be two days to try out both the Tame Otter and the Red Lion 😊

As we left Hopwas it is quite dark and tree lined.  On the left is a wood which has notices saying Danger – Live Firing – Keep Out but this is also the start of a hill known as The Devil’s Dressing Room as the stone that was quarried here was used for gargoyles and the devil-like faces were “dressed” on site. 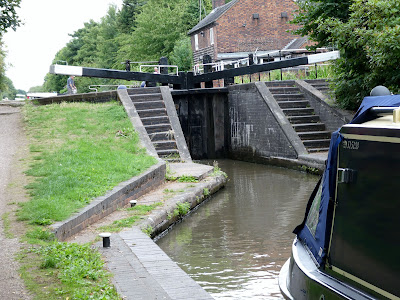 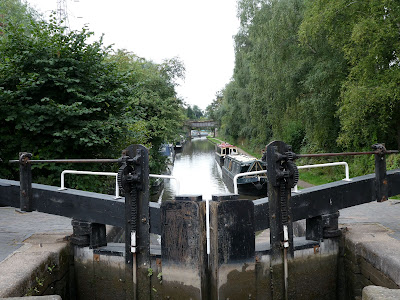 Passed Fazeley Junction for the third and last time this year and up to Glascote Locks where we were third in the queue but there were people everywhere helping as we were soon up.  I took these photos of Scimitar Park – most houses had a good display of flowers. 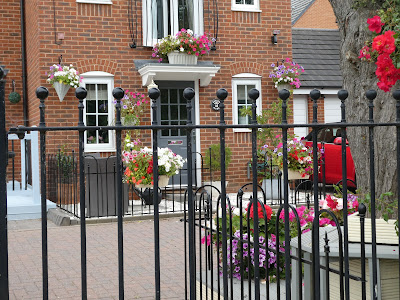 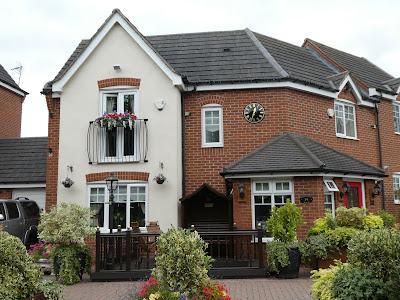 We moored above the locks and I went to get milk and post a letter.  I had used one of the “find a letterbox” sites and it showed me where the nearest one was.  Well I searched and couldn’t find it so gave up but, on my way back, I happened to look to my right and caught a glimpse of the red letter box.  What a strange place to put one! 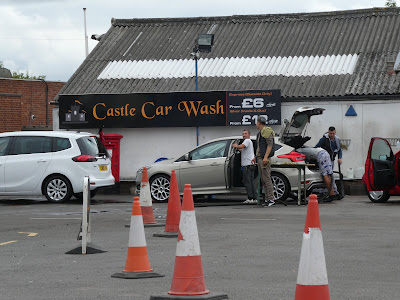 We had moored behind NB Areandare – the Home Brew Boat.  I follow Sandra’s blog and have done for years.  I thought I would do the shopping, have lunch and then go and see her but of course by the time I got there she had gone out with her Grandson, but Barry and I had a long chat and it was really nice to meet him but a shame that I missed Sandra. 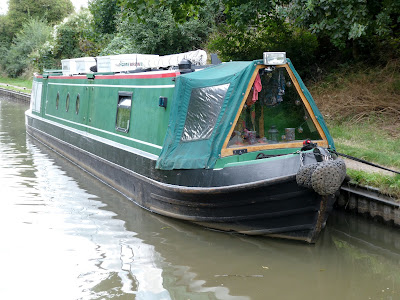 We passed the Samuel Barlow pub.  I had heard of it and imagined it to be a quaint old place not a modern square, rather uninteresting building.  The Samuel Barlow (born 1847) started it all. He was the son of a boatman; he married in 1867 aged 20, and started his own business carrying coal from the local mines. After only three years, in 1870, he took the opportunity to move to larger premises at Glascote, situated in the centre of a rapidly developing coalfield. Several members of his family started to work for him carrying coal long distance from the Tamworth area on a fleet of ten boats. The Glascote premises were enhanced in 1890 by the addition of a new house with offices and stabling adjoining. Samuel Barlow died suddenly in 1894 at the age of 47, leaving a wife and two sons to carry on the business, nevertheless the company continued to flourish and in 1919 the company moved their head office to the centre of Birmingham and in 1931 the name was changed to Samuel Barlow Coal Carrying Company Ltd.  However, railway competition began to take its toll on many of Barlows competitors and they started to fall by the wayside. The policy of buying second hand boats continued, along with the further purchase of new boats, many of them built by Nursers of Braunston, a yard that Barlows eventually acquired for themselves in 1941.  By 1962, the business was in decline due to increased reliance on road transport until finally, in 1970, business ceased altogether.  Alvecote Marina is now the home of the Narrowboat Heritage Foundation and there are some lovely old boats in there. 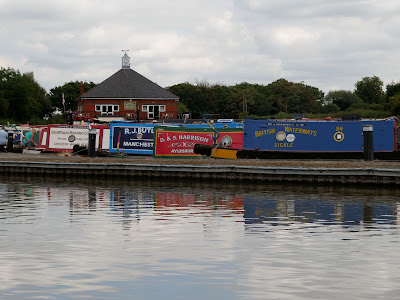 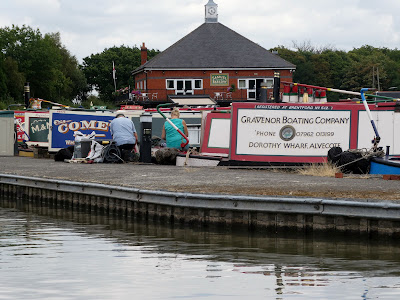 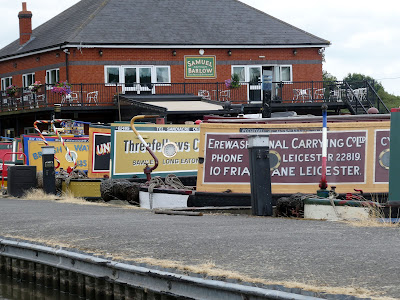 Posted by Linda Gifford-Hull at 09:57