Knowing how busy Thrupp can be, we left at 8am. Of course, I had only just dragged myself out of bed but by the time we got to Pigeon’s Lock I was showered, hair washed and dressed (me not my hair!) – even the bed was made!

As we approached Pigeon’s Lock there was a boat just about to leave and going our way but we got there first. Richard did offer for the chap to go before us but he said it was fine for us to go first 😊 They were heading to Thrupp for a lunch date.

We passed Jane’s Tea Rooms at Kirtlington and it looked very sad and deserted, I guess they are still closed after Covid.

The Rock of Gibraltar pub at Enslow is also closed but I believe that is a permanent thing. The garden was very overgrown and there was boarding up.

Baker’s Lock took us down onto the River Cherwell. I love steering down that section of the waterway. As a Police trained car driver (yes, I was in the Police Force in the mid 70s!) I do cut corners when I can see there is nothing coming but I broke a rule this morning and didn’t slow down at a blind corner and nearly, but didn’t, collide with a boat coming the other way ☹ That will teach me!

The new notice boards at both Baker’s and Shipton Weir Locks are now working and showing green though it was quite difficult to photograph the flashing green! 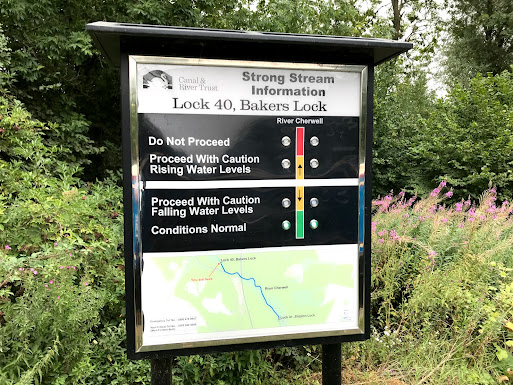 I love the cross-over bridge at Shipton Weir Lock. It is very pretty. 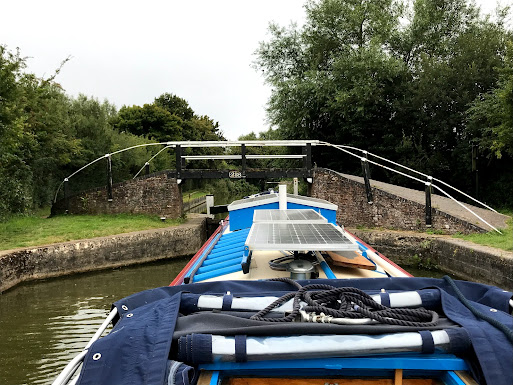 The Thrupp service wharf was empty so we tied up and emptied what needed emptying and filled with water but not full as I had spied space on the visitor’s moorings. While we were waiting there was a terrific splash and a lady had fallen into the basin! There is a canoe hire place at Thrupp and there were lots of people waiting to collect their craft. I don’t know if she just fell in or missed the kayak as she was getting in. She said she couldn’t feel the bottom so it must have been awful for her. She was held up by two men while someone went and got a ladder and she was able to climb out. She hadn’t got any dry clothes, but someone lent her a tracksuit top which must have helped a bit. We now carry a short ladder for that very reason! 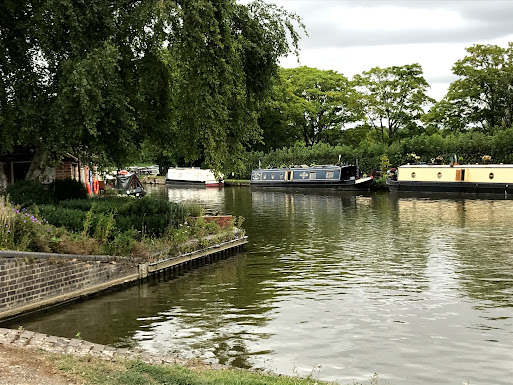 Through Aubrey’s lift bridge and we could see lots of space on the 48 hour moorings but as we passed the 7 day moorings someone was leaving so we popped into his space as it is further away from the houses.

We went to Annie’s Tea Room for lunch. They seem to have the Covid thing sussed and it worked well. My bacon, brie and cranberry sandwich was really nice. 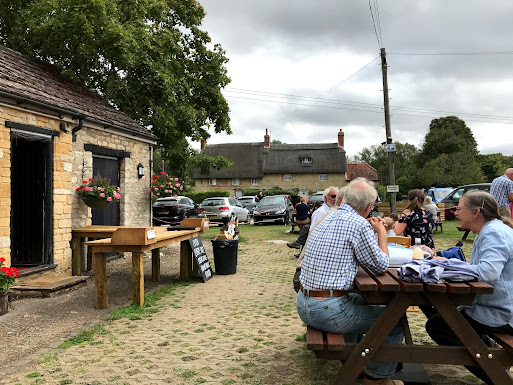 Another afternoon sat out outside reading! 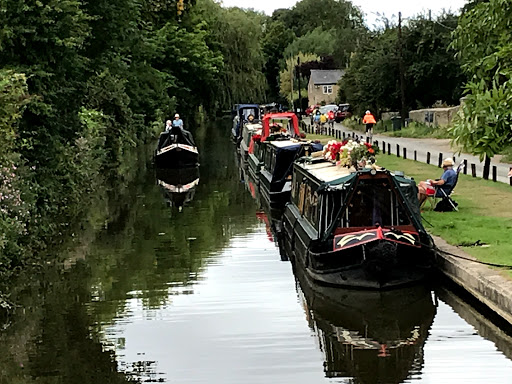 Posted by Linda Gifford-Hull at 19:57