I had a bad night – too much pizza, I guess!

We were in no hurry to leave this morning, so it was about 10am when we got under way.  beneath Osney Bridge and out into a world without large motor cruisers.

Godstow Lock was manned with the same “floating” Lock Keeper who had been at Abingdon on Sunday – I recognised his dog! 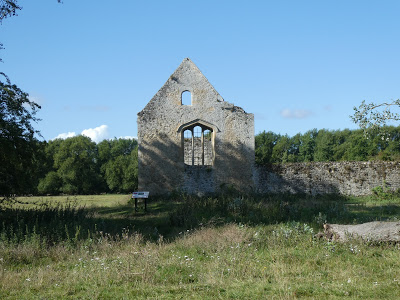 I love the abbey ruins just upstream of Godstow Lock.  We used to moor there quite a bit, but it’s become one of the “pay on the phone” spots. I was just looking at the history of the abbey, and discovered that it, in fact, was a nunnery.  Built in 1133 it housed an order of Benedictine nuns but was suppressed in 1539 under the Second Act of Dissolution.  The abbey was then converted into Godstow House by George Owen. It was occupied by his family until 1645, when the building was badly damaged in the English Civil War. After this damage, the building fell into disrepair and was used by the locals as a source of stone for their buildings.  Henry II took a mistress, Rosamund Clifford, often called "The Fair Rosamund" or the "Rose of the World" in 1166.  Rosamund ended their relationship in 1175 and withdrew to Godstow Abbey. It seems likely that she was already ill when she entered the priory and she died in 1176.  Unfortunately, however, Rosamund was not allowed to rest in peace. In 1190 Bishop Hugh of Lincoln visited Godstow and was horrified that Rosamund’s tomb had a place of honour within the church and ordered her remains to be removed. The tomb was resited in the nun’s chapter house

When we got to King’s Lock it was on self-service and the last person had left the gates open and the paddles up.  Fortunately, it was in our favour but if we had been going the other way, I would have been cross.  Just as I was about to open the gates the Lock Keeper appeared and helped.

Eynsham Lock was manned, but we dumped the dumpables before going through and then topped up with water on the other side.

This was our mooring at Swinford Manor Farm when we were here three weeks ago with Penny and Jim. 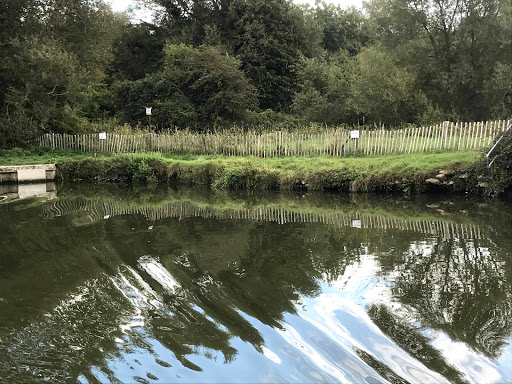 We only went as far as Swinford Meadow as we are just mooching this week and using up the last few days of our Thames licence.

There was a lovely sunset tonight to the west and the colour reflected onto the hill to the east. 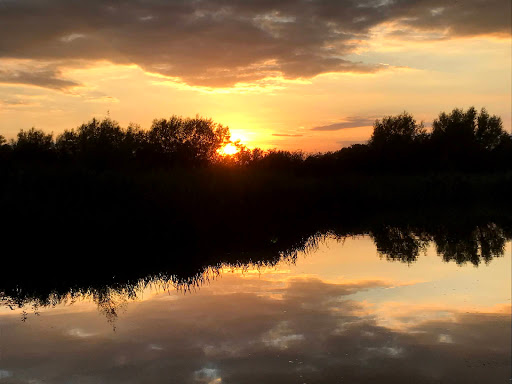 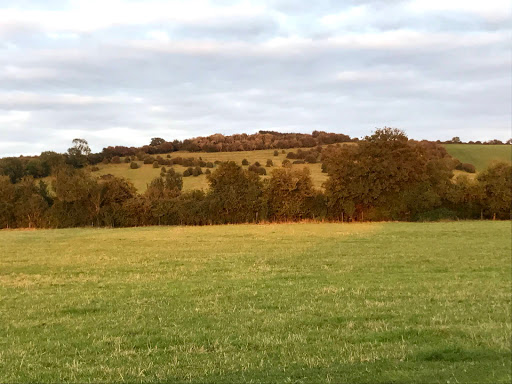