Time to leave Stratford and begin our journey back to the marina. 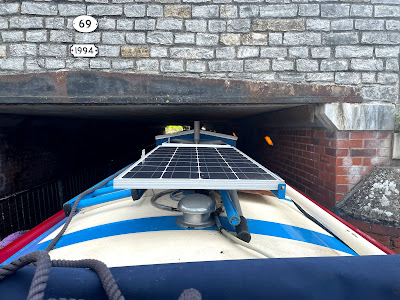 Under the low bridge which goes under the roundabout.  I found this on the internet which I thought was quite amusing.  Two hire boats travelling together, one a narrow beam Dutch barge style, arrived off the river, with a crew of about 20 German students between them, and the roofs of both boats carrying several canoes. Despite carrying the canoes across the road, they were still several inches short of getting the Dutch barge wheelhouse under the bridge, so they pressed into service quite a large number of tourists and passers-by to stand on the stern - there must have been about 30 people crammed into the wheelhouse before they could get through! I heard a similar story about a boat on the Basingstoke canal that couldn’t get under a low bridge, the skipper managed to persuade a troop of soldiers walking over the bridge to all come on the boat and, lo and behold, they got underneath – I’m not sure how they got back though!

The first lock was not in our favour, in fact, we could see a boat in front of us, hey ho.  The first four locks out of Stratford aren’t the easiest with low bridges, stiff paddles, heavy gates and hardly anywhere to wait while the locks empties.

I love these two dogs.  They never move and never make a sound! 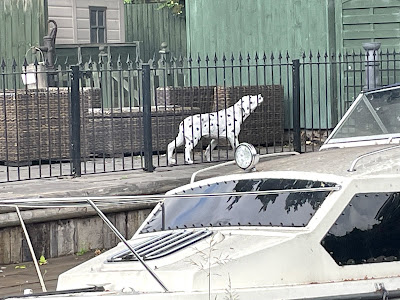 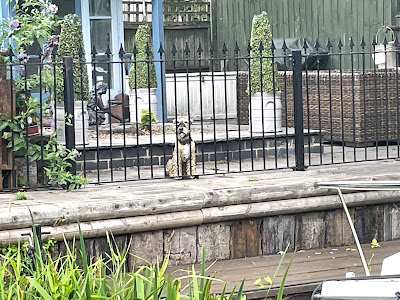 I had company in the fourth lock.  A swan family of Mum, Dad and four babies decided that they wanted to go up to the next pound.  We guess that they have done this before, but I was terrified that I would squash them!  We even used the centre rope so I could make sure I kept back. 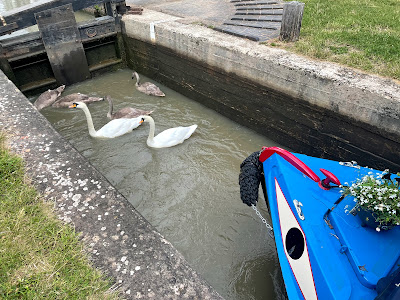 We stopped at Valley Cruisers, which aren’t there anymore but the elsan tip out is.  The swan family came to say thank you!!! 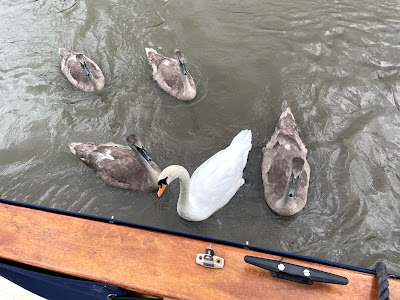 By this stage we had a boat behind us as well so that once we got to the Wilmcote Flight we couldn’t afford to hang around!  We stayed in our group of three to the top of the flight.  Until we got almost to the top, we had only passed one boat going down, then we met three coming down.  We had three lovely volockies who were working really hard and helped use through four locks which was much appreciated.

The Wilmcote flight of locks are spread over just under a mile and the 11 locks raise the canal up about 77 feet.

We planned to go as far as bridge 52 which was where we moored on our way down.  It was very tempting to stop earlier but we soldiered on.

I always like coming passed this house, I would love to see inside it. 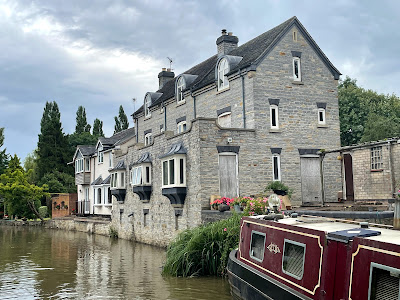 I shared Bearley Lock with a lone duck.  Sharing locks with wildlife doesn’t seem to happen very often, so twice in one day is very unusual! 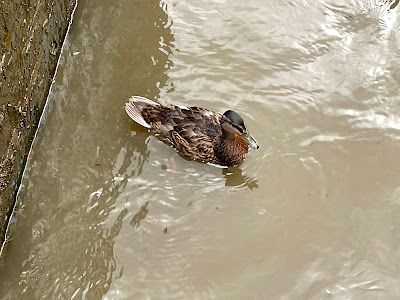 We passed Hill Farm Marina - a 50 boat marina which opened in October 2017.  We came passed it in 2018 but I didn’t notice it from either direction.  I quite like the idea of it but there are so many locks either side of it so perhaps not the best place for a weekend away. 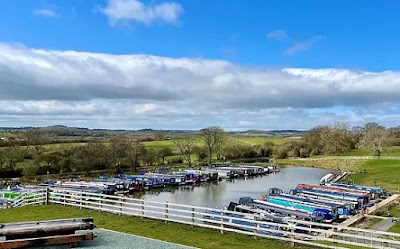 As we got to the Bridge 52 moorings we could see one left, but it was too small, however as we passed the last moored boat there was just room on the end for us.

Posted by Linda Gifford-Hull at 12:23