We had a late start this morning as we couldn’t decide whether to stay put or move on.  The weather forecast wasn’t good but we want to get to Abingdon tomorrow which is a long day in one go.  We “umed” and “ahed” and eventually decided to go up to Shillingford.  Of course as soon as we were through Cleeve Lock the rain started.  Muffin and I were nice and dry down below but poor Richard was getting wet.  I had my turn though at Benson Lock getting nicely drowned while holding the bow line – it just poured down.

Even though we planned to get to Shillingford we hoped we might find a mooring in Wallingford as Richard was so wet but every square inch was taken.

We moored up outside the Shillingford Bridge Hotel on very nice mooring posts – we’ve never moored to anything like it before.  According to the chap on the boat in front the moorings belong to the hotel and they charge £10 a night but if you eat in the hotel they don’t charge.  Apparently it’s fish and chips tonight so we might just give them a try and save £10 – not good for my WW regime though!
The afternoon turned out into a lovely one – a little cloudy but the sun shone most of the time and it was nice and warm.

At various times the river crossing at Shillingford has been a ford, a ferry or a bridge. The present bridge was built in 1827, replacing a previous one built in 1767.  The bridge is the halfway point between Oxford and Reading.  I have searched the internet for something interesting on Shillingford but other than the bridge there is very little to write about! 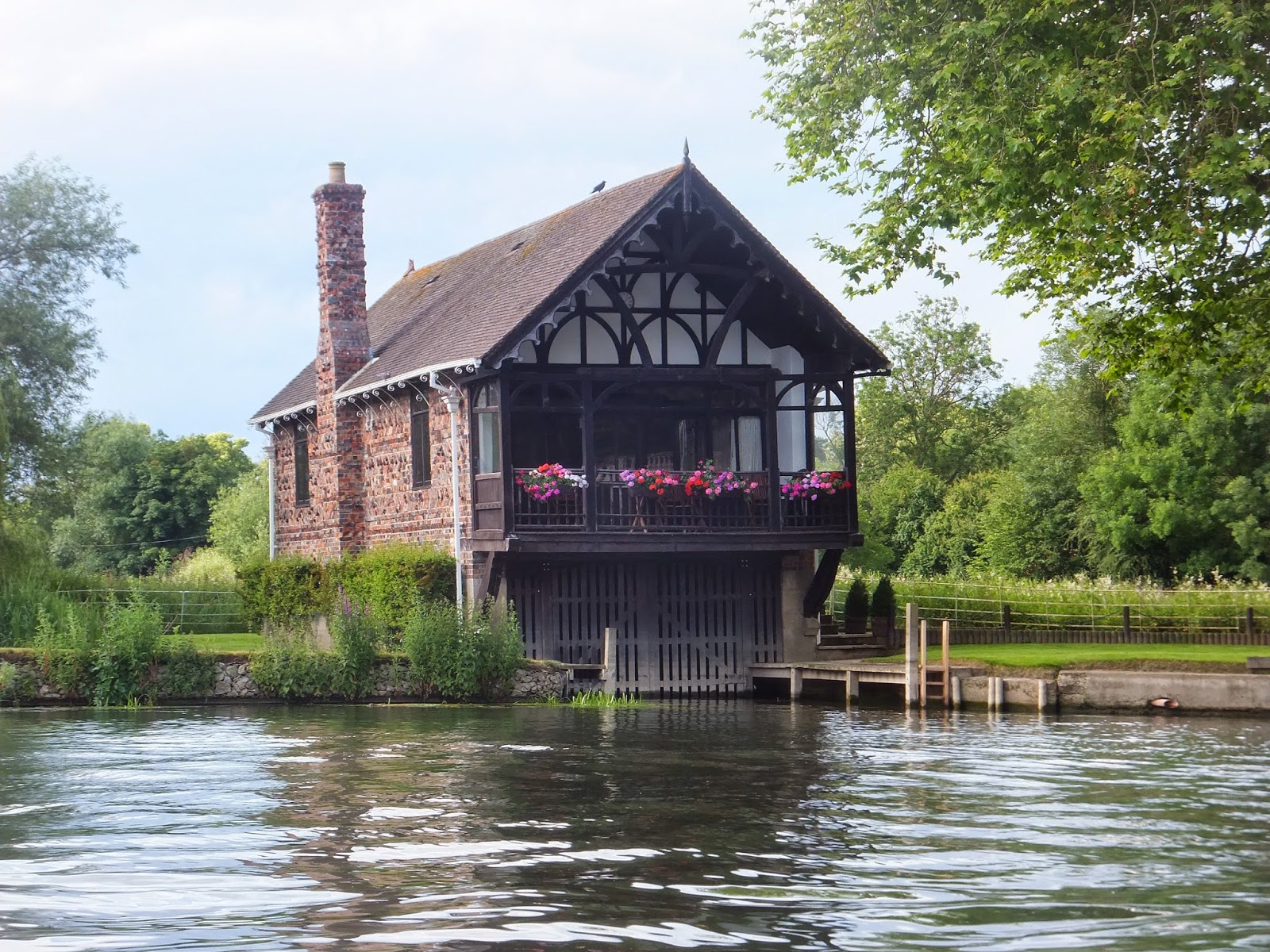 We went up to the hotel for dinner – the good news was that it is dog friendly so Muffin was able to join us.  The food was OK but the presentation left a lot to be desired – very strange!  I should have taken a photo of my starter of avocado, prawn and crab cocktail – it was served in a soup dish!  Richard’s starter of garlic mushrooms came with a mass of lettuce just thrown on the plate.

When we got back to Mary H two hire boats had squeezed in behind the motor cruiser behind us.  It appeared that there were about 12 young people on board and I guess they were celebrating a 30th birthday.  They seemed very nice but they sat on the bank till midnight having a great time – thank goodness they were sensible and went to bed then otherwise I would have been very grumpy!