I just couldn’t wake up this morning.  I’d had three bad sessions of cramp during the night - right up the front of my left foot and up my leg.  After breakfast in bed (thank you Richard xx) I managed to rouse myself and get up!

Richard took Muffin for a walk and brought him back covered in something unmentionable so he (Muffin) had to have a shower before we could set off.

We left at the same time as Midnight and went up through Whitchurch Lock.  At Pangbourne there are seven distinctive Edwardian-style houses overlooking the river. These were built by D. H. Evans, the shop owner, and were nicknamed the "Seven Deadly Sins" as it was alleged that he kept a mistress in each of them! 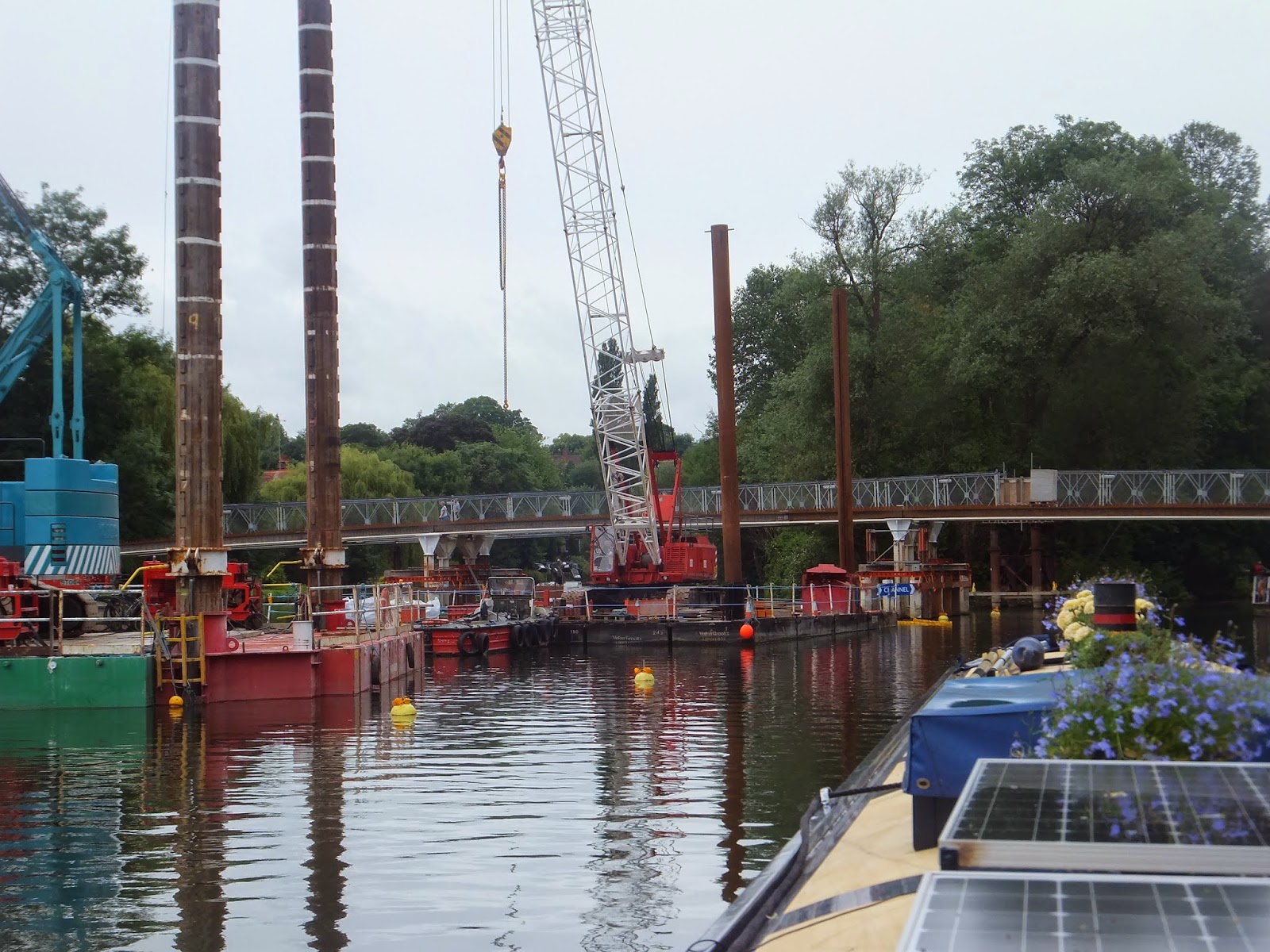 After a life of 111 years, the Whitchurch Bridge crossing the River Thames is currently being completely rebuilt. The new design will be closely similar in appearance to the old.
The old bridge closed to traffic on October 3rd 2013 was originally scheduled to re-open in April 2014.  However delays, including those due to river floods, have caused the re-opening date to be revised initially to July 2014 and then revised again to September 2014.

At Goring Lock we said goodbye to Dave and Caz on Midnight as they were going on up to Benson and we planned to stop just below Cleeve Lock.  The weather forecast wasn’t good for the day and we didn’t want to get wet again.  As it turned out it hardly rained!

The pound between Goring and Cleeve locks is the shortest on the River so it wasn’t long before we arrived at one of my favourite places.  There was no-one else there so we had our pick!  It’s a great Muffin place – not only can he play noseball and chase the tennis ball but he can have his fill of goose poo too!!!! 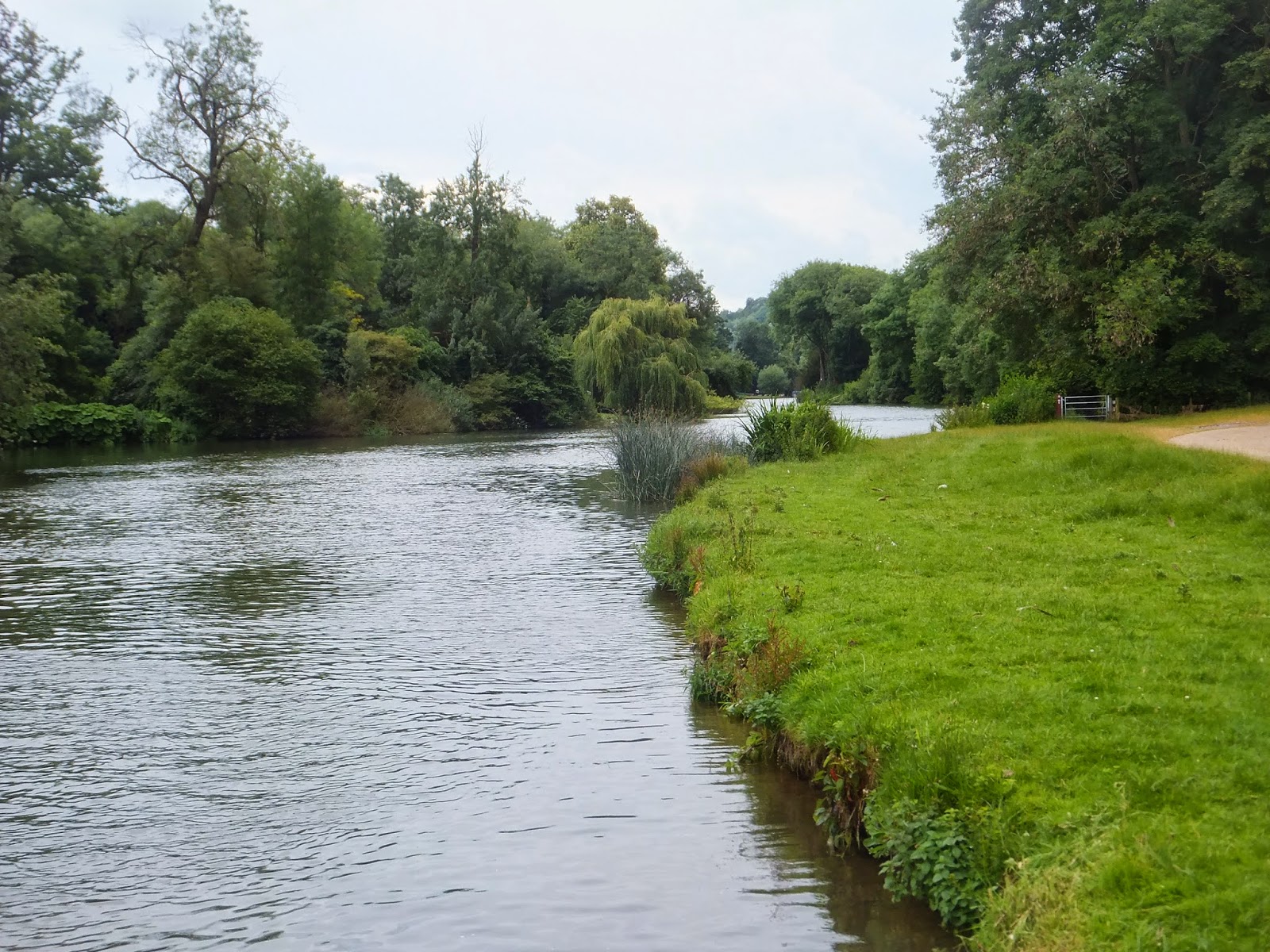 I was playing with Muffin when I saw Swamp Frogs go by.  I yelled out that I read their blog but I don’t think they could hear me – shame.

Richard got on with some painting and a few other jobs inside while I pampered my plants which had been rather neglected at Newbury though they had been watered by a watering fairy!  I also spent time doing some passage planning – we now know what we are doing until we leave the Thames on July 26th when our licence expires.
I write my blog on Word before transferring it to Blogger that way we have a log which I print out each Autumn.  While we were at home I got a new laptop with Office 2013 on it and I’ve been struggling with Word today – I just couldn’t get the photos to show up.  After a couple of hours of research and swearing I shut the document down and guess what – it was fine when I opened it up again!  However there are things I don’t like about it which seem to make the whole process of writing a document longer!