Panic stations today – my internet allowance had run out.  Last year I put a cap on of the 15gb that I pay for monthly.  But the allowance had all gone in 24 days – goodness knows where to.  I rang 3 and they have put another cap of £10 on – I don’t know how long that will last.  I feel as if my right arm has been cut off!

We passed through Shifford Lock about 9.30am.  The sun was shining, there were a few puffy clouds in the sky, the birds were singing and it was so peaceful and lovely. 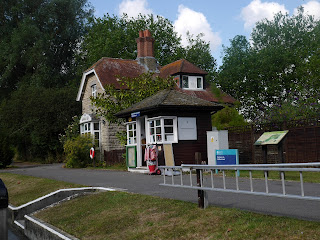 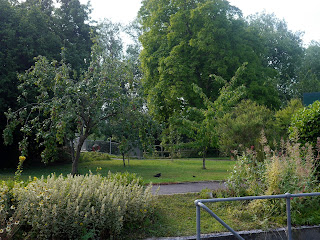 We had arranged for a Sainsburys delivery to be made to The Ferryman at Bablock Hythe.  I prefer Tesco but they wouldn’t deliver there – not sure if it is because it is a commercial premises or that it’s just out of their area.  We have had three Tesco deliveries to commercial premises so I guess it is the latter.  The delivery was due between 1pm and 2pm and we arrived about midday.  We had some lunch and wandered over to the pub for 1pm.  I got a call at 1.40pm to say that the van would be with us in 16 minutes – ah said Richard just time to get in another pint!!  He managed 3 pints in the hour!  A very friendly driver helped us with the goodies to the boat and then I set to trying to find homes for everything.  I’m not sure what happened but my finger must have slipped a few times while ordering and I’ve ended up with four items doubled.  Richard didn’t mind that one of the items was his lager but where on earth am I going to store 32 loo rolls!!!

There was formerly an important vehicular ferry across the River Thames at Bablock Hythe.  The earliest reference to a ferry is in 1279 and later ferries continued to provide a crossing service until the mid 20th century. The ferry was a wide beamed ferry punt with a rope or chain in the river, which provided some hazard to navigation.  In 1279 the ferry was operated by John Cocas and the area was known as Babbelak.  I found these two photo on the internet. 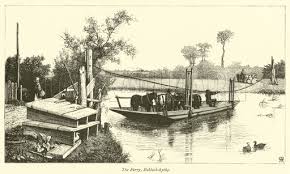 We like Bablock Hythe but there is so much goose poo around that it’s not the nicest of places to moor anymore though Muffin thinks it’s wonderful as he goes round eating it if he gets the chance :-(  We set off for Eynsham on a lovely sunny afternoon down through Pinkhill Lock and found our spot at Eynsham vacant.  The cows were very close and these two little calves were very inquisitive. The mothers were more blasé! 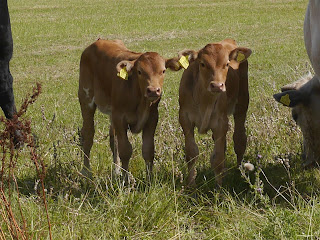 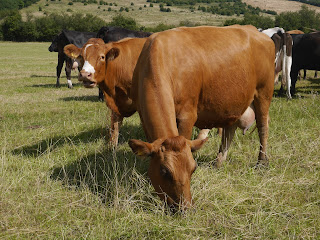 We were sitting on the bank when I got a message from Sally on Demesne that they were moored up round the corner.  We had been missing each other since Sunday so I went over and we had a nice cuppa together and a chat.

I discovered that I can tether my mobile phone to the laptop so managed to get some internet access.  I have “all you can eat” data on the phone but not too sure if it applies to tethering.

There was a lovely sunset and I managed to take a few photos but I think I need more practice. 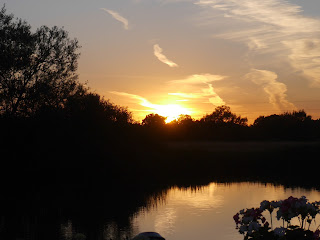 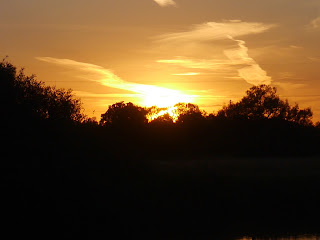