A beautiful morning – blue sky and sunshine.  I saw a hot air balloon out of the window but by the time I had got my camera it had disappeared!

A quick call to Three this morning and I found that my “all you can eat” data does include tethering :-)  It’s a bit of a bind when we are used to mi-fi but, what the heck, we have internet and it’s free!!!

As we were coming out of Eynsham Lock there was a boat waiting to go into the lock.  I recognised the man at the tiller by his hat!  It was Ian on Free Spirit and there at the front was Irene. I read their blog and seen so many photos of Ian in the hat that it just had to be him!!  Sadly there are going upstream but we managed a quick chat while they were in the lock.

We passed Duke’s Cut which leads to the South Oxford but we won’t be using it this time, we will go onto the Canal at Isis Lock. 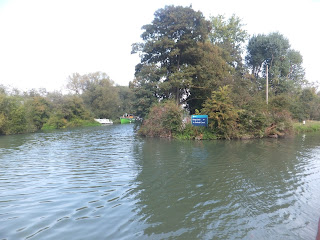 One of my favourite spots on the Thames is at Godstow where there is an abbey which was built on what was then an island between streams running into the River Thames. The site was given to the foundress Edith, widow of Sir William Launceline in 1133 by John of St. John and built in local limestone in honour of St Mary and St John the Baptist for Benedictine nuns; with a further gift of land from him, the site was later enlarged. The church was consecrated in 1139.  The abbey was again enlarged between 1176 and 1188.  The abbey was suppressed in 1539 under the Second Act of Dissolution.  After the dissolution the abbey was converted into Godstow House by George Owen. It was occupied by his family until 1645, when the building was badly damaged in the Civil War. After this damage, the building fell into disrepair and was used by the locals as a source of stone for their buildings.  During the 19th and 20th centuries, the ruined abbey was used for collecting livestock during the annual rounding up of animals on Port Meadow.  One other interesting fact about Godstow is that in Victorian times, Charles Dodgson (aka Lewis Carroll) brought Alice Liddell (aka Alice in Wonderland) and her sisters, Edith and Lorina, for river trips and picnics at Godstow. 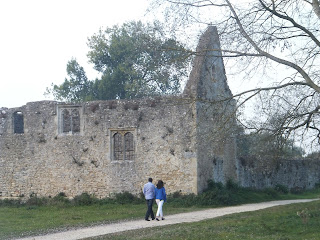 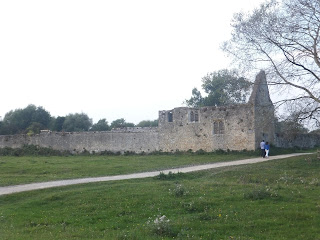 After Godstow the river winds its way through Port Meadow.  It’s a lovely spot and always has a large herd of cattle on it and usually some horses.  I was really disappointed as there were about 50 bullocks in the river as we turned the corner but by the time we got to them most had walked away so I missed the photo opportunity. 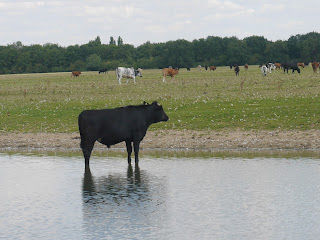 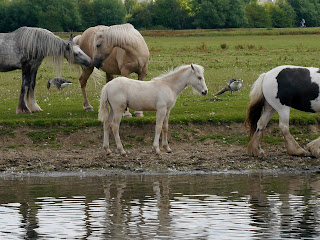 As we approached Osney Bridge we had everything crossed that there would be mooring space at the East Street moorings.  There was probably enough room for three narrowboats so we were OK.

I had a nice quiet afternoon reading while “ants in his pants” Richard was rubbing down and painting.  He found a crayfish just behind the boat – I don’t think it would make much of a meal though.  The East Street moorings are nice – we have stopped here before for shopping but never overnight.  The only trouble is that there is a path very close to the boat  - much closer than a towpath usually is. 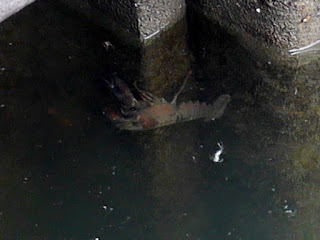