As we hadn’t planned to go far today we didn’t need to set off until 10.30am.  Muffin loved the field we were moored in but there was cow poo everywhere and of course this morning, when no one was looking, he rolled in it!  Richard got out the collapsible bowl that we use for him but of course as soon as Muffin saw it he wasn’t having any of it - we all tried to catch him and in the end it was Sue with the magic touch!

Just as we were pulling pins and Ferndale and FL had gone another boat got in between us which meant that by the time we got to Somerton Deep Lock we weren’t just fourth in the queue but sixth!  There was no one coming down and in the end we managed to get through in 1 hours and 45 minutes.  Still it was a sociable time! 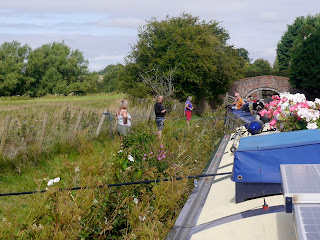 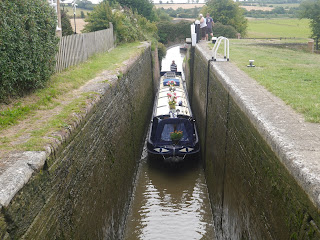 Somerton Deep Lock is the deepest narrow lock on the system at 12 feet deep.  Richard did the boat this time while I was lockside but I have taken the boat in before and it is very deep!

One thing I learnt as I put a post on Facebook is that there are two ways of spelling queuing.  The English Oxford Dictionary doesn’t give queuing at all but apparently “queueing” is correct when you use the Canadian English dictionary but “queuing” becomes correct in the American Dictionary.  Now I bet you didn’t know that! 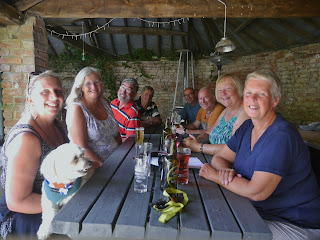 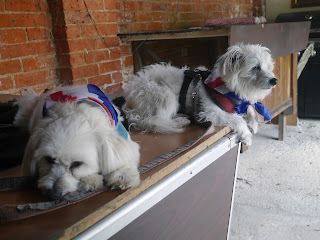 We moored up at Aynho Wharf where we met up with Paul and Elaine and their dogs Sammy and Bombo, fellow bloggers and great friends of R, D, A and S.  Paul and Elaine used to have a narrowboat called Caxton but they are now motorhomers and are parked up on the wharf right opposite us.  We all went into the Great Western Arms for lunch and sat in a cow shed with no sides which was really nice believe it or not! 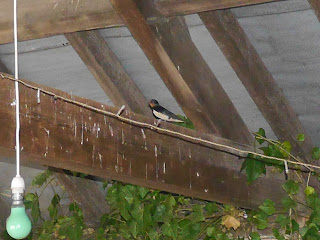 The food was excellent, most people had roast but I had a lovely Cromer crab salad.  The deserts were first-rate – I had banana ice cream which was scrummy. 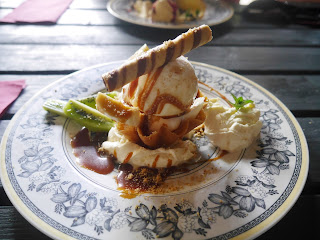 After lunch we all went back to the motorhome where we sat outside on a picnic table very kindly provided by the good people at Aynho Wharf and from inside the tardis Elaine produced eight hot drinks of varying kinds which were then followed by wine and beer. 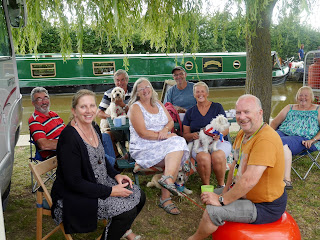