We were expecting rain early this morning but when I woke up all was quiet.  Ferndale and FL pulled in at the wharf and did the necessary while we waited to see if it was going to rain. 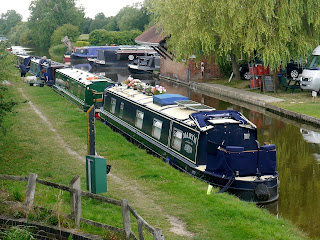 Whilst waiting I discovered that the Oxford Canal was built through Aynho in 1787.  Construction of the Oxford and Rugby Railway between Oxford and Banbury began in 1845. By the time the line opened in 1850 the Great Western Railway had taken it over.  In 1910 the GWR completed the Bicester cut-off line, linking it with the Oxford and Rugby Railway at Aynho Junction. Aynho for Dedddington station was opened in September 1850.  The company provided a second station, Aynho Park railway station, on the new line 130 yards east of the existing station. British Railways closed Aynho Park in 1963 and Aynho for Deddington in 1964. Aynho Junction is now used by Chiltern Railways, CrossCountry, First Great Western and freight traffic.

Aynho is the southernmost settlement in the entire English East Midlands region. 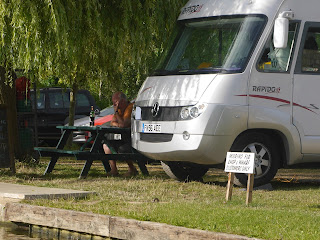 The rain came and went and we moved across the canal to fill up with water and diesel and empty the rubbish.  Paul and Elaine had decided to spend another night at Aynho so we had a chat while Richard rushed around doing what had to be done.  It all got a bit manic as we came to leave and ended up with two boats getting in front of us.

Aynho Weir Lock was busy with two boats going up and two coming down.  We passed the Pig Place which we were going to stop at but have decided to do it on our way back.  Under the M40 and up to King’s Sutton Lock. 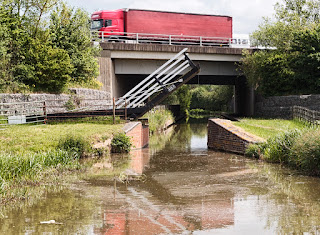 At King’s Sutton Lock the old lock cottage is for sale.  Believe it or not it has four bedrooms and is on the market for £495,000.  The barn and ground opposite is also included.  The ground has a medlar tree on it which last time we came this way had masses of medlars on it but this year we couldn't see very many. 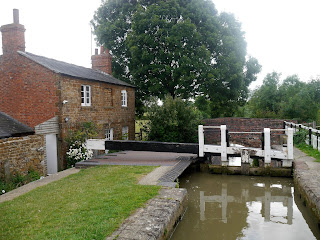 As we left the lock we found Ferndale moored up.  I had read Diane’s messages wrong and I thought they were in Banbury.  As we hadn’t decided where to stop we pulled in in front of them and moored up.  FL had gone ahead and last heard they were leaving Banbury to somewhere rural. From where we are moored we can see the steeple of The Parish Church of Saint Peter and Saint Paul which dates back centuries and is one of King's Suttons most cherished landmarks. 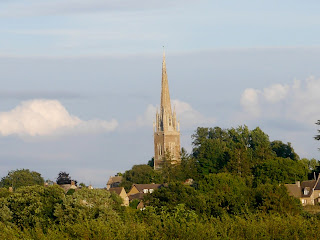 It was a lovely evening with warm sunshine.  The towpath was quiet with hardly anyone using it but sadly we are sandwiched between the railway and the M40 so it’s not the quietest of spots. 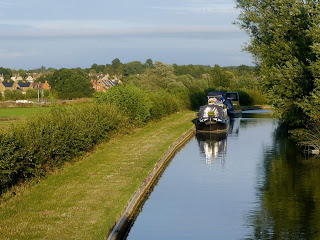