It was time to bid farewell to Oxford, the city of Dreaming Spires however I have renamed it Oxford, the city of White Van Man!!  I guess that most building work is done during the summer vacation and the place is full of white vans which were always eager to get into my photos!

We didn’t rush off this morning.  I had a long phone call with my sister, Penny while Richard tried to sort out the TV aerial which has been cutting out the signal on the TV – usually just at the wrong moment!  We said goodbye to Ray and Diane who were going off shopping into town but we will see them again tomorrow in Thrupp – as long as we can get mooring places. 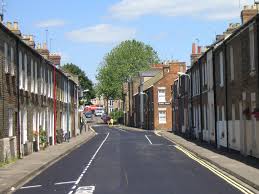 I have been interested to find out why Jericho is so named.  It seems that as it was located outside the old city wall, it was originally a place for travellers to rest if they had reached the city after the gates had closed. The name Jericho may have been adopted to signify this 'remote place' outside the wall.  This was originally an industrial area which grew up because of the presence of the Oxford Canal, which arrived in 1790.  In the 1950s, Jericho was briefly a red light area, and in the early 1960s there were plans to demolish it and replace it with light industrial units and new housing. However, many people objected and campaigned to save the historic area.  Although the houses beyond repair were demolished many were upgraded in the late 1960s and early 1970s with the help of council grants. This encouraged many young professionals and families to move in and subsequently Jericho became one of Oxford's most sought-after areas. Large council and social housing developments were built in the 1970s and 1980s, to house locals whose houses were in disrepair, and asylum seekers.  So an area of rags to riches? 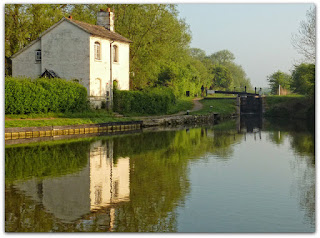 We needed to move today as the things that need emptying were getting pretty desperate to be emptied and the water tank was also getting low.  We didn’t have far to go and had hoped to moor up before we got to Duke’s Cut.  However, even though there are mooring areas we couldn’t get into the side so continued on.  At Duke’s Lock we came across a narrowboat towing another narrowboat and it took them ages to get through the lock.  Richard continued on but got so fed up of the slow speed of the towing vessels that we pulled over before Kidlington Lock for the night.

We passed a lot of moorings designated as “Agenda 21”.  Having never heard of this before I looked it up.  Everything I’ve found has been rather complicated but thanks to Maffi I think it’s a bit clearer now.  “Agenda 21 is an action plan of the United Nations (UN) related to sustainable development and was an outcome of the United Nations Conference on Environment and Development (UNCED) held in Rio de Janeiro, Brazil, in 1992. It is a comprehensive blueprint of action to be taken globally, nationally and locally by organizations of the UN, governments, and major groups in every area in which humans directly affect the environment.”  This means that where Agenda 21 moorings are designated people can live an alternative low impact life style.  Hm.  Isn’t this just legalising continuous mooring??

It was then time to give Muffin a shower.  He is so funny as he obviously hates it and tries to hide under the table then gives in and reluctantly gets into the shower and just stands there with his head hung down hating every minute of it.  Still he is all fluffy now and smells lovely.

It is nice being back on the canals.  It is so different to the rivers though we have grounded a couple of times today.  After we had moored up I took these photos which I think just sums up being on the canal. 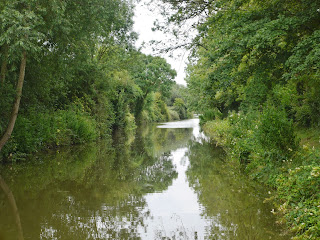 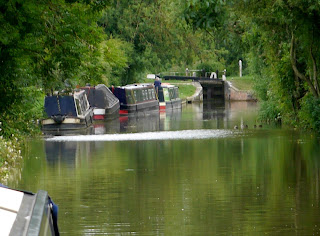