We had outstayed our welcome on the East Street moorings so took ourselves up through Isis Lock and onto the South Oxford Canal.  It was my first lock since October 1st last year and our first time on a narrow canal since April last year. 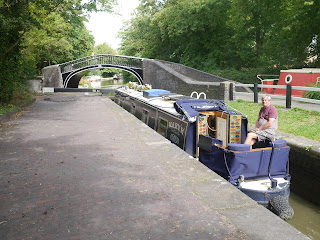 Ferndale had gone up onto the canal at some unearthly hour – mainly before the lock keeper came round as their Thames licence expired yesterday.  We moored up in front of them on the Jericho moorings.  Last time we were through this way was in 2010 and there was no mooring available as everywhere was full of long term moorers but now C&RT are policing it and there was plenty of room on the 48 hours moorings.

We were soon on our way into Oxford as I really wanted to have a better look at some of the colleges.  It was quite a hike into town and we ended up in Broad Street where we went to Mortons again for baguettes and sat in their garden.

The first colleges of Oxford were built in the 13th century, but it wasn't until 1878 that women were admitted to the university, 1920 when they were awarded degrees, and 1974 when the last of the all-male colleges opened their doors to women.

We went up into the courtyard of the Sheldonian Theatre and the Bodleian Library. 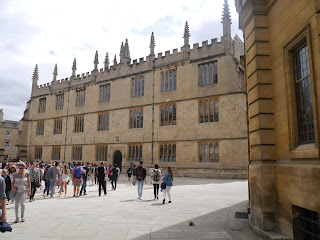 Then under the Bridge of Sighs or Hertford Bridge. 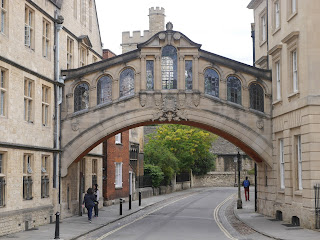 Next was All Souls College 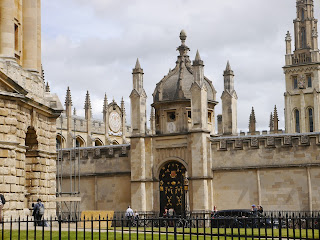 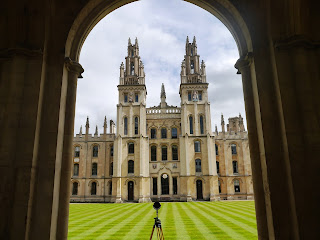 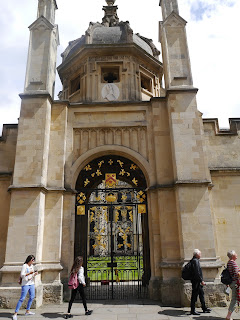 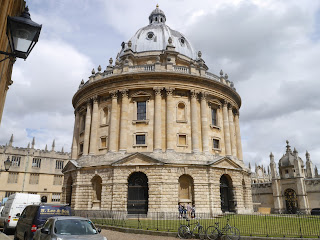 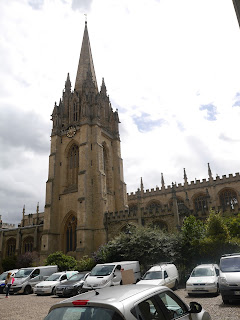 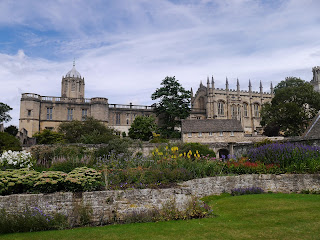 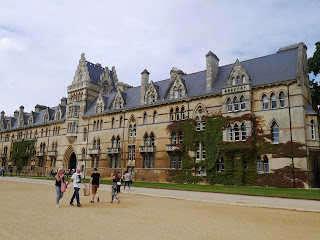 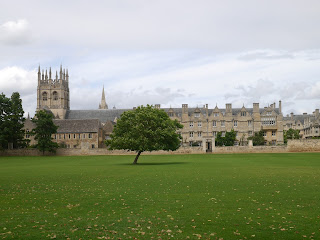 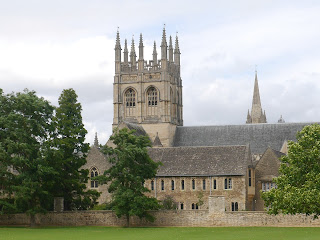 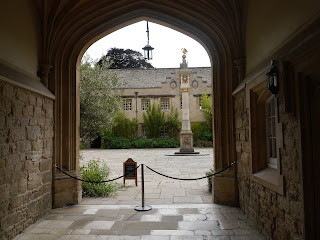 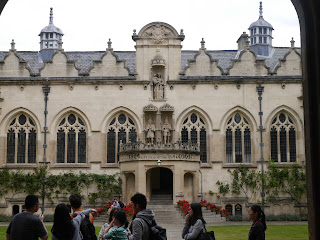 There is so much history in Oxford and I would have dearly loved to have gone into one of the Colleges but with having Muffin it wasn’t possible.  I guess if I had been in each college this blog post would be pages long!  The first colleges of Oxford were built in the 13th century, but it wasn't until 1878 that women were admitted to the university, 1920 when they were awarded degrees, and 1974 when the last of the all-male colleges opened their doors to women.

One thing that I did find interesting though is that Christ Church runs on “Oxford Time” which is 5 minutes later than at Greenwich due to being further west.  Each evening at 9.05pm the bell in the gate tower, Great Tom, is rung 101 times for the 100 original scholars of the college (plus one added in 1664).  Originally it was rung at midnight and since it took 20 minutes to ring the 101, Christ Church gates, unlike those of other colleges, did not close until 12.20am. When the ringing was moved back to 9pm, Christ Church gates still remained open until 12.20am, 20 minutes later than any other college. The bell then remains silent until 8am the next morning when it returns to striking every hour, on the hour (Greenwich Time) until 9pm in the evening.  I’ll bore you with one more fact.  Christ Church has produced 13 British Prime Ministers in the last 200 years. That's more prime ministers than were produced from any other college in Oxford, or of the whole of Cambridge University combined!  I’ve decided that any grandchildren I may have MUST go to Christ Church College Oxford!!

We walked back to Mary H – my feet ached as a lot of the walking was done on cobble stones.  I then spent a while sorting out my photos and labelling them before I forgot which college was which!

Just a word about yesterday’s blog.  I put up a photo of Port Meadows with a Church spire on the horizon.  I spent ages trying to find out which church it was and in the end gave up.  I then had a brainwave – ask the oracle!  So a quick Twitter to Fiona from nb Epiphany and she came back with the answer :-)  Its St. Philip and St. James on the Woodstock Road in Oxford.  Sadly it is no longer a place of worship but The Oxford Centre for Mission Studies which was established in 1983. The Centre exists to aid church leaders.